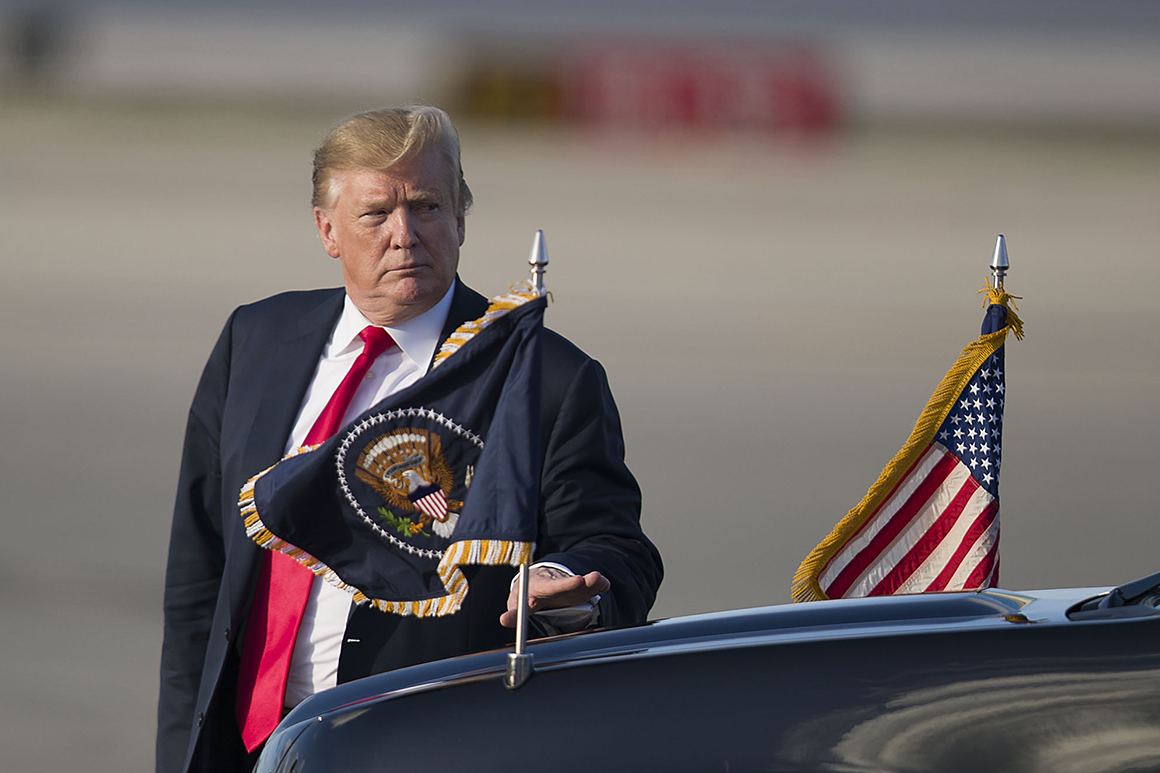 They’re in for a long wait.

The report detailed multiple efforts by Trump and his senior aides to mislead journalists and the public, reigniting a long-running media debate about how to cover such an unprecedented presidency — and when, if ever, to accept White House denials at face value.

The repeated public rejections of key aspects of the report in the face of sworn, on-the-record statements from his own advisers have diminished the power of a denial from the president of the United States — something that once carried a huge amount of weight.

“Reporters have to start assuming that this White House is going to continue to lie and manipulate the media,” Columbia Journalism Review editor Kyle Pope said in an interview. Pope, who said some news organizations were too slow to challenge official White House statements, added: “The dealings with the White House have to be reframed given what we now know about them.”

Pope even questioned the value of quoting or interviewing Trump’s principal spokesperson, White House press secretary Sarah Huckabee Sanders, who admitted to Mueller’s investigators that she made unfounded claims that the ousted FBI director James Comey’s had lost support among his rank and file agents. Sanders later tried to defend her statement, saying the “sentiment” was accurate without offering any proof to support her claim.

“I don’t think Sanders has any credibility whatsoever,” he said.

Sanders did not immediately respond to a request for comment. But she and other White House officials have denounced the media for focusing so much of their attention on the Russia investigation, with some calling on them to apologize. Trump bashed The New York Times on Twitter today, calling on them to “get down on their knees & beg for forgiveness.”

Trump and his staffers have responded to the Mueller report with nearly simultaneous claims of vindication and frustration. The president’s delight that Mueller was unable to establish that the Trump campaign conspired with Russia to interfere in the 2016 election has been quickly replaced with rage.

After initially claiming “total exoneration,” the president now calls some of the report’s findings “total bullshit,” and he has bashed ex-staffers who supplied detailed notes about crucial behind-the-scenes moments at the White House. Trump is particularly furious with former White House counsel Don McGahn, who told investigators that Trump repeatedly told him to oust Mueller, a directive he ignored. The president denies McGahn’s assertion, although Mueller found ample evidence to substantiate it.

“Journalists shouldn’t take anything said by any president at face value, but the Mueller report reminds us that this president in particular says so many things that are flatly untrue that we shouldn’t trust anything without checking it,” said veteran New York Times White House reporter Peter Baker.

“And we didn’t even need Mueller to tell us that,” Baker added. “Every White House reporter has experienced it over the last couple years. Time after time he has denied things that were confirmed elsewhere.”

Increasingly, White House reporters publish blockbuster stories in the face of denials from administration officials and the president himself, standing by their reporting when Trump complains on Twitter. Earlier this month, for example, Trump denied reports that he offered then-Customs and Border Protection Commissioner Kevin McAleenan a pardon if he were jailed for illegally blocking migrant from entering the country.

“I never offered Pardons to Homeland Security Officials, never ordered anyone to close our Southern Border (although I have the absolute right to do so, and may if Mexico does not apprehend the illegals coming to our Border), and am not ‘frustrated,’” Trump wrote on Twitter in response to the reports. “It is all Fake & Corrupt News!”

The news outlets that reported those stories continue to firmly stand behind their reporting.

Trump’s team also initially denied playing any role in the hush-money payments to Stormy Daniels and Karen McDougall. The Wall Street Journal published a series of stories on the payments anway, eventually reporting last year that Trump played a “central role” in the payments.

Privately, White House reporters said they felt vindicated by Mueller’s report, noting that it supported much of their reporting about the president over the last two years. They have no plans to apologize for their coverage.

But that hasn’t stopped Trump and his aides from calling for journalists to beg for forgiveness.

"We’re accepting apologies today, too, for anybody who feels the grace in offering them,” Kellyanne Conway, a senior Trump adviser, told reporters last week.

An increasingly agitated Trump let loose on Twitter on Tuesday morning, asserting that Democrats and the media “have gone totally insane!”

“I wonder if the New York Times will apologize to me a second time, as they did after the 2016 Election. But this one will have to be a far bigger & better apology,” Trump tweeted on Tuesday morning. “On this one they will have to get down on their knees & beg for forgiveness-they are truly the Enemy of the People!” The New York Times has not apologized to the president for its 2016 coverage.

Some reporters reject the notion that their coverage of the president should be more aggressive in light of the revelations in the Mueller report, noting that reporters have already taken an adversarial approach to reporting on the White House.

Asked if reporters’ approach to White House coverage should change in the aftermath of the report, Bob Woodward said, “I don’t think so. I think, by and large, people have maintained their aggressive edge.”

Woodward, in an interview, added that reporters should focus less on allegations of Russian collusion and more on what he called the “governing crisis” created by the internal chaos in the White House. Issues like Trump’s policy toward Iran are deeply consequential and warrant deeper scrutiny from the press, he said.

The veteran Washington Post reporter noted that he was unable to uncover evidence that Trump and his campaign colluded with Russia while reporting his best-selling book about the president.

“People were applying the Watergate template, saying this is Watergate,” Woodward said. “Well, it’s not yet and it may not be.”