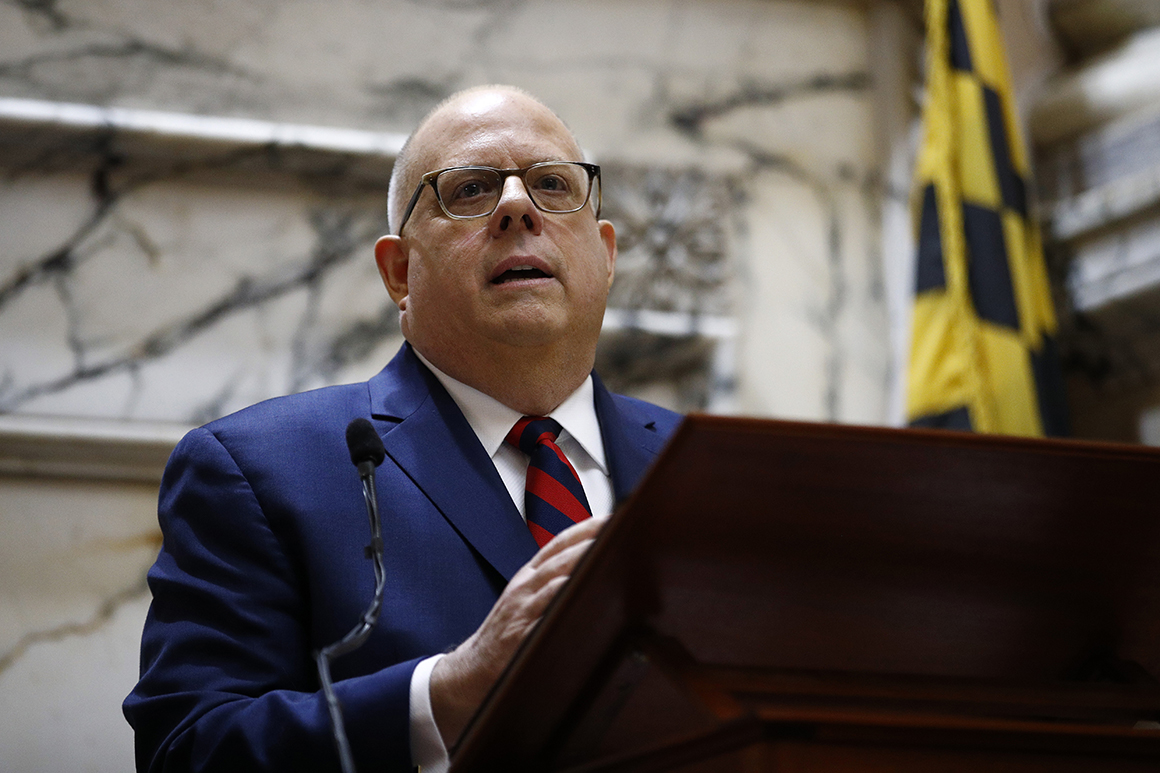 Hogan, who’s weighing a challenge to Trump in the 2020 Republican primary, said he’s unafraid to stand up to the president but is in no rush to jump into the race.

Contrasting himself with the nearly two-dozen Democrats running for president, Hogan said he’s got plenty of time to decide on a 2020 bid. The deadline to get on the first-in-the-nation primary ballot in New Hampshire is in November, he pointed out.

"People have asked me to give this serious consideration and I think I owe it to people to do just that," Hogan said during a speech in Manchester on Tuesday. "I’ve been to 10 states in the past few months and I have 16 more on my schedule."

Hogan‘s New Hampshire visit follows on the heels of a March visit to Iowa, another early presidential voting state. And in February, Hogan slammed the Republican National Committee for trying to protect Trump from a primary challenge after the RNC passed a resolution giving the president its “undivided support” ahead of the 2020 election. The White House has kept careful watch on Hogan’s moves for months as a result of his criticisms and heightened national profile.

The two-term governor opened his remarks by saying he wasn’t at St. Anselm College to make any official announcements regarding a challenge to Trump, but nevertheless delivered a speech that criticized the president’s leadership and called for more optimism and bipartisanship in politics.

“I still believe what unites us is greater than what divides us,” Hogan said. “My last four years have blessed me with optimism, not burdened me with dread."

Addressing special counsel Robert Mueller’s report on Russian interference in the 2016 election, Hogan said the redacted document revealed "unsavory stuff" about Trump that didn’t make him proud of the president, and that the report "did not completely exonerate the president." But Hogan asserted Congress should not begin impeachment proceedings because they would not be productive. Hogan also contrasted himself with Republicans in Washington and across the country in their approach to Trump.

"There are a number of my colleagues, both governors and senators, members of the House, who will say privately that they’re very concerned. They won’t say it publicly and I think it’s because they’re afraid. There are no profiles in courage here. They’re afraid of being primaried, they’re afraid of being tweeted about. Very few of us are willing to stand up and do the right thing," Hogan said. "I don’t think there should be Democratic overreach and I also don’t think there should be a cover-up from the administration."

Acknowledging the difficulties of challenging a president who remains popular with the party base, Hogan said he would not run without proven support, and would not go up against Trump just to damage him.

"I’m not going to launch some kind of suicide mission," Hogan said. "I care about the future of my party, I care about the country but I would not run just to be a spoiler to the president. I’ve got a state to run."

If he does run, Hogan sees a path forward in states that hold open primaries, where Democrats and independent voters can cast whichever ballot they choose. The strategy is similar to the one pursued by GOP presidential candidate and former Massachusetts Gov. Bill Weld, who hopes to garner support among independent voters rather than Republicans who staunchly support the president.

A day before his stop at St. Anselm College, Hogan had lunch with Massachusetts Gov. Charlie Baker, another blue-state Republican who is popular among independent and Democratic voters. Like Hogan, Baker has been critical of some Trump administration policies and did not vote for Trump in 2016. Both governors, who face considerable Democratic legislative majorities, have kept the national party at arms’ length, calling instead for bipartisanship and a no-drama approach to governing

"We just had lunch. he gave me good advice, we’re good friends," Hogan told reporters after the speech. "I don’t want to discuss an exact private conversation with him." But asked whether they talked about the 2020 presidential race, Hogan said "a little bit."

Baker served as a cabinet secretary in the Weld administration in the 1990s.

“Bill Weld called me just before he announced," Hogan said. “I thanked Bill Weld for stepping up. I think others ought to consider it.”

Trump continues to hold strong support among Republican voters. In New Hampshire, the president has an 80 percent approval rating among Republicans likely to vote in the primary. He’s also raised $30 million in the first quarter of the year. Hogan said it’ll take time to introduce himself to early state voters and get his poll numbers up, and pointed to polling that says even Republican voters want to see a primary challenge to the president.

"I’m pretty good at retail politics, and that’s how I won my state with no money," Hogan said. "Who knows."