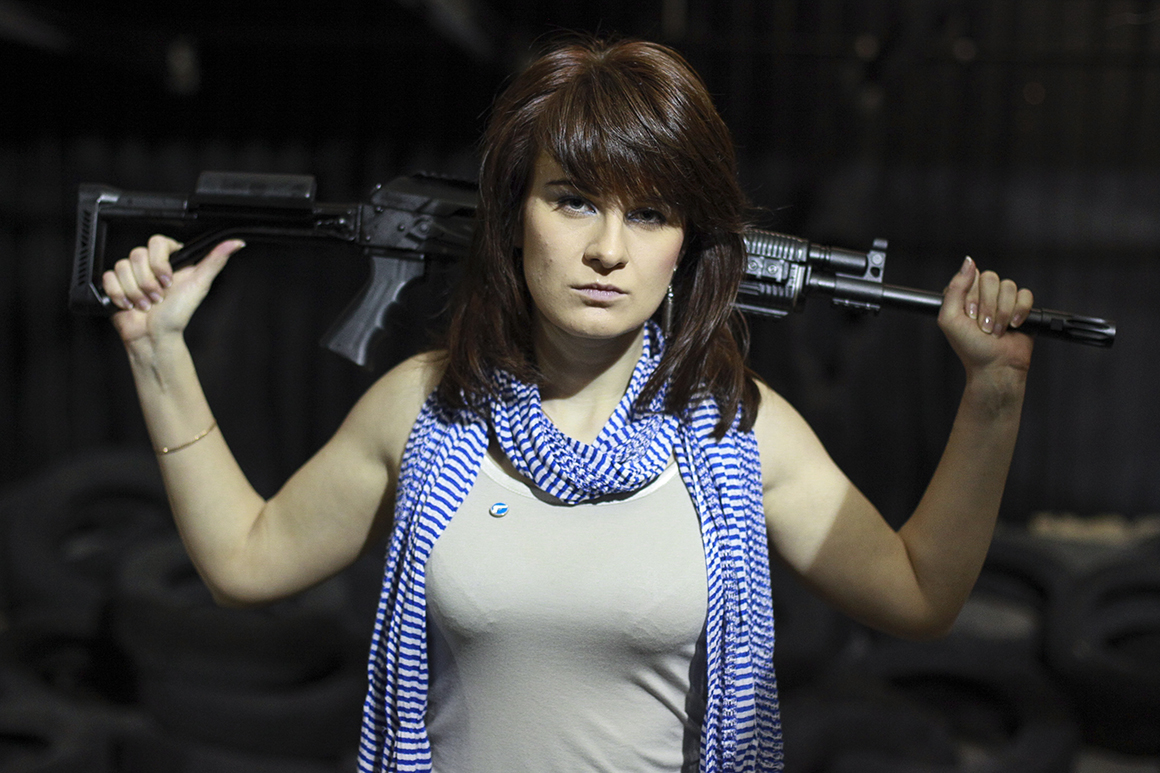 Jared Kushner, in his first public comments since the public release of special counsel Robert Mueller’s final report, on Tuesday downplayed the impact of Russian interference in the 2016 election, which saw his father-in-law win the Oval Office.

“You look at what Russia did, buying some Facebook ads and trying to sow dissent. It’s a terrible thing,” Kushner, who is also one of President Donald Trump’s senior advisers, said at a Time magazine event in New York. “But I think the investigations and all of the speculation that’s happened for the last two years has a much harsher impact on our democracy than a couple Facebook ads.”

The Justice Department, however, is offering a starkly different assessment of the potential dangers of a Russian intelligence operation for U.S. national security — and argues that it doesn’t take a master spy to do serious harm.

In a little-noticed court filing on Friday, an expert witness for the government, Robert Anderson Jr., a former assistant director of the FBI’s counterintelligence division, outlined how the activities of the Russian gun-rights activist Maria Butina during the election contained all the hallmarks of a sophisticated intelligence operation.

Anderson’s declaration has spawned a new fight between the government and Butina’s lawyers, who countered that it was speculative and blurred the line between informal networking and clandestine intelligence operations.

But the filing also sheds new light on how the Justice Department views the ongoing threat of Russian attempts to influence American politics, and goes well beyond what Mueller’s team was able to say in its 448-page report.

Allowing Russia to “bypass formal channels of diplomacy, win concessions, and exert influence within the United States” by entertaining backchannel lines of communication could result in “commensurate harm to the United States, including harm to the integrity of the United States’ political processes and internal government dealings, as well as to U.S. foreign policy interests and national security,” Anderson wrote.

Butina created a plan called the “Diplomacy Project” in March 2015 aimed at cultivating Republican presidential candidates and their advisers and reporting her progress back to Alexander Torshin, a deputy governor of the Central Bank of Russia.

She also tried to connect members of the National Rifle Association with Kremlin officials in December 2015 during a trip to Moscow, prosecutors say, and held U.S.-Russia “friendship dinners” to “exert the speediest and most effective influence on the process of making decisions in the American establishment,” according to a document she wrote during the election.

Butina pleaded guilty in December to conspiring against the U.S, agreed to cooperate with federal investigators and is in jail awaiting sentencing.

Butina wasn’t the only Russian trying to make inroads outside of formal diplomatic structures during and after the election, however. And she was arguably the least successful.

Mueller confirmed in his report that Paul Manafort, the campaign’s chairman, discussed ways to forge a Russia-Ukraine “peace plan” that would bolster Moscow’s influence over Kiev; that the incoming national security adviser, Michael Flynn, discussed sanctions relief with the Russian ambassador before Trump even took office; that Kushner suggested using Russian Embassy facilities to discuss Syria policy during the transition period, thereby evading detection from the U.S. intelligence community; and that a two-page document outlining a U.S.-Russia reset made its way from the head of Russia’s sovereign wealth fund to then-Secretary of State Rex Tillerson.

The first half of Mueller’s report was laser-focused on answering the question of whether Trump or members of his campaign had engaged in a criminal conspiracy with Russia to hack into Democrats’ emails or influence the election through social media; it ultimately concluded that they had not.

Mueller had little to say about the broader national security implications of Russia’s efforts to cultivate Trump associates. But Andrew Weiss, the vice president for studies at the Carnegie Endowment for International Peace, where he oversees research on Russia and Eurasia, noted on Twitter on Monday that, seen against the backdrop of Anderson’s declaration, “it’s clear that the conduct outlined in Volume I of the Mueller Report created enormous damage to US national security.”

Because the U.S. is “Russia’s primary target “for malign and intrusive intelligence operations,” Anderson wrote, the Kremlin is not just looking for classified information or trade secrets. It’s looking for access points and opportunities to influence policy.

“In targeting the United States, Russia works … to collect any information that could, by itself or in conjunction with other efforts, assist the Russian government in increasing its geopolitical power or undermining and harming that of the United States,” he continued.

The special counsel’s counterintelligence findings could illuminate the extent to which people in Trump’s orbit — and the president himself — have been, or remain, compromised. But those findings were largely handed off to the FBI over the course of the 22-month probe and were not enumerated in the final report.

Butina’s lawyers, meanwhile, have argued that the broad theory Anderson put forward — that a foreign national may be acting as an “access agent” when hobnobbing with D.C. operatives and sending information about those dalliances back to their government — “effectively criminalizes all networking behavior if done by a foreign national.” Her lawyers said in another court filing on Tuesday that it could take “months” for them to respond to Anderson’s declaration if the judge declines to strike it, indefinitely delaying Butina’s sentencing hearing. The hearing had originally been set for April 26.

D.C. prosecutors have been aggressive in the Butina case, as evidenced by their assertion early on that she was trading sex for a position in a special-interest organization — an accusation that the government walked back after realizing that it had misinterpreted a piece of evidence.

Prosecutors also recommended an 18-month sentence for Butina, despite her lawyers’ expectation that they would not make a specific recommendation given the 10 months she’s already spent in jail.

Butina’s lawyers also feel the government blindsided them with the last-minute Anderson affidavit that made her look complicit in a Russian intelligence operation.

“The fact that the government used this filing — made late in the evening on Good Friday … less than a week before sentencing — to unveil a complete new theory of the government’s case creates additional due process issues,” they wrote in a motion to exclude and strike Anderson’s declaration.

Disputes over the government’s conduct aside, the Anderson declaration was a striking — and ominous — analysis of the Russian government’s intelligence-collection methods.

“Russia’s efforts targeting the United States take a myriad of forms — it is, in essence, a numbers game,” he wrote. “Not every intelligence campaign needs to be successful for Russia to have achieved its goals.”