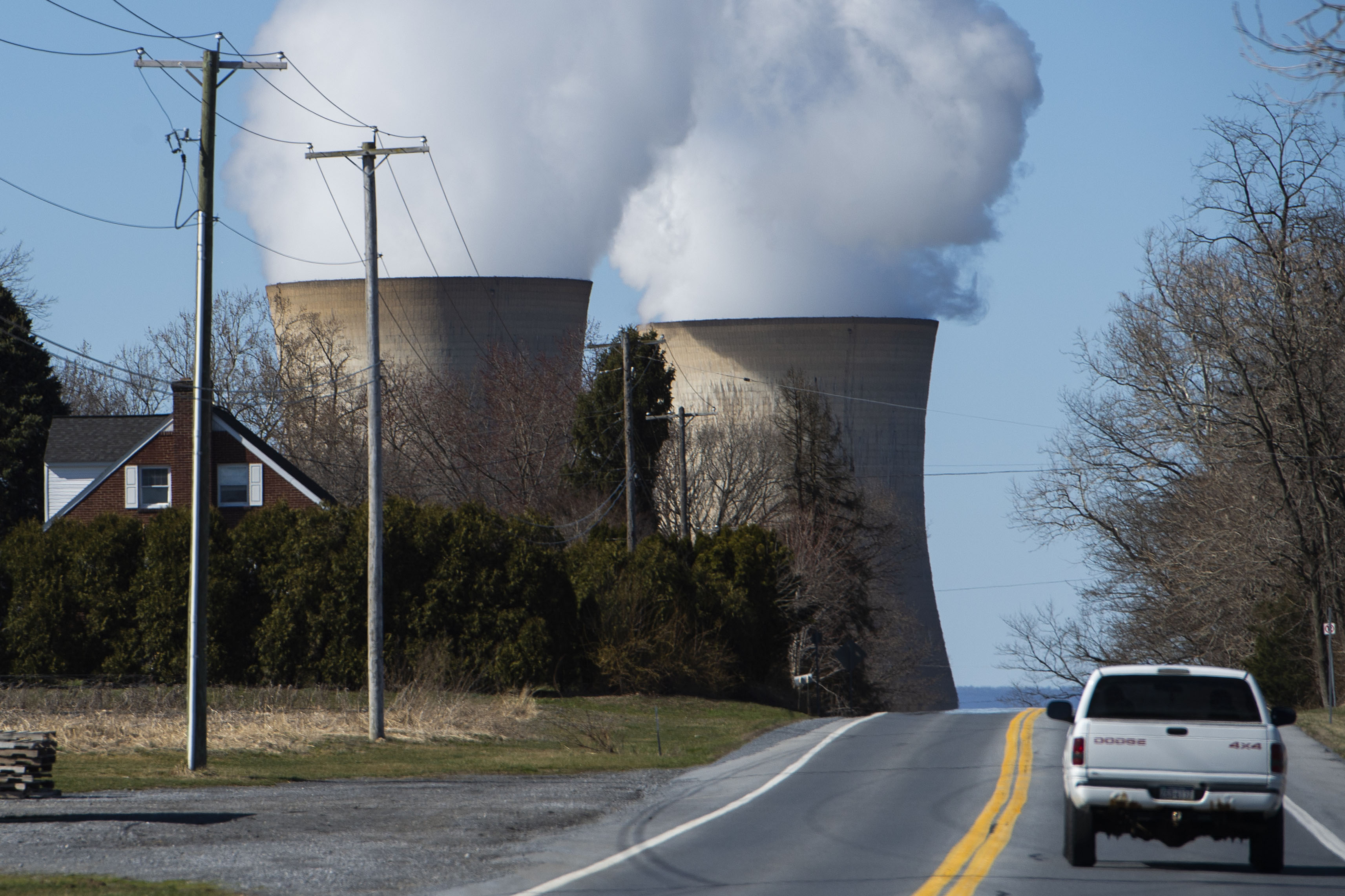 Climate change is underway—and with the U.S. government mostly sitting on its hands when it comes to climate policy, states have been stepping into the breach. For more than a decade, state officials have been adopting procurement mandates to grow the share of electricity needs supplied by solar, wind and other renewable technologies. Today, such laws are in force in 29 states. As renewable technologies have grown in scale, cost has declined. Indeed, these laws have been so effective at reducing the cost of renewables that it is not readily apparent that such mandates are a necessary driver for decarbonization. A recent report by Energy Innovation, an independent research firm, suggests three-quarters of the U.S. coal fleet could be replaced today by renewables solely for economic reasons.

Yet these laws remain on the books, and recently some of the nation’s largest energy producers have started to turn them to their own benefit. For the past several years, I’ve been researching clean-energy regulations at the state level, and a troubling pattern has begun to emerge: In numerous states, companies with large investments in nuclear energy — including Exelon, First Energy, Dominion and PSEG — have lobbied states to reconfigure their clean-power incentives to subsidize existing nuclear plants, rather than the emergent technologies that the laws were intended for.

The result is a contagion of subsidies to nuclear power plants that started in Democratic states like Illinois and New York in 2016, spread to Connecticut in 2017 and New Jersey in 2018. Bills to this effect are now being considered by Republican-led chambers in Ohio and Pennsylvania. If those measures pass, nuclear interests will have executed a clean sweep of the six northeastern states that have the largest quantities of nuclear generation.

The state nuclear-handout schemes are all slightly different. But they all take advantage of green-sounding energy incentives, and they share a basic outline intended to avoid the appearance of being a naked subsidy. For example, Illinois’ program creates a commodity called a “zero emission credit,” or ZEC. A ZEC may only be created by a “zero emission facility” — which makes it sound like they are available to any form of zero-carbon energy. But the law defines “zero emission facility” as being a power plant “fueled by nuclear power.” The law then creates an artificial demand for ZECs, requiring utilities to buy a certain quantity. The law sets this number at a level tellingly similar to the total expected output of the state’s nuclear power fleet. All of this is topped off with a requirement that a government commission pass through the costs of these ZECs to customers through a mandatory rate they have no choice (other than cutting the cord entirely) but to pay.

In short, the law seems to be creating a program that promotes adoption of all kinds of clean energy, but in fact creates a direct subsidy for nuclear power plants and guarantees them customers for years to come. Instead of spurring competition between emissions-reducing power sources, it locks in one energy supplier for the foreseeable future.

These state policies starkly differ from other carbon-reduction policies, such as a carbon tax or a cap-and-trade program. Those policies have the advantage of aiming directly at their target: carbon emissions. While potentially costly, either would circulate revenue back to consumers or taxpayers, or use that revenue on government spending intended to amplify the program’s core purpose.

THAT’S NOT THE case here. The nuclear subsidy schemes are an elaborate greenwashing that neither returns money to the public nor further reduces carbon emissions. And these are not cheap programs. Exelon booked $150 million in 2017 from the sale of ZECs produced by its six Illinois nuclear plants. New Jersey just last week gave final approval to a $300 million annual tranche of subsidies, over the objections of one utility regulator who called it a “disgrace.” Ohio’s has a similar tab, and would partially pay for it by repealing incentives for renewable technologies. Pennsylvania’s program, if enacted, would cost more than $500 million per year, all paid for by ratepayers. That is quadruple the cost of the state’s existing alternative-energy procurement mandate. In total, these state programs’ costs run into billions of dollars—in addition to what these nuclear generators are already being paid from the sale of their energy on the open market.

Supporters say directing subsidies to existing nuclear power plants is necessary to prevent their closure and a loss of jobs. They also say that supporting nuclear power would help ensure that emissions do not spike if nuclear units are replaced by abundant and cheap natural gas.

But the contention that nuclear facilities might close without subsidies is dubious. Indeed, the argument is contradicted by the most recent available market data. It is true that wholesale power prices have fallen 40 percent over roughly a decade in North America’s largest electricity market, known as PJM, from Illinois to Maryland. But Joe Bowring, PJM’s independent market monitor, the official appointed to conduct analysis independent of any financial participant, forecasts that for the 18 nuclear plants in the PJM market, only three are projected to be unprofitable between 2019 and 2021. The at-risk plants are older, smaller, single-unit facilities, like Pennsylvania’s Three Mile Island.

It’s also important to keep sight of the big picture: Lower energy prices are a good thing for consumers, both private citizens and businesses. Lower prices are only a crisis for energy suppliers who can’t compete.

In my conversations with state officials, some have struggled to understand how this has emerged as a political issue if the nuclear fleet is not, in fact, facing an existential crisis. This is naïve. Executives at corporations that own nuclear power plants, watching as neighboring states hand out subsidies, have a fiduciary duty to their shareholders to try to get it for themselves—whether or not their plants are already turning a profit. Debra Raggio, senior vice president for regulatory affairs for Talen Energy, admitted as much when she testified before a Pennsylvania legislative committee at an April 8 hearing, saying that if the state’s legislation featured a needs test to determine whether nuclear plants actually needed a subsidy to remain open, her company would oppose the bill. Bowring projects that the company’s only Pennsylvania nuclear plant, located along the Susquehanna River, will be profitable in each of the coming three years. In Ohio and Pennsylvania, the whole drama is unfolding on terms dictated by the nuclear plant owners, with utility corporations making threats to shut down certain facilities to force sweeping legislative action without the time for meaningful scrutiny.

BY PROPPING UP older technologies, these state bailouts actually risk doing harm to innovative technologies looking to break into the market. Pennsylvania provides a useful example. In 2004, the state Legislature set aside a relatively modest amount of consumer demand to be served by renewable and other technologies in its Alternative Energy Portfolio Standard. That program constitutes 18 percent of consumer demand. Under the current proposal, a whopping 50 percent would be carved out for existing nuclear plants. In other words, 68 percent of customer demand would be met by power plants preordained by government officials for that purpose. That leaves energy producers who don’t benefit from subsidies left to fight for the scraps. One cannot encourage innovation when the innovators have only one-third of the market share to compete for.

Sadly, these handouts are unraveling a successful state policy that has benefited customers and reduced carbon emissions in the process. Pennsylvania and the other nuclear battleground states adopted policies two decades ago to replace government planning and monopolies with competition between generators. The results have been significant. Customers in these so-called restructured states have seen their electricity costs drop an average of 8 percent between 2008 and 2016, according to a 2017 study by Phil O’Connor, the late chairman of the Illinois Commerce Commission. Customers in states where legislatures, government commissions, and monopolies together select the “right” resource mix have seen prices rise 15 percent. Meanwhile, these competitive markets ensured that when the Marcellus natural gas shale supply boomed, that uneconomic coal plants did not hang around. Carbon emissions from the U.S. power sector have declined 3,855 million metric tons between 2005 and 2017, according to the Energy Information Administration. The majority of those savings, 2,360 million metric tons, come from natural gas’ replacement of coal, and not zero-emission facilities. It’s deeply ironic that these competitive markets might become a victim of their own successes.

The necessity of acting on climate change is palpable in our politics today. But the answer is a genuine competition between low-emission producers through a market for carbon, not handouts to the nuclear industry. The legislation proposed in the Pennsylvania House of Representatives plays footsie with this issue, suggesting that if a price of $15 per ton of carbon emissions were enacted, the nuclear handout would sunset. This is silly. After all, if you’ve got your subsidy, are you going to be willing to support a law that sets a more level playing field between clean-energy technologies—or where you might lose out to efficient gas generators? It would be next to impossible to obtain a comprehensive carbon policy if technology-specific handouts such as these continue to become law, because the political support that might have existed for a carbon policy would have been sapped.

Whatever your view of nuclear energy, it should compete fairly against other electricity sources. In the run-up to this year’s legislative session in Harrisburg, Exelon tripled its lobbying expenditures in Pennsylvania, to $1.7 million, which is a lot of money in state politics. But the company stands to obtain a large portion of the annual $500 million dole of the Pennsylvania nuclear program. That’s a good return on investment—and easier to earn than having to compete for it.

Travis Kavulla is director of energy and environment policy at the R Street Institute.