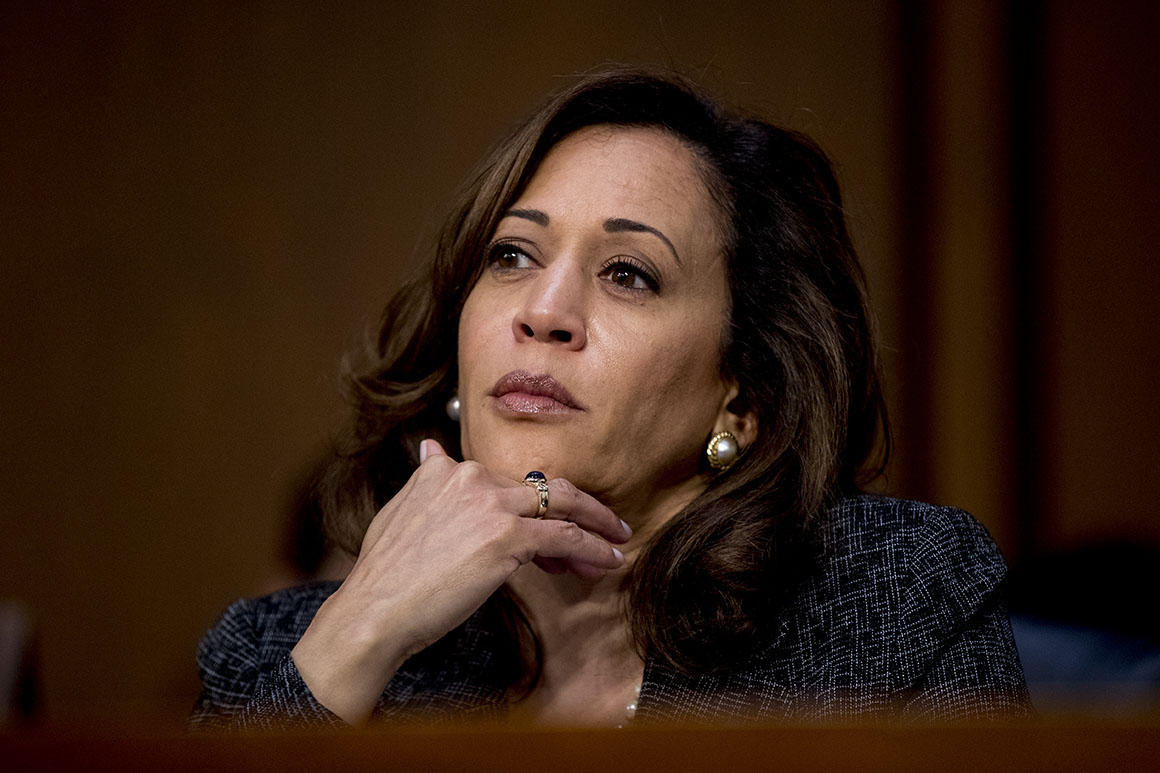 The pivotal early primary state is the linchpin of Harris’ strategy to capture the Democratic nomination, yet the former vice president’s experience, pragmatism and close association with former President Barack Obama have given him a significant advantage here — even more so than in other states, according to more than two dozen interviews with state operatives and elected leaders, as well as public and private polling.

African-Americans and women make up strong majorities of Democratic primary voters here, and Harris aggressively courted local support last weekend in her fourth visit of the young campaign, which focused on rural areas. Biden, meanwhile, starts with broad across-the-board backing from an array of establishment Democrats to rank-and-file black voters. His overall early support skews toward older South Carolinians that form the most reliable voting bloc — and who are assembling to support Biden right away when he jumps into the race this week. State Rep. Jerry Govan, the chairman of the Legislative Black Caucus, told POLITICO he expects Biden to receive “a warm welcome from a very diverse group of South Carolinians.”

“He has friends — a bunch of old friends,” added state Sen. Dick Harpootlian, the former South Carolina Democratic Party chairman, who is helping Biden allies coordinate on the ground. Once he announces, “We’re going to be able to reveal a whole bunch of supporters.”

Biden’s close associations in the state include his former White House adviser Fran Person and former state director Trip King, along with Harpootlian, who has been leaning on elected leaders. Last week, when Biden gave the eulogy for Fritz Hollings, the longtime U.S. senator and former governor of South Carolina, state Sen. Marlon Kimpson marveled at his statesmanship.

“I thought to myself, I’m witnessing someone who has what it takes to make a great president,” he tweeted.

State Sen. David Mac, who for decades has hosted a radio program, said he’s lining up behind Biden, arguing he’s best positioned to galvanize voters not only in his state, but across the Rust Belt. “It’s my belief that to get out of this big mess we need someone like Joe Biden in there,” Mac said in an interview. “We need that person who could get things back on an even keel. We’re in a bad place right now.”

Others aren’t panicking — but representatives for each of their campaigns acknowledged Biden’s strengths. On Saturday, Harris indicated she isn’t worried about Biden’s command, saying “it’s early” when asked why he and Sen. Bernie Sanders — two white men in their late 70s — remain atop the primary polls.

“I actually wouldn’t hang my hat on that,” Harris said ahead of a small rally at South Carolina State University in Orangeburg. She ended her thought with exclamation point: “Period.” 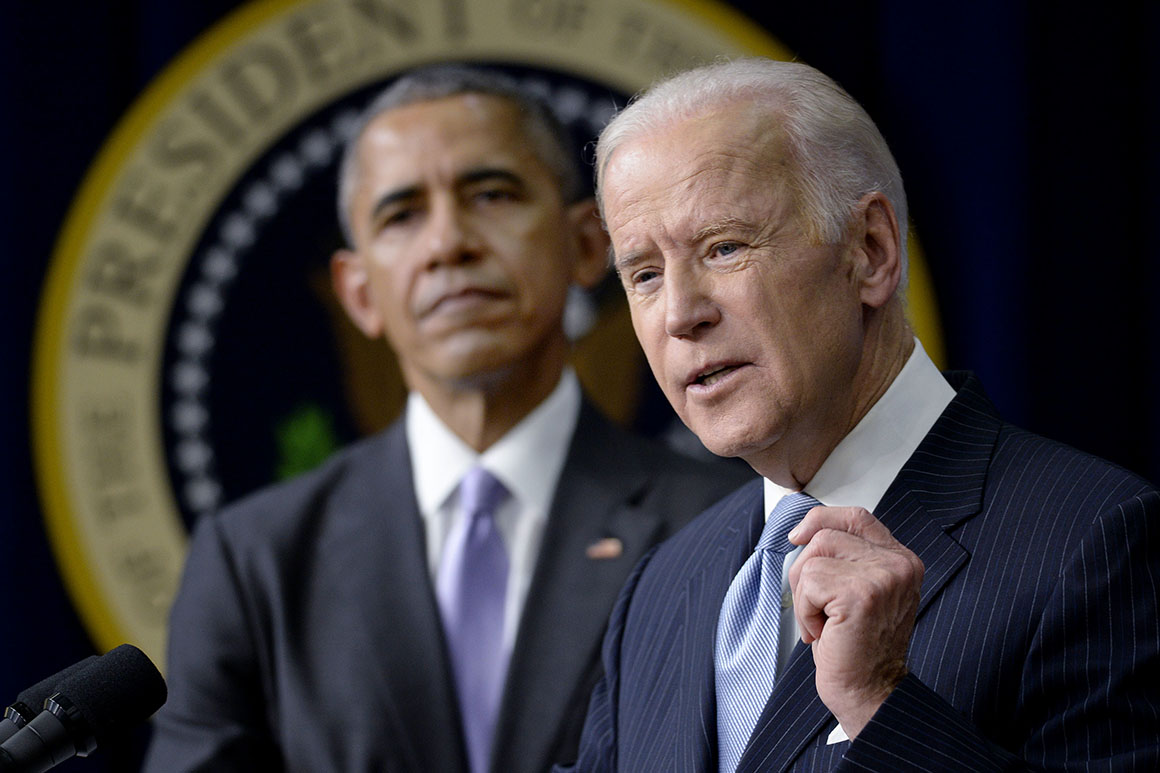 Indeed, Harris has a clear opening: While the 2020 field is larger and more diverse, Biden’s strong early footing reminds some of Hillary Clinton’s lead in 2008, before Obama’s campaign caught fire and he won the South Carolina primary. State Rep. Kambrell Garvin, who has talked to several 2020 candidates, but has yet to endorse anyone, recalled the “avalanche of change that happened closer to January 2008” in contending Biden still has work to do.

“He has barriers he is going to have to get over, including convincing younger folks that he’s the right candidate,” Garvin, the second-youngest member of the state’s General Assembly, told POLITICO.

Biden, meantime, will face fresh scrutiny for his handling of the Anita Hill testimony — and for his positions, such as his support for the crime bill and opposition to busing for school desegregation. Harris, too, has prompted questions relating to her record as a prosecutor and state attorney general.

“There are questions that should be asked and answered,” Garvin said of both of the candidates, though he’s been picking up considerable excitement around Harris’ campaign of late. “We as Democrats run the risk of looking for the perfect [candidate]. We’ve got to find somebody that speaks to our values — and somebody that can stand up to this president.”

Harris spent her latest weekend in South Carolina painting herself as a fresh voice and confronting President Donald Trump. She headlined a well-attended town hall at Winthrop University in Rock Hill, spoke to a church in Holly Hill and attended the Easter service at the Bible Way Church of Atlas Road. There, Pastor Darrell Jackson Sr. led his mostly black membership in chants of “make history.”

“We are praying for you — as you, once again, will make history,” Jackson, himself an influential state senator from Richland County, told Harris during the service.

At the Greater Target AME Church, members informed Harris’ campaign team she was the first presidential candidate to visit the rural house of worship, not just in 2019 — but in its 150-year history. When a woman asked Harris what sets her apart from the rest of the 2020 Democratic field, Harris pointed to her executive experience: “We need somebody on that stage who is a proven leader,” she said, citing her work on the foreclosure crisis and education taking on the big banks and for-profit colleges.

“This not as a criticism of anyone, but this a moment that is not just about pretty speeches. You got to know how to fight. I know how to fight,” Harris said. “I also believe this is going to be a moment in time where we need somebody on that stage who has a proven ability— and a real ability— to prosecute the case against the policies of this administration. And I know how to do that.”

Later, Harris and supporters leaned into her background: The senator’s father is from Jamaica and her late mother immigrated from India. She talked about being the daughter of civil rights activists in Oakland and finding strength in uniting people around the collective fight for equality and dignity — “we need that again,” she said.

“So, who has the ability to do that?” Harris asked, in an overt remark about her appeal. “To speak to young people, to speak to women — you can go through all of the demographics of how pollsters will talk about it.”

Harris’ return to South Carolina corresponded with a wave of focus from other candidates. Sanders spoke to an event in Spartanburg at a black church with the South Carolina Legislative Black Caucus. Ahead of Biden’s entry, he and Sen. Cory Booker have been rolling out slates of local endorsements. On Monday, former Rep. Beto O’Rourke announced that Lauren Harper, an adviser to Columbia Mayor Steve Benjamin, would direct his operations in the state. Tyler Jones, who helped orchestrate Rep. Joe Cunningham’s victory and was part of the “Draft Beto” movement, joined O’Rourke as a senior adviser.

Sen. Elizabeth Warren, meanwhile, is making a policy-focused play there ahead of her trip this week.

Former Gov. Jim Hodges said he’s already talked with several 2020 candidates and surveyed many politically active former constituents in the state. In an interview, Hodges said he doesn’t get the sense they’re holding out for Biden, though he is open to backing the former vice president.

“They are waiting on an epiphany of who to support,” said Hodges, who dined with Harris and her sister, campaign chair Maya Harris, during an earlier visit. “They are looking for a connection with a candidate. They are waiting for that moment to occur. I have said this for a long time, but I think it’s pretty wide open."

“The issue is there are a lot of different choices — and new political talent that people haven’t had time to evaluate," Hodges continued. "And what you’re seeing is that all of the people who have been around before are getting some heartburn over whether the message of the 2018 election is, ‘We want something new.’”