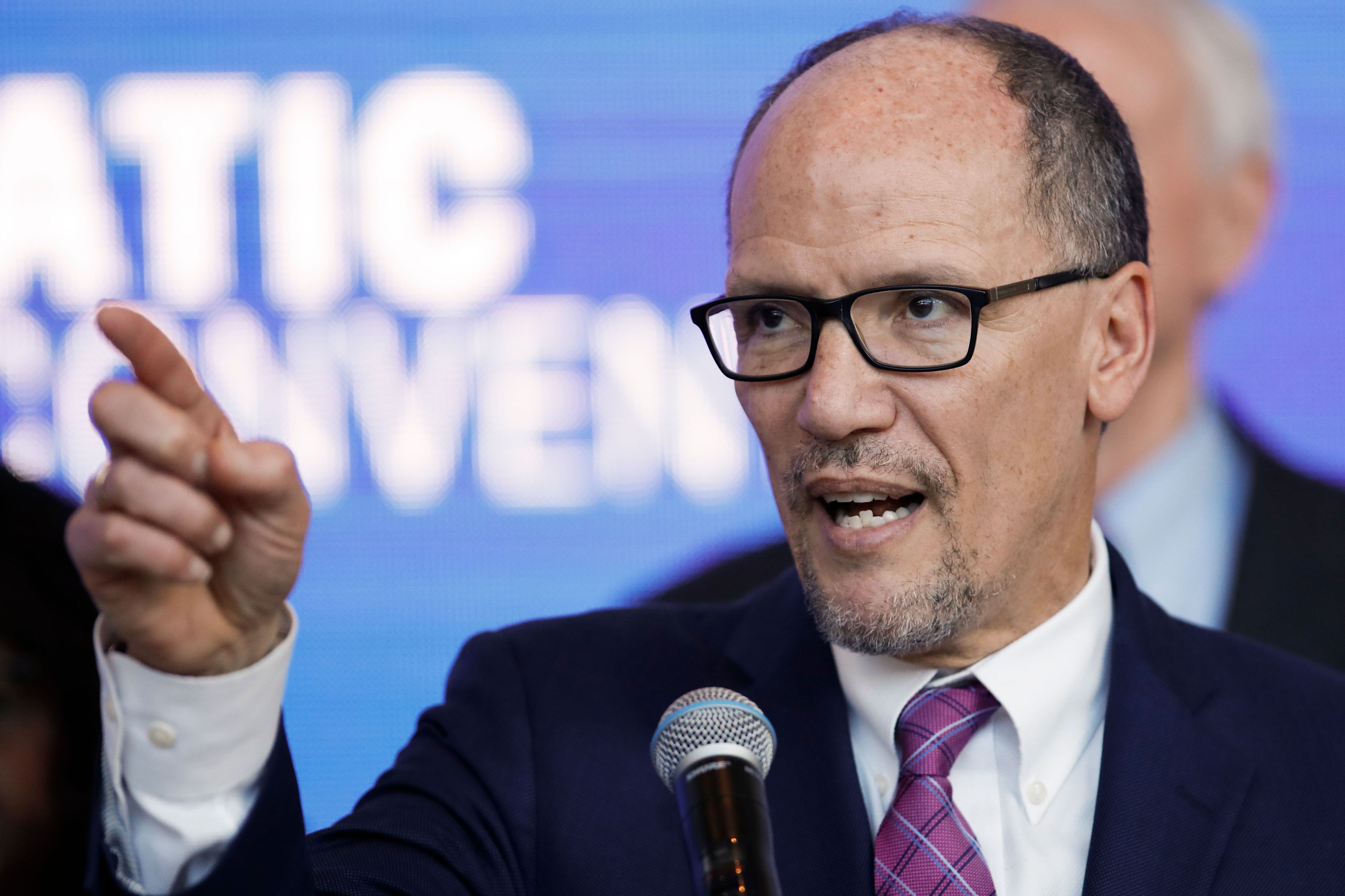 The head of the DNC pledged the committee wouldn’t use hacked emails or stolen data for political gain ahead of the 2020 presidential election and pressed his RNC counterpart to make the same commitment.

"As the Mueller report just confirmed, a foreign adversary hacked and disseminated stolen information with the intention of disrupting our free and fair elections," Chairman Tom Perez wrote on Monday in an open letter to his Republican counterpart, Ronna McDaniel.

He urged McDaniel not to engage in the "weaponization of stolen private data in our electoral process."

The appeal came a day after President Donald Trump’s personal lawyer Rudolph Giuliani said it was OK for campaigns to accept information from Russia.

"There’s nothing wrong with taking information from Russians," Giuliani said Sunday during an interview on CNN’s "State of the Union."

Giuliani later added he "probably wouldn’t" have taken such information. "I wasn’t asked," he said. "I would have advised, just out of excess of caution, don’t do it."

The remarks were, in part, a rebuttal of the findings of the special counsel Robert Mueller’s report, which detailed several instances where Trump campaign aides, including Donald Trump Jr., appeared open to receiving damaging information on Hillary Clinton from officials with direct ties to the Kremlin.

The DNC pledge follows an effort by Democratic Party chairs in Iowa, New Hampshire, Nevada and South Carolina to convince all 2020 candidates not to engage in information warfare in the campaigns.

In his open letter to McDaniel, Perez vowed the committee wouldn’t "encourage the theft of private data, nor will we seek out or weaponize stolen private data for political gain. And I’m calling on you to put country above party and publicly pledge that the Republican National Committee will do the same."

"We are now rapidly approaching Election Day 2020," he warned. "In this age of cyber-warfare, we owe it to the American people to make sure that the election is decided by the will of the voters, not foreign governments."

The RNC did not immediately respond to a request for comment.

Earlier Monday, Sen. Kirsten Gillibrand (D-N.Y.), a 2020 presidential contender, promised not to use hacked materials from foreign adversaries in her White House bid. She called on other candidates to do the same.

"Russia is a foreign adversary of the US, and the Trump administration is refusing to stop them from attacking our elections again," she tweeted. "I pledge that my campaign won’t use stolen or hacked information from foreign actors, and I urge 2020 candidates to join me."

Perez said that his DNC predecessor made a similar request of the RNC during the digital assault on the 2016 election but that McDaniel’s predecessor "chose to ignore it." He also noted the Democratic Congressional Campaign Committee pledged not to use stolen or hacked materials in the 2018 midterms, which was also ignored.

"This time can be different. This is not about red and blue. This is about red, white, and blue. It’s about our national security," according to Perez. "It’s about the future of our country and the integrity of our democracy. It’s about restoring people’s faith in our institutions and our election process."