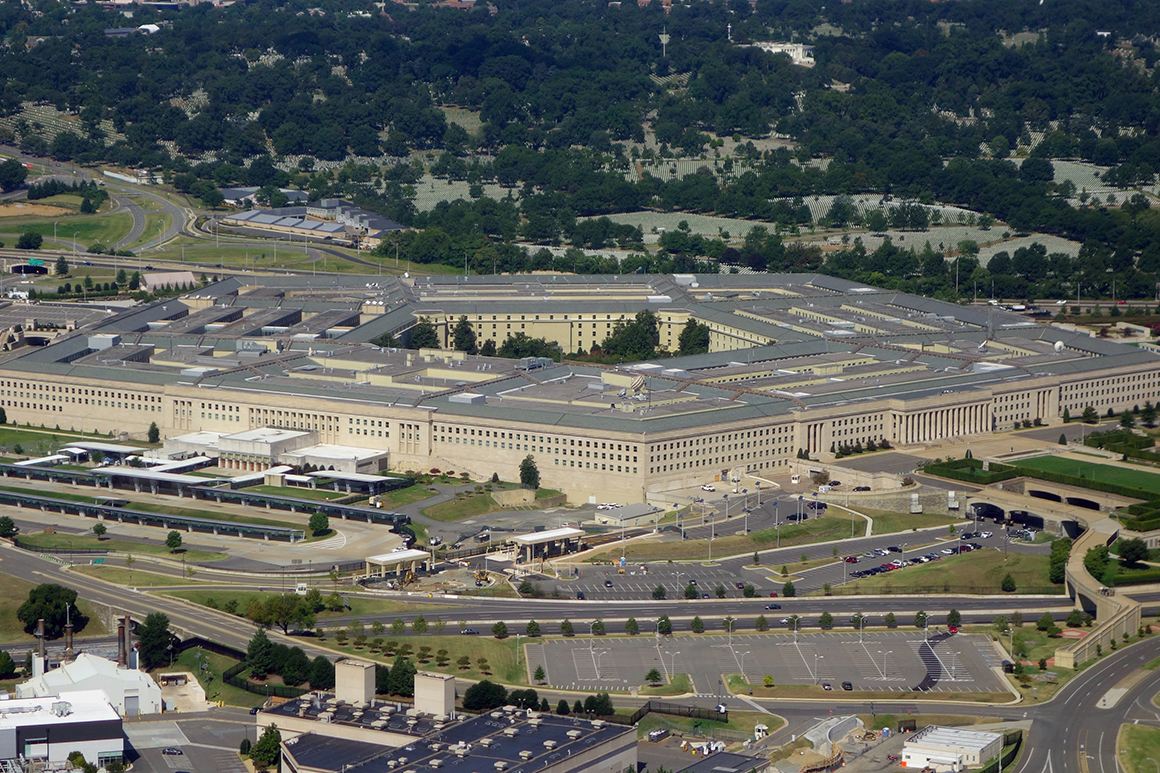 Chris Lynch, director of the Pentagon’s Defense Digital Service, will step down this month after four years running his so-called “SWAT Team of Nerds.”

“When nerds like us have a seat at the table, a lot of amazing things can happen. Don’t forget that,” Lynch wrote today in an email to his team, according to a copy of the message obtained by POLITICO.

After serving with the U.S. Digital Service team at the Obama White House, former Defense Secretary Ash Carter recruited Lynch in 2015 to establish a small team of engineers and digital experts from places like Google and Facebook to untangle DoD’s most critical IT problems.

The team quickly made a name for itself with the 2016 “Hack the Pentagon” program — the federal government’s first bug bounty effort that uncovered nearly 140 previously unidentified flaws on some Pentagon websites.

“To say that this has been the greatest detour of my life would be an incredible understatement but starting this team and working with you has fundamentally changed my life, and I believe the lives of so many others as well,” wrote Lynch, who was a software entrepreneur in Seattle before coming to Washington.

“The impact our team is making all across the Department of Defense and for our service members is mind boggling and profound,” he added. “I think at the end of the day it’s because people like you and people like me have come to serve.”

Goldstein began his career at OpenTable before joining the Chicago Police Department. There he earned the rank of commander, eventually becoming the city’s chief data officer. Since leaving government in 2013, Goldstein has run a venture capital fund, held fellowships at the University of Chicago and Harvard, and served on the board of the tech nonprofit Code for America. He most recently served as a special adviser to the U.S. Navy, where he’s worked with the DDS team.

“Although we will miss Chris, the unique startup culture he built and the talented team he recruited will continue to disrupt and transform technology at the DoD,” acting Defense Secretary Patrick Shanahan said in a statement.

Goldstein’s “public and private sector knowledge, technical expertise, and commitment to improving government through technology will be invaluable to a range of critical missions across the department,” added Shanahan, who recruited Goldstein to support the department’s IT, cyber and modernization efforts.

Goldstein will inherit an organization that has grown from roughly a dozen staffers a few years ago to almost 70 and has worked on nearly every facet of the DoD’s digital infrastructure.

Since “Hack the Pentagon,” DDS has gone on to help oversee more than a dozen such efforts throughout the armed services and even the Pentagon’s travel booking system.

In addition, the team has worked on building next-generation GPS, a new security clearance system and teamed up with Army Cyber Command to create a partnership program dubbed “Jyn Erso” (after the heroine of the movie Rogue One) to get tech solutions to the battlefield faster, including drone detection.

Based out of an office inside the Pentagon with a title on the door that says “Rebel Alliance,” DDS also helped create the agency’s “Vulnerability Disclosure Program,” which provides a legal avenue for security researchers to find and disclose weaknesses in any DoD public-facing system, and is currently shepherding the procurement of the $10 billion JEDI cloud project being bid on by Amazon and Microsoft.

“Also, let’s be honest, we’ve made Star Wars come to life at the f—— DoD,” according to Lynch, who often could be spotted walking the halls of the buttoned-up Pentagon in a Star Wars T-shirt and hoodie.

Lynch nor the Pentagon said where he was going after his role at DDS.

In his message marking the end of his “nerd tour of duty,” Lynch warned that the DDS mission is “forever dependent upon the flawless execution of technology, and our adversaries are quite good at software.”

“We have to bring other great technologists here,” he wrote. “We have to empower technical talent to make technical decisions alongside our DoD partners … Keep delivering. Keep getting shit done. Nothing else matters.”