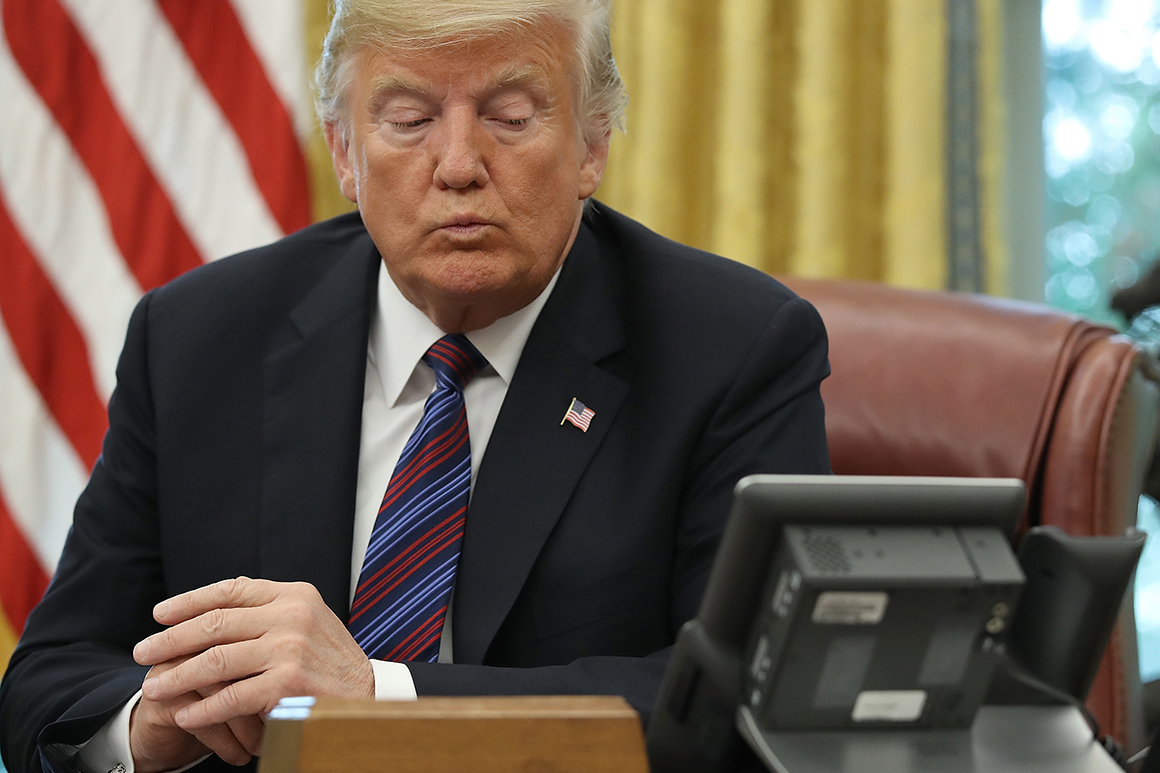 President Donald Trump undertook a retweeting blitz on Monday night, surfacing 24 posts in about 30 minutes that went back as far as a year and covered topics from the Mueller report to Easter festivities at the White House.

The president is known for an almost stream of consciousness on his Twitter account, but the rapid-fire retweets stood out for their sheer number and range.

Among them were comments from Ronna McDaniel, chairwoman of the Republican National Committee, on Joe Biden’s election history; a series of posts from conservative commentator Tom Fitton decrying the Mueller investigation; and a message of condolence from Rep. Mark Meadows (R-N.C.) for the victims of the Sunday terrorist attack in Sri Lanka.

Several of the tweets came from Republican members of Congress, including Meadows and Reps. Devin Nunes of California, Jim Jordan of Ohio, Shelley Moore Capito of West Virginia and Louie Gohmert of Texas. Others came from conservative commentators or the official Republican Party account.

The most common topic, however, was special counsel Robert Mueller’s investigation into the 2016 election. Trump has continued to denounce the probe as a partisan witch hunt, but since Attorney General William Barr released a redacted version of Mueller’s report last week, the president has increasingly portrayed himself as the victim of an illegal investigation.

“What I have accumulated here is absolutely shocking upon the realization that #Mueller’s disreputable, twisted history speaks to the character of the man placed in a position to attempt to legalize a coup against a lawfully-elected President,” read one tweet from Gohmert on April 25, 2018.

“Think about this: we had a President under a constant 2 year investigation for a fabricated collusion conspiracy, and yet America is still seeing a record economy, +3% growth, a soaring job market, and the lowest unemployment in half a century. @realDonaldTrump delivering anyway,” said another by Meadows.

Not all the posts were negative. Trump also retweeted first lady Melania Trump in thanking everyone for a successful Easter egg roll at the White House earlier Monday.

“Another wonderful Easter Egg roll!” the first lady wrote. “@POTUS and I enjoyed meeting everyone! Thank you to the many volunteers and vendors who worked so hard to help keep this @WhiteHouse tradition alive!!”