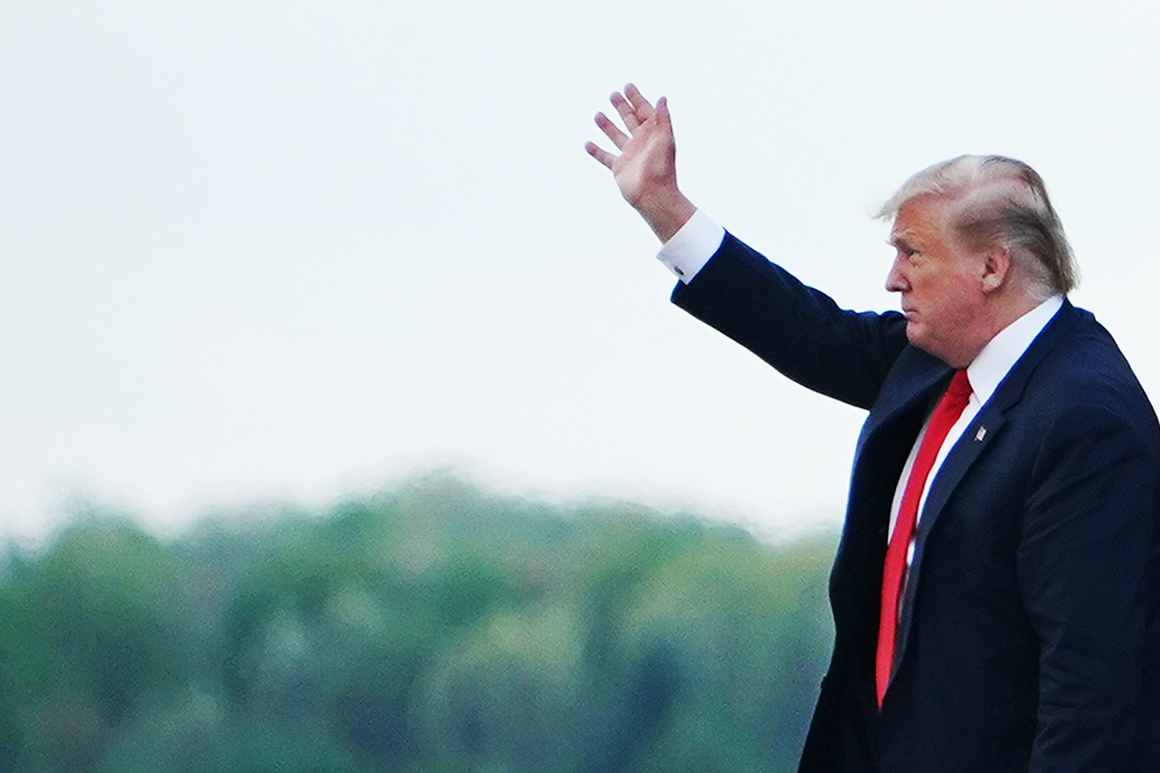 President Donald Trump on Monday insisted that "nobody disobeys my orders," apparently disputing the assertion from special counsel Robert Mueller’s report that that his former White House counsel twice refused to follow through on the president’s order to dismiss Mueller.

Trump issued the declaration about his staff’s willingness to follow through on his commands during a brief exchange with reporters at Monday’s White House Easter egg roll. It was the first time the president has answered reporters’ questions since Mueller released his report on Russian interference in the 2016 election — as well as allegations of collusion between the Trump campaign and the Kremlin and obstruction of justice on the part of the president — last week.

Mueller’s 22-month probe into Russian interference in the 2016 election found no evidence that the Trump campaign colluded with the Kremlin and did not reach a conclusion on whether the president obstructed justice. The redacted version of Mueller’s report, published Thursday, revealed damaging information about Trump’s attempts to fire the special counsel — efforts Mueller suggested were halted by top aides who refused to carry out the president’s most drastic orders.

Notably, the report said Trump twice asked former White House counsel Don McGahn to fire Mueller, an order the lawyer refused to follow and was prepared to resign over. The president was enraged when news of his request, which had been previously reported by The New York Times, became public and privately berated McGahn, who refused to carry out his order, according to the Mueller report.

Another section of the report describing the decision-making process behind the dismissal of former FBI Director James Comey recounted an instance when Trump asked deputy Attorney General Rod Rosenstein to take credit for Comey’s dismissal. Rosenstein refused, “because if the press asked him, he would tell the truth that Comey’s firing was not his idea,” the report said.

These instances, and others in the 448-page report, have raised questions about potential obstruction of justice by the president that Democrats have pledged to continue investigating. Opponents of the president have insisted that the Mueller report falls well short of offering the president the "complete and total exoneration" that he has claimed in recent weeks.

Mueller left open the possibility that Trump could be prosecuted for crimes once he leaves office, but said making a decision about charges would have gone too far because of longstanding Justice Department policy that a sitting president cannot be indicted.

“Fairness concerns counseled against potentially reaching that judgment when no charges can be brought,” Mueller’s team wrote in its report, which added that charging a president would leave him with no legal recourse to clear his name or protections normally afforded to criminal defendants.

Despite the report’s revelations, Trump has publicly paraded the investigation’s results as a victory. Asked by a reporter on the White House lawn Monday, he said he was “not even a little bit” worried about impeachment, a possibility that some House Democrats have said remains on the table.