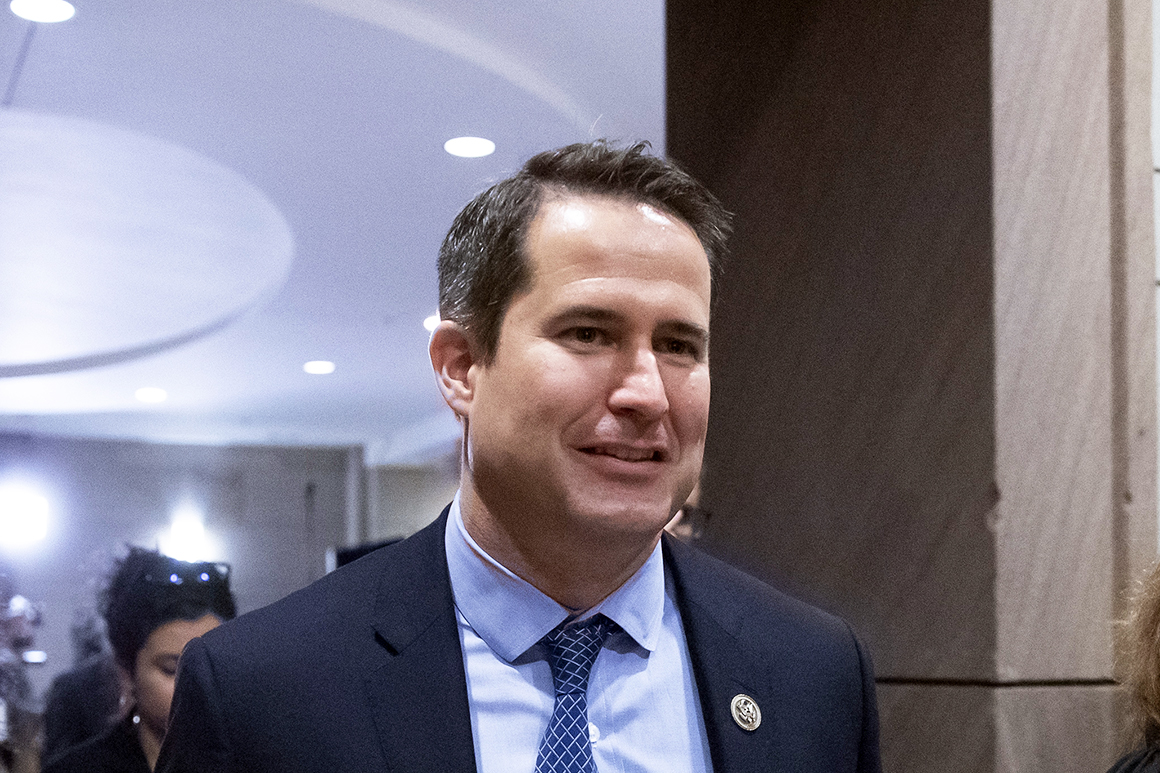 BOSTON — Rep. Seth Moulton announced he’s running for president on Monday, vowing to engage young people and military veterans and becoming the third Massachusetts politician to throw a hat into the 2020 ring.

An Iraq veteran who led an unsuccessful effort to oust Nancy Pelosi from the House leadership last year, the 40-year-old Moulton has said he plans to run a campaign focused on national security and defense issues, which his campaign argues will make him a foil to President Donald Trump. Moulton was elected to Congress in 2014, after he upset former Democratic Rep. John Tierney in a primary fight. The Salem lawmaker is serving his third term.

Moulton’s announcement follows a number of developments signaling his 2020 ambitions. Last week, POLITICO reported that Moulton chose a campaign manager, drafted a new logo and used polling firm The Mellman Group for pre-campaign research. Moulton locked down co-working spaces in Massachusetts and Washington, D.C., according to the Boston Globe. Moulton was also seen filming what appeared to be a campaign announcement video in a photo last week.

Moulton plans to visit all four early voting states this week, and will appear on MSNBC’s The Rachel Maddow Show on Monday night. Moulton will head to New Hampshire for events Tuesday, and on Wednesday will speak at Politics & Eggs — a popular stop among 2020 hopefuls in that state. Later Wednesday, Moulton will travel to South Carolina. On Thursday, the congressman will visit Iowa, then head to California on Friday and Nevada on Saturday. Moulton has visited each of the early primary and caucus states in recent months.

Despite being the 19th Democrat to announce a presidential run, Moulton’s campaign sees the field as "wide open" at this point in the 2020 contest.

Moulton was last in the national spotlight in November, when he led a push to end Pelosi’s tenure atop the House Democratic caucus after the 2018 midterms. Moulton argued the election was a referendum for new leadership, but was unable to put up a challenger to Pelosi. Critics accused Moulton of sexism and ageism during the flare-up.

Moulton also raised more than $2.3 million for his Serve America PAC during the 2018 cycle. Through the leadership PAC, Moulton traveled to more than a dozen states in battleground districts to support veteran candidates.