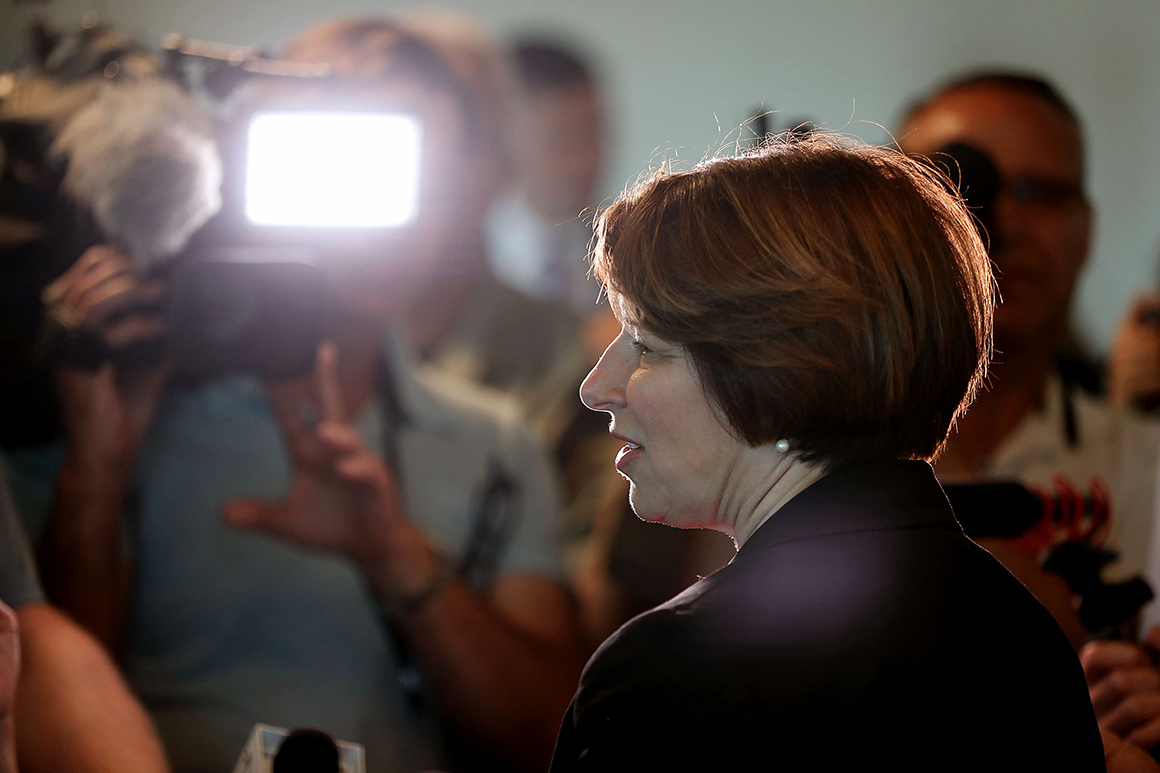 Amy Klobuchar rolled out additional top hires for her presidential bid, a sign of her intensifying effort in the sprawling 2020 field.

The Minnesota Democrat named five new staffers on Monday, as well as five senior advisers from a range of top consulting firms, according to a statement shared first with POLITICO.

Klobuchar, who raised just over $5 million in the first fundraising quarter, has hovered in the low single digits in national and early-state polling, after launching her presidential bid in Minneapolis in February. She’s cast herself as a no-nonsense pragmatist who can win in Trump country, as Minnesota trended toward Republicans in 2016. But she’s also rejected the sweeping policy proposals, like four-year free college, that have been popularized by the party’s left.

The campaign consulting team includes Pete Giangreco as a senior adviser and Fred Yang as a research adviser. Giangreco helped to elect Klobuchar in her first Senate campaign in 2006, then served on President Barack Obama’s campaigns in 2008 and 2012. Yang is a prolific Democratic pollster, working on numerous House and Senate races.

A trio of media advisers, all hailing from GPS Impact, are also jumping on board — Roy Temple, Jay Howser and Andi Johnson. Temple, who co-founded the consulting firm, has worked on a range of Senate and gubernatorial races, including Ohio Sen. Sherrod Brown and former Minnesota Sen. Al Franken. Howser and Johnson — both alums of Shorr Johnson Magnus, a Democratic ad-making firm — have also worked on a range of Senate, House and gubernatorial races.