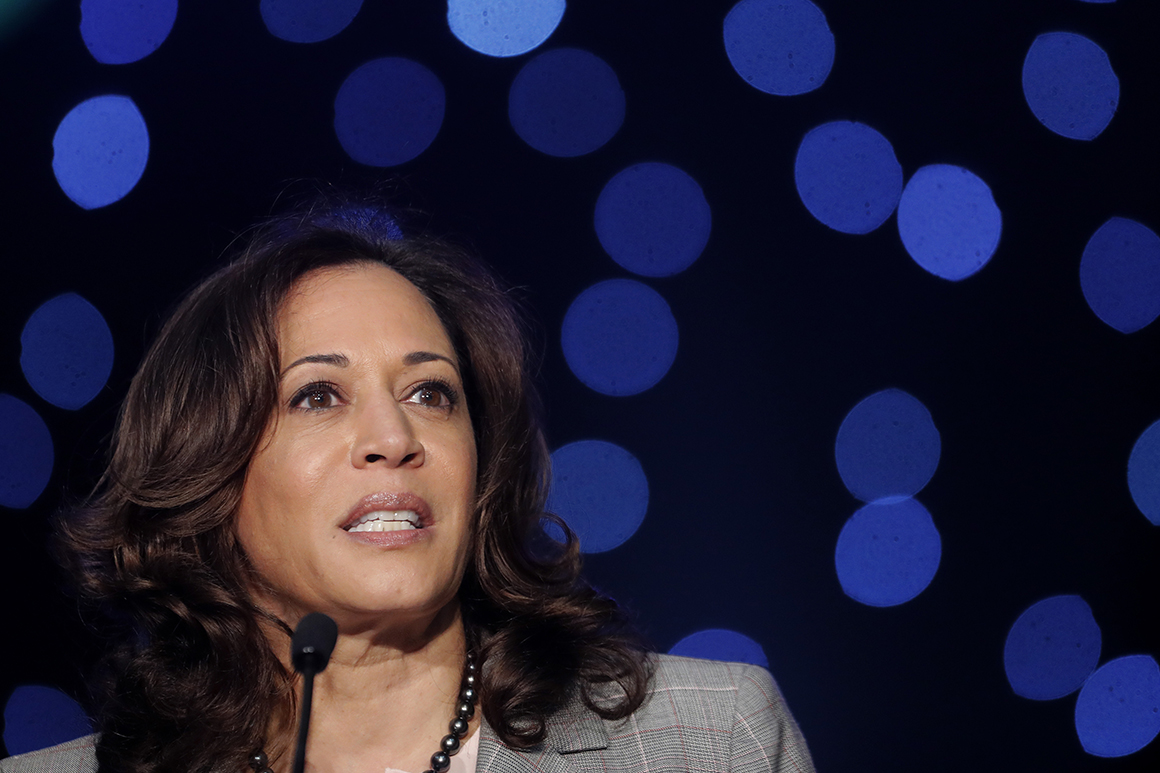 Kamala Harris said Monday that she will take significant action to curb spiraling gun violence in America — an effort by the California senator and former career prosecutor to own the gun-control issue in a crowded 2020 Democratic presidential field.

Harris announced her plans during a CNN town hall, pledging that if Congress does not enact major gun legislation — including universal background checks, closing the so-called “boyfriend loophole,” and repealing a law that prevents victims from holding gunmakers and firearms dealers liable for their losses — she would take executive action to do so in her first 100 days as president.

"There are people in Washington, D.C., supposed leaders, who have failed to have the courage to reject a false choice which says you’re either in favor of the Second Amendment or you want to take everyone’s guns away," Harris said

Bolstering gun-control has been a key point for Harris on the campaign trail, where gun-related portions of her remarks often generate some of the loudest applause. A former prosecutor who rose to become California’s attorney general and who herself owns a gun for protection, Harris offers a unique background for a candidate trying to make the issue her own.

Some of Harris’ biggest moments early in her 2020 campaign have revolved around guns, including the impassioned plea she made in January, also in a town hall event on CNN, in which she invoked the Sandy Hook elementary school shooting in which 20 children were killed in 2012.

“I think somebody should have required all those members of Congress to go in a room, in a locked room, no press, no one, nobody else, and look at the autopsy photographs of those babies,” Harris said at the time. “And then you can vote your conscience. This has become a political issue.”

Harris’ gun record contains elements that will appeal to progressive Democrats, as well as some that may give them pause.

As attorney general of California, she took on a 2014 ruling that deemed unconstitutional the state’s 10-day waiting period for gun purchases — and two years later, a panel of the Ninth Circuit Court of Appeals agreed with Harris’ stance. Harris also supported California legislation to reinforce the assault weapons ban and close the “bullet button” loophole.

Harris’ state Department of Justice argued in a written response that an unforeseen loss of staff and continued high level of firearms sales had forced the department to redirect its resources to completing background checks on new gun purchases in the state.

Of the executive action Harris announced on Monday, her campaign said they would mandate near-universal background checks by requiring anyone who sells five or more guns a year to run a background check on all of their gun sales; rescind the licenses of gunmakers and dealers that break the law and take the “most egregious” offenders to court; reverse the Trump admiration’s change to the definition of “fugitive from justice” allowing fugitives with arrest warrants to buy guns; and close the so-called “boyfriend loophole” to prevent partners convicted of domestic violence charges from purchasing a gun.

Harris also would work to make gun trafficking a federal crime, ban high-capacity magazines, and outlaw those convicted of a federal hate crime from buying guns, the campaign said.