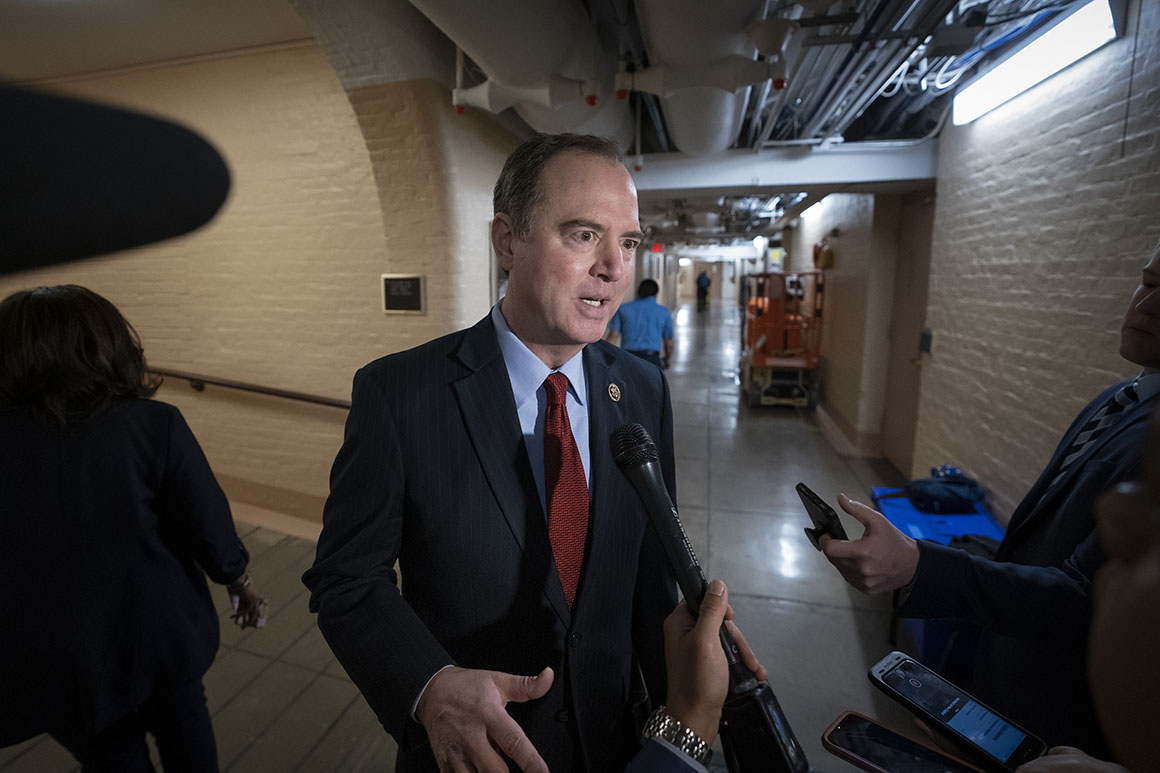 Responding to attacks by White House counselor Kellyanne Conway, Rep. Adam Schiff on Sunday insisted his criticism of the Trump administration was not wrong, saying there was “ample evidence of collusion in plain sight.”

“I use that word very carefully,” the California Democrat said on ABC’s “This Week,” “because I also distinguish time and time again between collusion, that is acts of corruption that may or may not be criminal, and proof of a criminal conspiracy. And that is a distinction that Bob Mueller made within the first few pages of his report. In fact, every act that I’ve pointed to as evidence of collusion has now been borne out by the report.“

Schiff, the chairman of the House Intelligence Committee, has been the subject of frequent attacks by President Donald Trump and his supporters for insisting that the Trump campaign acted inappropriately during the 2016 election season by working with Russians who wished to see Trump elected.

Before Schiff’s interview on “This Week,” Conway criticized Schiff for repeatedly raising the idea of “collusion.“

Schiff insisted that his reading of the situation was not wrong.

“The obstruction of justice in particular in this case is far worse than anything that Richard Nixon did,” Schiff told Raddatz, adding: “I would say in every way this is more significant than Watergate. And the fact that a candidate for president and now president of the United States would not only not stand up and resist Russian interference in our election but would welcome it goes well beyond anything Nixon did.“