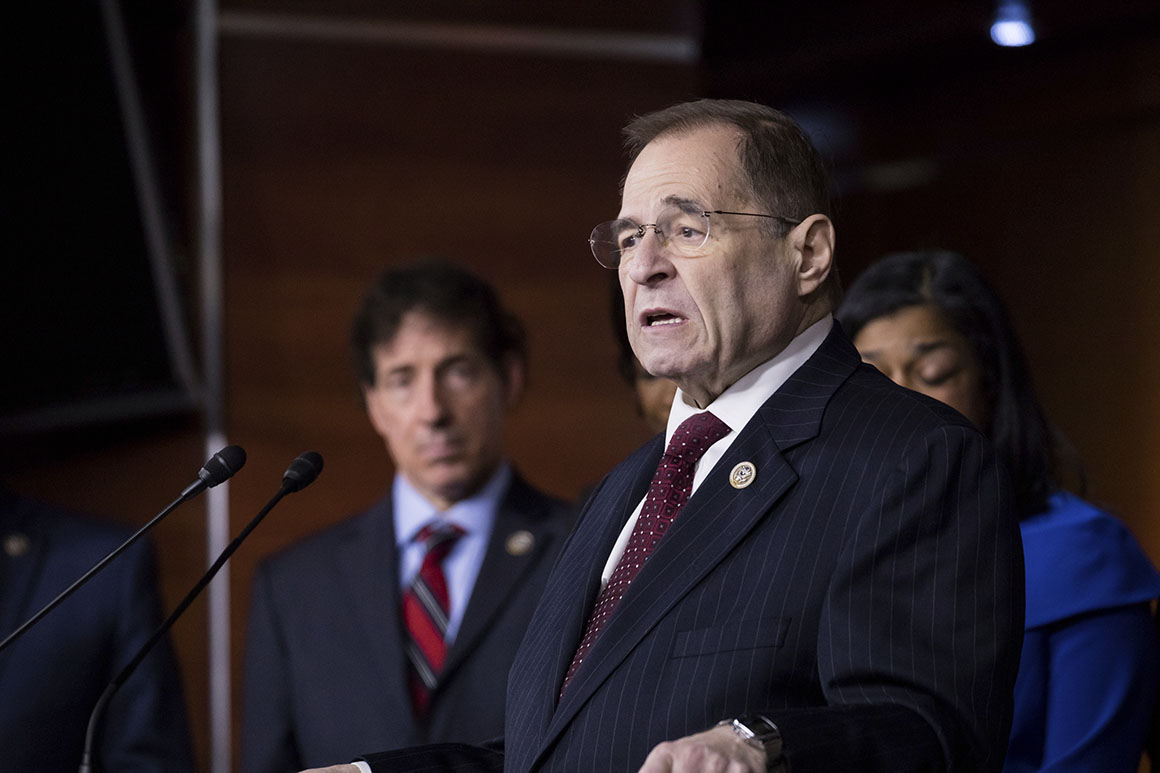 “We have to hear from other people like Don McGahn, who we’re going to call,” said the New York Democrat on NBC’s “Meet the Press.”

McGahn’s testimony in the recently released Mueller report has been at the heart of the controversy over possible obstruction of justice by President Donald Trump. In his testimony, McGahn spoke of being ordered by the president to fire special counsel Robert Mueller.

“The key is Barr clearly misled the American people on both obstruction of justice, where there was plenty of evidence that there was obstruction laid out in the report,” Nadler told host Chuck Todd.

Nadler also indicated he had no doubt the Mueller report, which was released Thursday, was more damning than Trump’s supporters wished to admit.

“The special prosecutor found, Mueller found … that there was plenty of evidence that the Russians intervened in the election to help Trump,” Nadler said.

“There was plenty of evidence that the Trump campaign knew about that, you know, and wanted it and, in fact, knew about some of the WikiLeaks dumps of stolen information, supplied by the Russians, in advance. What he couldn’t prove, was that there was — beyond a reasonable doubt, was that there was a criminal conspiracy.”

On Friday, Nadler issued a subpoena to the Justice Department for the full, unredacted Mueller report and all of the underlying evidence.