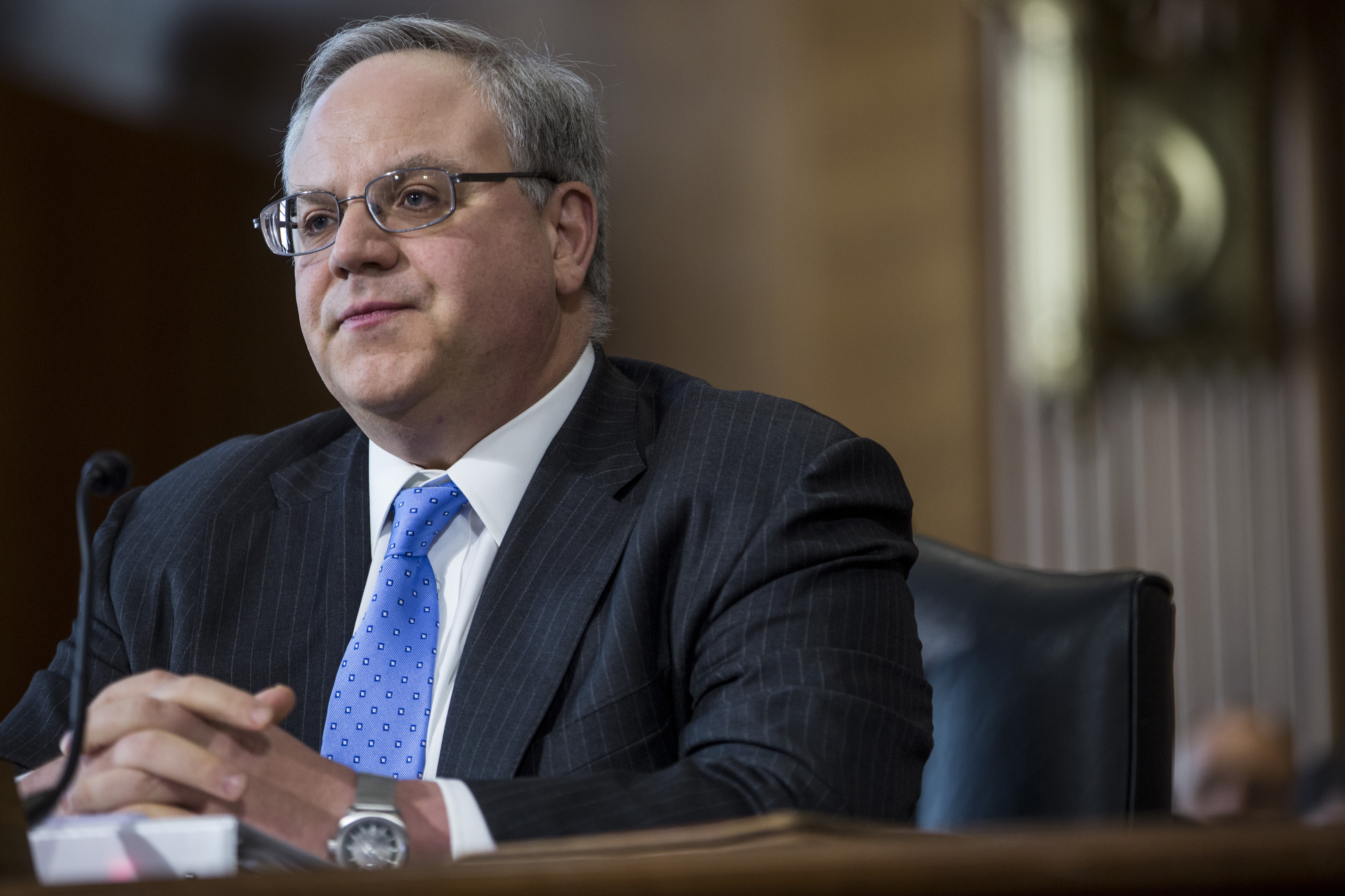 Bernhardt’s efforts, beginning in at least October 2017, included shaping the department’s response to a key portion of a water infrastructure law he had helped pass as a lobbyist for California farmers, recently released calendars show. The department offered scant details at the time about meetings that Bernhardt, then the deputy secretary, held with Interior officials overseeing water deliveries to the farmers, leading many observers to believe he was steering clear of the issues he had previously lobbied on.

But newly disclosed schedule "cards" prepared by Interior officials for Bernhardt show more than three dozen meetings with key players on California water issues, including multiple lengthy meetings on specific endangered species protections at the heart of his previous work. Those appointments were only vaguely identified on his official calendars.

Interior’s inspector general is probing whether Bernhardt violated ethics rules by working on policies he had pushed as a lobbyist for the Westlands Water District, a job that earned his former firm more than $1.3 million in the five years before he returned to government service.

Bernhardt’s ethics agreement barred him from participating in any "particular matters" involving Westlands until August 2018, one year after he arrived at the agency, and it was only after that recusal period ended that then-Interior Secretary Ryan Zinke publicly tasked him with working on California water issues. But the newly released information shows that Bernhardt had weighed in on discussions around Westlands’ policy priorities for nearly a year by that point.

"They were creating the perception that he was not involved in these issues that his former client had a major stake in, when we now know he was deeply involved in them,” said Doug Obegi, an attorney with the Natural Resources Defense Council who works on California water issues.

One previously undisclosed meeting likely to draw new scrutiny is a fall 2017 briefing on the implementation of the very provision of water law he won for the agricultural district after years of lobbying. The meeting adds to issues around Bernhardt’s relationship with Westlands that have been flagged to the inspector general by outside groups like the Campaign Legal Center, a nonpartisan watchdog, and congressional Democrats.

"I think with this calendar entry saying that he sat in on a meeting that is actually implementing the precise regulation that he lobbied on, I mean, that is really, really problematic," said Delaney Marsco, ethics counsel for the Campaign Legal Center. "You cannot participate in the development, the implementation, the interpretation, the application of the regulation in individual cases if you lobbied on it prior to joining government."

Interior argues Bernhardt handled ethical matters diligently, and that information about Bernhardt’s meetings, including numerous ones with industry officials, was kept off his official calendars due to security concerns, scheduling and convenience.

“Secretary Bernhardt is in complete compliance with his ethics agreement and all applicable laws, rules, and regulations,” spokesperson Faith Vander Voort said in a statement.

Transparency issues have dogged Bernhardt, who won Senate confirmation as secretary on April 11. Environmental groups and Democrats charge that the former lobbyist for energy and agricultural interests has failed to disclose who he has met with while shaping policy.

The National Archives and Records Administration has an ongoing investigation into whether the department violated the Federal Records Act by failing to keep detailed records of his meetings and actions. 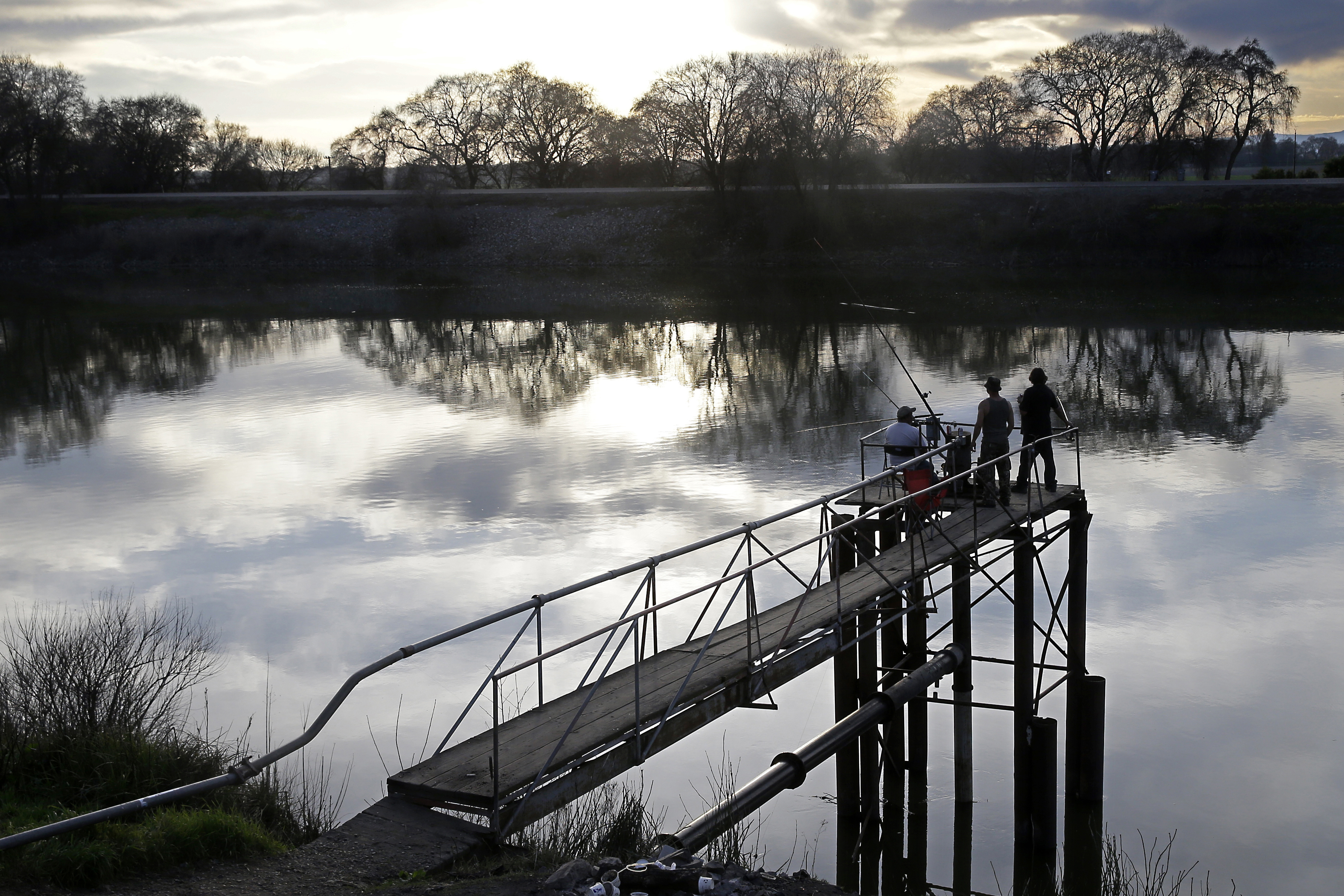 From 2011 to 2016, Bernhardt lobbied Congress on various iterations of drought legislation aimed at relaxing endangered species protections that restrict pumping from California’s main water hub, the Sacramento-San Joaquin Delta, to farms and cities in central and southern California. Westlands, which delivers water to about 700 farmers in California’s Central Valley, holds junior water rights on the federal water project and is among the first to see its deliveries curtailed when supplies are low. For that reason, the changes stood to benefit its farmers disproportionately.

Bernhardt deregistered as the group’s lobbyist in November 2016, although records show he continued to advise Westlands on legislation and other legal matters through at least April 2017 — the month President Donald Trump nominated him to be deputy secretary.

The final version of the drought legislation Bernhardt had lobbied on passed in December of 2016 as part of a broader water infrastructure bill, with the key California provisions directing Interior to take a looser interpretation of existing endangered species protections for a five year period.

Shortly after being confirmed as deputy interior secretary in July 2017, Bernhardt launched work on a process on the same endangered species and pumping issues that could bring an even bigger and longer-lasting win for Westlands.

In October 2017, Bernhardt’s calendars show he had begun directing a series of specific steps to rewrite the underlying protections for the Delta smelt, a 3-inch-long fish that lives only in the Bay-Delta and which scientists say is teetering on the brink of extinction in large part because of water pumping. He also directed a rewrite of protections for winter-run Chinook salmon, which also restrict water exports. Those changes are aimed at cementing far looser species protections than the drought bill secured, and for years going forward.

Although Bernhardt was recused from working on “particular matters” affecting Westlands until August 2018, agency ethics officials gave him verbal approval to work on some issues that affect the agricultural district before then, including endangered species protections. But written guidance from the ethics officials did not come until this past February, more than a year after his calendars indicate he began work on those issues, and several days after a New York Times report on his involvement in Westlands-related policies.

The Interior Department ethics officials concluded that Bernhardt did not have to recuse himself from the process for rewriting endangered species protections. It said the steps he directed Interior to take were not “particular matters” because they affect parties beyond just Westlands.

Virginia Canter, a long-time federal ethics attorney who now serves as chief ethics counsel at the watchdog group Citizens for Responsibility and Ethics in Washington, said it does not appear that ethics officials got all the necessary details about Bernhardt’s work for Westlands before drafting what she described as a “very generic” memo.

She argued that the lack of detailed analysis in the ethics memo means it will offer Bernhardt less of a shield in the inspector general’s investigation.

“This is a complicated issue,” she said. “If he was relying in good faith on advice of an ethics official, there should be evidence of what advice he was given. It should have been documented either in a memo to him or a memo in the ethics department’s files. They have produced none of that evidence.”

The Interior ethics officials determined that the overall infrastructure bill does not qualify as a "particular matter." But Canter said that the fact that the drought provisions had previously been in stand-alone bills means they may have qualified as “particular matters” from which Bernhardt should be recused.

That Bernhardt could go, in less than a year, from lobbying on a specific provision for a client to directing its implementation “seems to undercut the very purpose of the ethics pledge,” Canter said.

Indeed, Bernhardt’s calendars indicate he was directly involved in the provision’s implementation, with a Nov. 22, 2017 briefing on “WIIN Act Winter Operations.” The highly controversial California drought provision governs pumping operations in the Delta during heavy rains, which occur primarily in the winter in California.

And while much of Westlands’ federal lobbying has focused on endangered species protections and Delta pumping operations, the district also has an interest in a number of other, interrelated California water issues in which Bernhardt has played a role. Those include former Gov. Jerry Brown’s proposal to build a pair of massive tunnels under the Delta, the coordination of federal and state water project operations and a state plan to improve Delta water quality by requiring farms and cities to leave more water in the rivers.

Interior and state officials announced a grand bargain on some of these issues in late December, including a deal allowing the federal water project — which delivers water to Westlands and other largely agricultural users — to pump as much as 65 billion gallons more from the Delta, while requiring the state project — which serves largely municipal users — to pump an equal amount less.

The calendars also show that Bernhardt met with at least one Westlands farmer, Mark Turmon of Sierra Valley Almonds. That meeting, on Feb. 12, 2018, was about fires, Vander Voort said.

Another meeting, with former Westlands Board President Jean Sagouspe, appears on the calendars two weeks later, although both Interior and Sagouspe say it was canceled. Instead, Sagouspe said he met with Bureau of Reclamation Commissioner Brenda Burman and Jason Larrabee, the political official overseeing the Fish and Wildlife Service — two key officials in the smelt protection rollbacks.

In February 2017, Sagouspe, a co-owner of Sierra Valley Almonds, published a column in the Wall Street Journal criticizing the “scorched-earth campaign by environmentalists” that restricts water deliveries to his farm. That column was published one day before Bernhardt, described as a member of the Trump transition team, spoke at a meeting of The Steamboat Institute, a Koch-backed group on whose board Sagouspe sits.

Ben Lefebvre contributed to this report.