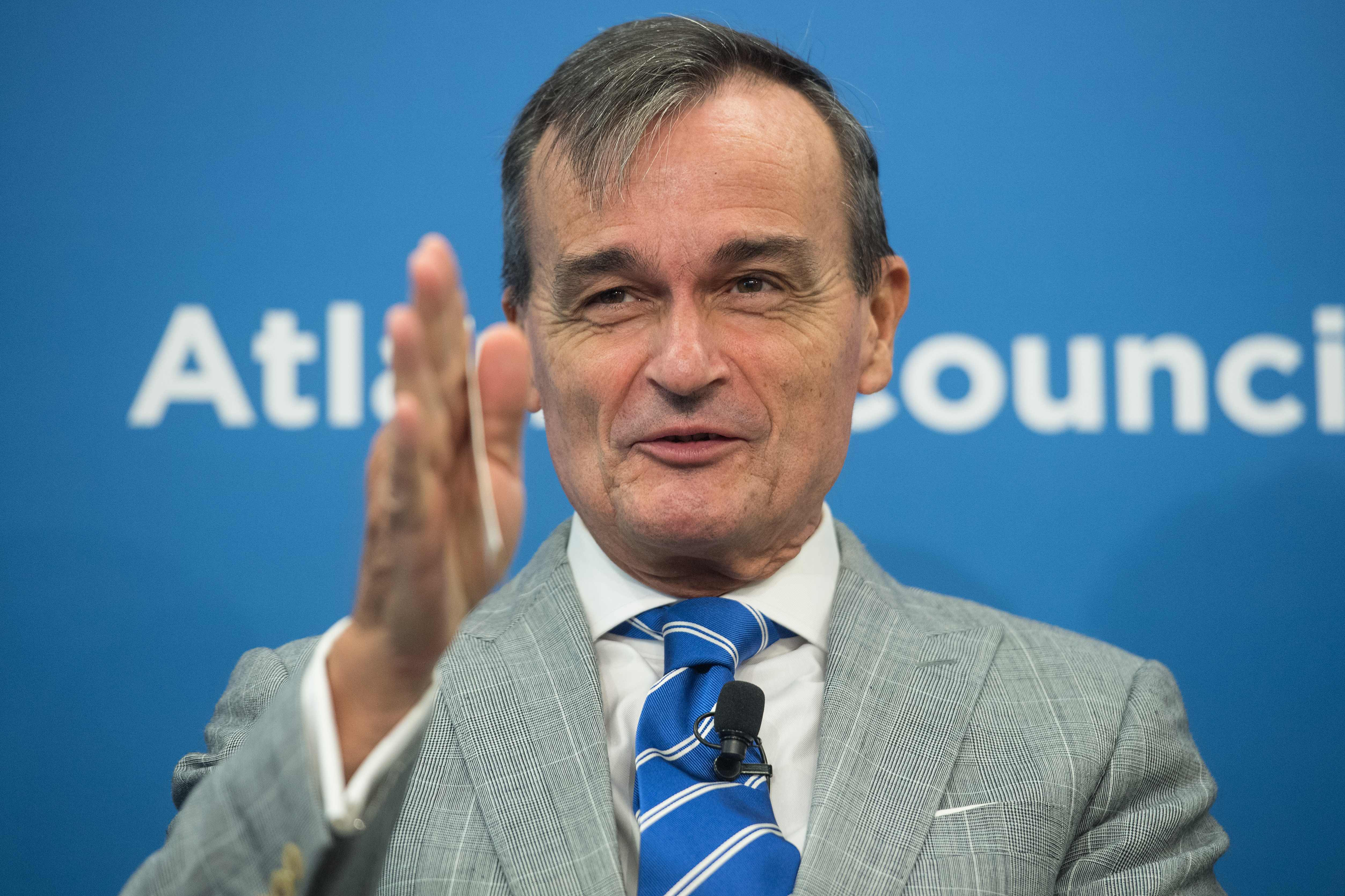 For the last two years, Gerard Araud, France’s ambassador to the United States, has signed off on the cables he sends back to Paris with the same caveat: “Of course, a surprise can’t be excluded.”

Such is life for many diplomats in Washington, D.C. in the era of Donald Trump. But Araud, who retired this week after nearly five years in this latest post, proved a skilled navigator of the U.S. capital. His blunt talk, including on Twitter, has endeared him to many in the foreign policy community and beyond, even if they don’t always agree with him.

His advice to the people he leaves behind? Calm down. Take a deep breath.

“Washington is a bit hysterical,” Araud said. “People are so appalled by the behavior of the president that they listen a bit too much to their guts instead of really listening to the brain.”

So what should their brains tell them?

That Trump, for all his flaws, is asking legitimate questions, Araud said. That the Republican president saw the world “shifting, in a sense, to a new era” and that his “genius” was understanding the “malaise” in the United States.

It’s a malaise, Araud is quick to add, that is leading people to embrace populism and nationalism in France and other countries, too. “We have to address the concerns of these people,” he said. “It’s a serious crisis of our democracy.”

At one point, Arnaud even joked that he sounded like a “Trumpist in the closet.”

“He’s a real patriot. It’s all in the defense of France and French interests,” said Philip Gordon, a former senior official in the Obama administration. “But he is well-liked because he’s funny and charming and, again, honest. It’s not like he’s playing games behind people’s back.”

This past week, Araud’s last in the job, was exceptionally difficult, and yet showcased his diplomatic talents: As a fire gutted the famed Notre Dame cathedral in Paris, Araud wrote and spoke movingly about how the images brought him to tears.

“Suddenly, I have the feeling that a part of myself was burning,” Araud told PBS NewsHour. “And all the other diplomats and employees of the embassy felt the same emotion.”

Araud, 66, has had extensive experience in the U.S. — he was in New York as France’s ambassador to the United Nations prior to moving to Washington, and he has warm relationships with numerous current and former U.S. officials. So he watched with a sense of wonder these past two years as the White House changed hands between two presidents with radically different styles.

Barack Obama, Araud said, was the “ultimate bureaucrat.” The Democratic president was famed for his attention to detail and reliance on meetings, briefings and other processes to help him make decisions.

The Republican, who came to the White House from the world of real estate, pays little attention to bureaucracy or process, Araud said. Even if his underlings try to establish some sort of process “it’s not relevant” because Trump will simply ignore it, Araud said.

The Frenchman isn’t the first to notice these phenomena. But, like with any other foreign diplomat, it has caused him headaches.

Araud said that just days before Trump announced the U.S. is quitting the Iran nuclear deal — a move France implored him not to make — White House officials assured him that no decision was imminent because there had been no serious meetings about it.

The envoy dismissed the idea that Trump will ever act in a more traditional way.

Araud was quick to laugh throughout the interview, and appeared in good spirits for most of it. He is writing a memoir and in talks to join Richard Attias’ strategic communications firm, which has an office in New York.

The memoir is almost certain to tackle some of the more unusual aspects of his tenure, including his spat with comedian Trevor Noah over whether France’s World Cup winning soccer team is actually more African than French. Another likely topic: Araud dramatic 2016 election-night tweet — “A world is collapsing before our eyes. Vertigo.” — that was quickly scrubbed.

The book may also tackle some harsh realities, such as the fact that, for all of Araud’s charm, France has had little luck convincing Trump to abandon positions contrary to France’s interests.

Even French President Emmanuel Macron’s attempts to flatter Trump — who initially seemed to like the youthful Macron very much — have yielded little. On issues like trade, climate change and the Iran nuclear deal, the countries remain far apart.

But to be fair, most world leaders and their envoys have found that neither flattery nor disdain is enough to convince Trump of anything.

It’s “a bar that no diplomat could conceivably reach,” Gordon said.

Asked about the health of the U.S.-France relationship, Araud insisted that it is good, especially on the defense side. He brushed aside Trump’s Twitter barbs targeting Macron, pointing out that Trump has done that to several other world leaders.

Araud applauded Trump for tackling head on tough topics like China’s questionable moves on the global stage and North Korea’s nuclear program. He also argued that although some of the questions Trump asks may seem odd at first glance, they are nonetheless fair game.

For instance, Trump has wondered why the United States should go to war to protect the tiny nation of Montenegro if it was attacked. To foreign policy types, the answer is obvious: Montenegro is a NATO member and the military alliance is built on the idea of collective defense.

Araud, though, pointed out that many ordinary Americans would pose the same question if the scenario ever arose. By raising the point, Trump is exposing the fact that not everyone is automatically on board with the views of foreign policy elites in places like Washington.

The French envoy struck a pessimistic note when talking about the European Union.

While some observers have suggested that Trump’s disdain for multilateral institutions could offer an opportunity for the EU to assert itself, Araud worries that EU member states may not be able to deal constructively with populism, nationalism and other polarizing forces tugging at their electorates.

“I don’t want to be too gloomy about it, but the jury is out,” he said.

Nonetheless, he said U.S. officials should remember that Europe faces many of the same challenges as America, including the rise of China. That’s one reason that keeping the transatlantic alliance alive is so important.

“Don’t consider the EU as a problem,” Araud said. “The EU may be part of the solution.”

Araud is expected to be replaced as ambassador by Philippe Etienne, a diplomatic adviser to Macron. What will he tell his successor about navigating Trump’s Washington?

“You have really to keep cool,” Araud said.