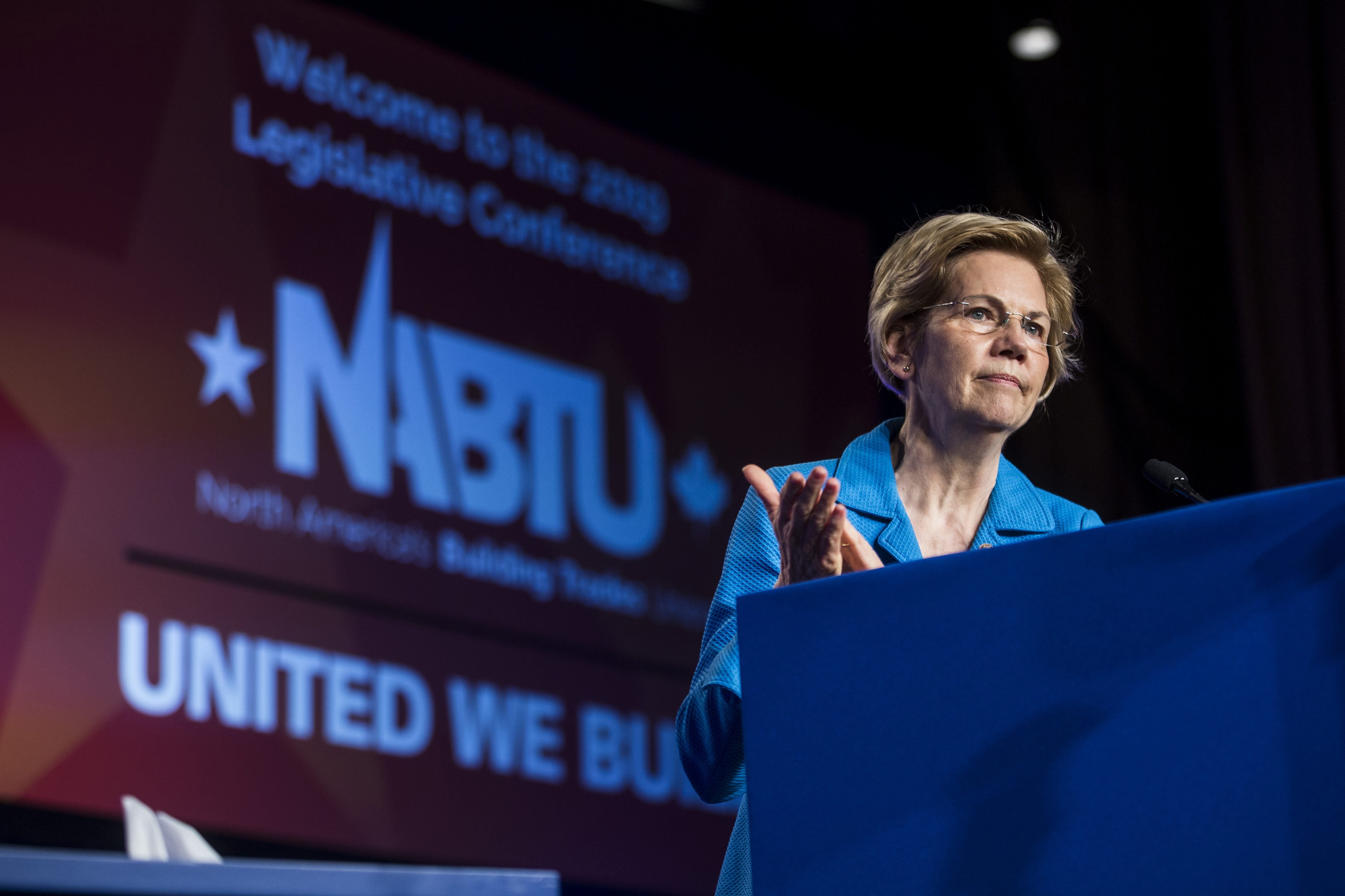 Sen. Elizabeth Warren on Friday called on Congress to impeach President Donald Trump in the wake of the publication of special counsel Robert Mueller’s report, breaking with Democratic leaders deferring the politically risky move despite new evidence that Trump attempted to derail the Russia probe.

“To ignore a President’s repeated efforts to obstruct an investigation into his own disloyal behavior would inflict great and lasting damage on this country, and it would suggest that both the current and future Presidents would be free to abuse their power in similar ways,” Warren said on Twitter.

“The severity of this misconduct demands that elected officials in both parties set aside political considerations and do their constitutional duty,” the Massachusetts Democrat added. “That means the House should initiate impeachment proceedings against the President of the United States.”

Mueller’s 448-page report described at least 10 instances in which Trump attempted to interfere with the probe, implying that the president may have escaped an incriminating finding because top aides refused to carry out his most dramatic orders.

Warren, a leading contender in the 2020 field, called for extreme measures in response to the revelations. She joined a smattering of lawmakers — including Rep. Alexandria Ocasio-Cortez, a high-profile progressive newcomer — in calling for the president’s ousting.

“Mueller put the next step in the hands of Congress: ‘Congress has authority to prohibit a President’s corrupt use of his authority in order to protect the integrity of the administration of justice,’” Warren said. “The correct process for exercising that authority is impeachment.”

A number of Democrats on Thursday, however, said they felt the evidence against Trump — though damaging — was not enough to trigger the consequential act of trying to forcibly eject the president from office. Party leaders fear such a move could cost the party the House.

Most of Warren’s primary contenders have demurred on questions about impeachment, not taking the option off the table but also not calling for it outright.

The special counsel ultimately did not come to a conclusion on whether the president obstructed justice, but Attorney General William Barr said in a letter to Congress last month he would not pursue charges since it is clear that was not Trump’s “intent.”

Democrats railed against Barr after reading the report, claiming the attorney general’s handling of it was misleading and a clear attempt to protect Trump. Many pushed to continue the investigation by quickly taking matters into their own hands — a process set in motion Friday, when the House Judiciary Committee issued a subpoena for an unredacted version of Mueller’s report and confirmed it was in talks with the Justice Department about plans for the special counsel to testify before Congress next month.