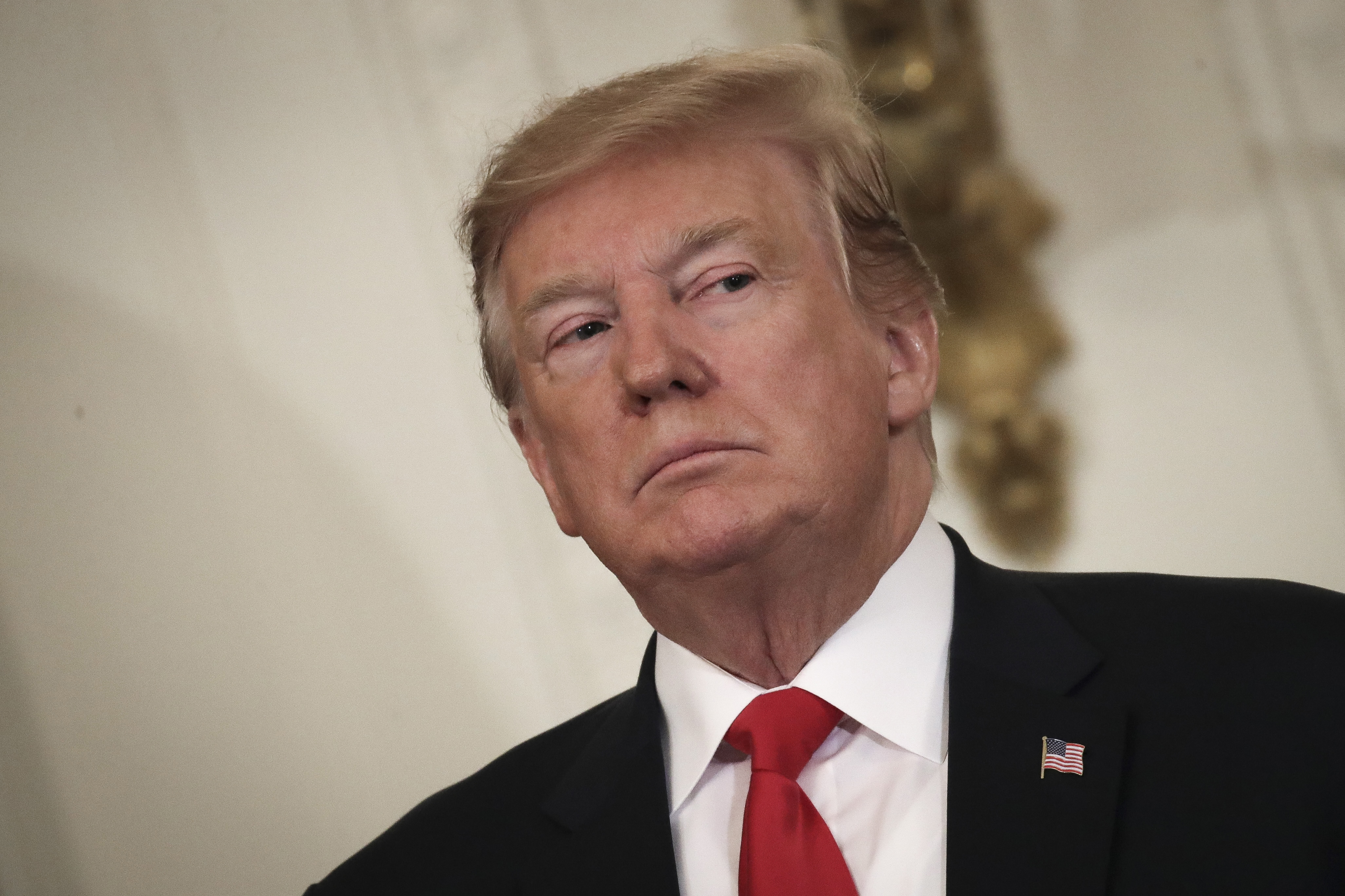 President Donald Trump on Friday ripped the damaging information his former aides offered to special counsel Robert Mueller as “total bullshit,” suggesting investigators for the special counsel skewed his staffers’ words and that some of his aides just wanted to make him look bad.

“Statements are made about me by certain people in the Crazy Mueller Report, in itself written by 18 Angry Democrat Trump Haters, which are fabricated & totally untrue. Watch out for people that take so-called ‘notes,’ when the notes never existed until needed,” he wrote in a string of tweets.

Trump complained that he was unable to push back on the claims made by his aides in Mueller’s report because of his decision not to sit down with Mueller in person. He also suggested he was unfairly thrown under the bus by those who had spoken freely to investigators.

“Because I never agreed to testify, it was not necessary for me to respond to statements made in the ‘Report’ about me, some of which are total bullshit & only given to make the other person look good (or me to look bad),” he continued in another tweet.

The anecdotes of White House staffers who worked in close proximity with Trump are littered throughout Mueller’s report, painting a devastating portrait of Trump’s presidency while undercutting his claim of “total exoneration” by Mueller. Two former aides in particular, former White House counsel Don McGahn and staff secretary Rob Porter, spent significant time with Mueller, and notes from their interactions with the president are referenced repeatedly in the report.

In one instance cited in the redacted report, which was released Thursday, the president apparently criticized McGahn for telling Mueller’s investigators that Trump sought to have Mueller removed.

When McGahn responded that he had to, Trump questioned McGahn about his notetaking habits.

"Why do you take notes? Lawyers don’t take notes. I never had a lawyer who took notes," Trump is quoted as saying, to which McGahn responded that a "real lawyer" does.

Trump countered that he’d had "a lot of great lawyers" like Roy Cohn, who he argued "did not take notes."