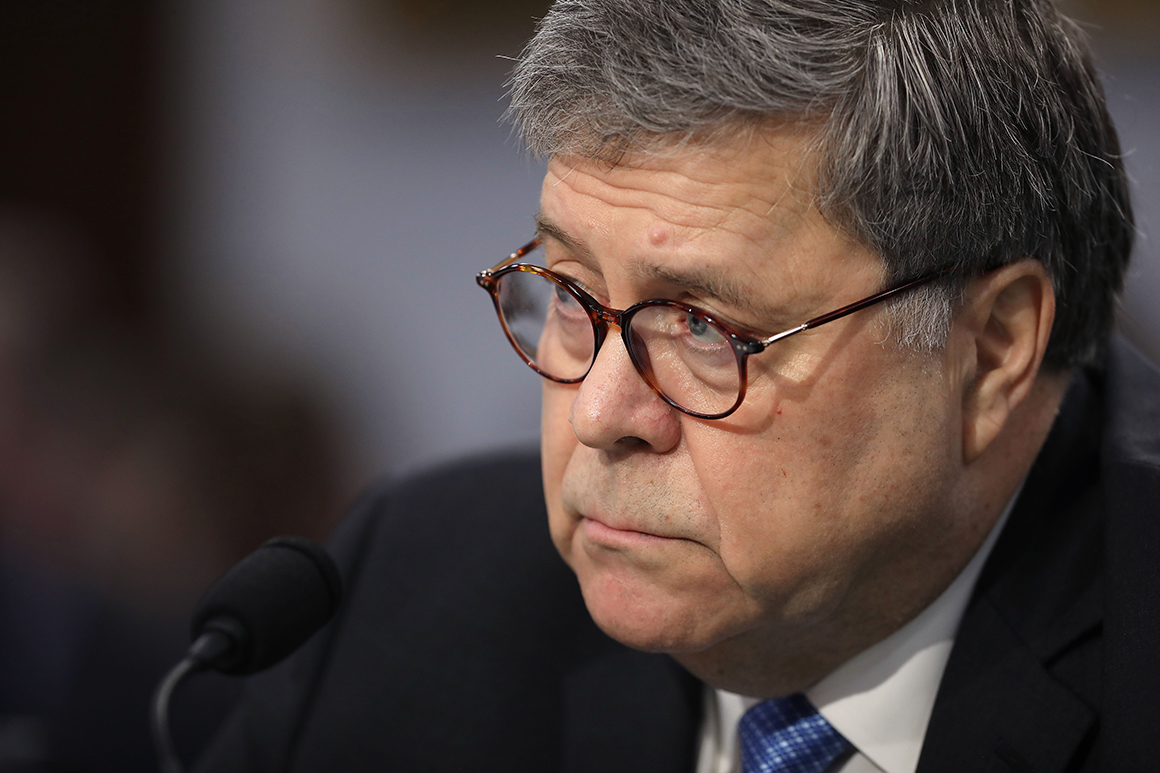 For nearly a month, the American public has been under the impression, thanks to a four-page "summary" by Attorney General William Barr, that Robert Mueller could not decide whether President Donald Trump had obstructed justice because of “difficult questions of law and fact.” Barr suggested that the special counsel, after 22 months of investigation, simply couldn’t make up his mind and left it to his boss to decide.

Now that we have seen almost the entire report of more than 400 pages, we know Barr intentionally misled the American people about Mueller’s findings and his legal reasoning. As a former federal prosecutor, when I look at Mueller’s work, I don’t see a murky set of facts. I see a case meticulously laid out by a prosecutor who knew he was not allowed to bring it.

Mueller’s report detailed extraordinary efforts by Trump to abuse his power as president to undermine Mueller’s investigation. The case is so detailed that it is hard to escape the conclusion that Mueller could have indicted and convicted Trump for obstruction of justice—if he were permitted to do so. And the reason he is not permitted to do so is very clear: Department of Justice policy prohibits the indictment of a sitting president.

Though Mueller determined there was no “collusion” between the Trump campaign and the Russian government, he makes clear that proving obstruction does not require the existence of such an underlying crime. There are many reasons, including fear of personal embarrassment, to explain why the president might have tried to impede the special counsel’s investigation. “The injury to the integrity of the justice system is the same regardless of whether a person committed an underlying wrong,” Mueller wrote. Moreover, Mueller’s team “found multiple acts by the President that were capable of exerting undue influence over law enforcement investigations.”

But Barr hid these inconvenient facts.

In his letter in March, Barr rushed to conclude that Trump did not obstruct justice, suggesting that Mueller “[left] it to the Attorney General to determine whether the conduct described in the report constitutes a crime.” His letter, which did not contain a single full sentence written by Mueller’s team, contained none of Mueller’s reasoning, nor his rejection of all of the defenses raised by Trump’s lawyers to obstruction of justice.

Then Barr compounded the deception in his news conference Thursday before his release of the report. Without Mueller present, Barr took a question from a reporter who asked whether Mueller’s non-decision on obstruction “had anything to do with the department’s long-standing guidance from the Office of Legal Counsel on not indicting a sitting president.”

Barr responded that he had a private conversation with Mueller, who told him that he “was not saying that but for the OLC opinion, he would have found a crime.” Regardless of whether Barr’s recounting of the conversation was technically accurate, it’s clear that Barr’s answer was highly misleading. Having now read the report, there can be no serious question that the answer from the Mueller team is “yes.” “Fairness concerns” arising from the inability to indict a sitting president was the key factor in Mueller’s decision not to reach a conclusion on obstruction of justice.

Reading Mueller’s report, it is obvious the contortions Barr undertook to pronounce Trump exonerated. In the report, Mueller went out of his way to debunk Barr’s unconventional view that the Constitution “categorically and permanently immunize[d]” Trump from prosecution for abusing his power to undermine the investigation.

In fact, Mueller concluded that Congress has the authority to remove Trump from office, noting that his “conclusion that Congress may apply the obstruction laws to the President’s corrupt exercise of the powers of office accords with our constitutional system of checks and balances and the principle that no person is above the law.” Mueller appears to believe that it is the role of Congress to ensure Trump is not above the law.

And now Congress can see the case Mueller laid out.

What they do with it is in large part a political question. The majority of House Democrats have already concluded that impeachment is not “worthwhile,” Nevertheless, some House members, primarily from the progressive wing of the Democratic Caucus, have indicated they intend to use the full extent of their investigatory powers.

They have plenty to work with. The Mueller report paints a picture of a president who took extraordinary steps to undermine a lawful investigation into him and his associates. Trump fired the FBI director, tried to fire Mueller, asked the FBI director to stop investigating former national security adviser Michael Flynn, tried to persuade Attorney General Jeff Sessions to reverse his recusal and tank the investigation, and tried to influence the testimony of witnesses. Mueller properly rejected all of the defenses to obstruction of justice put forward by Trump’s lawyers. Candidly, as a criminal defense attorney, I cannot see how I would convince a jury that there is reasonable doubt based on these facts.

But Trump will almost certainly never face a jury, due in part to the highly questionable efforts of his lawyers, who appear to need lawyers of their own. Their greatest achievement was convincing Mueller not to interview Trump, even though Mueller concluded he “had the authority and legal justification” to force Trump to testify.

Mueller said he chose not to interview Trump because it would cause “substantial delay” and he already had “sufficient evidence,” which strongly suggests that Mueller felt that he could prove Trump’s intent without an interview. In a typical case, a prosecutor would have interviewed Trump regardless, to lock him into a story. In this matter as well, Mueller showed considerable restraint.

Ironically, despite Trump’s refusal to sit for an interview—as other presidents like Ronald Reagan and Bill Clinton did—Barr touted Trump’s “full cooperation” with the investigation. On this matter, as with so many others, Barr deceived the public.

That is not the only time Barr deliberately misled the American people. His letter from March is full of half-truths and highly misleading statements. For example, Barr quoted the following passage from the report: “[T]he investigation did not establish that members of the Trump Campaign conspired or coordinated with the Russian government in its election interference activities.”

Barr omitted the first part of that sentence, which read: “Although the investigation established that the Russian government perceived it would benefit from a Trump presidency and worked to secure that outcome and that the Campaign expected it would benefit electorally from information stolen and released through Russian efforts, the investigation did not establish that members of the Trump Campaign conspired or coordinated with the Russian government in its election interference activities.”

If I engaged in that sort of selective quotation in a court of law, I would be censured for misleading the court. As attorney general of the United States, Barr should be held to a higher standard than any ordinary lawyer. There can be no serious question that Barr deliberately misled the American people and its elected representatives about a matter of the utmost public concern.

More alarming, Barr stonewalled the House of Representatives, which has a constitutional duty to investigate criminal activity by the president. Despite repeated requests, Barr did not disclose the report to the House prior to its public release and has still refused to provide the full report to congressional leadership, leading House Judiciary Committee Chairman Jerrold Nadler of New York to state that he will issue a subpoena for the report.

There can be no justification for Barr’s refusal to provide the report to Congress, particularly when he provided the report to Trump’s legal team—including Trump’s personal attorneys—days prior to its release. Barr was not required by law to do so, and as far as we know, he provided it to no one else in advance. Jay Sekulow saw the Mueller report before Nancy Pelosi or Nadler saw it, and Barr has refused to produce the full report of a criminal investigation of the president to them. That is not how our constitutional system is supposed to work.

Many will criticize Mueller’s decision (or lack thereof) because, as a practical matter, it does not hold Trump immediately responsible for his conduct. But I will never criticize a prosecutor for demonstrating a sense of fair play. As Justice Robert H. Jackson wrote, “the citizen’s safety lies in the prosecutor who tempers zeal with human kindness, who seeks truth and not victims, who serves the law and not factional purposes, and who approaches his task with humility.”

Faced with a task of enormous importance, Mueller exemplified the highest ideals of the Department of Justice. Barr, for his part, pledged to be “transparent.” But we can see clearly now how much he tried to conceal.