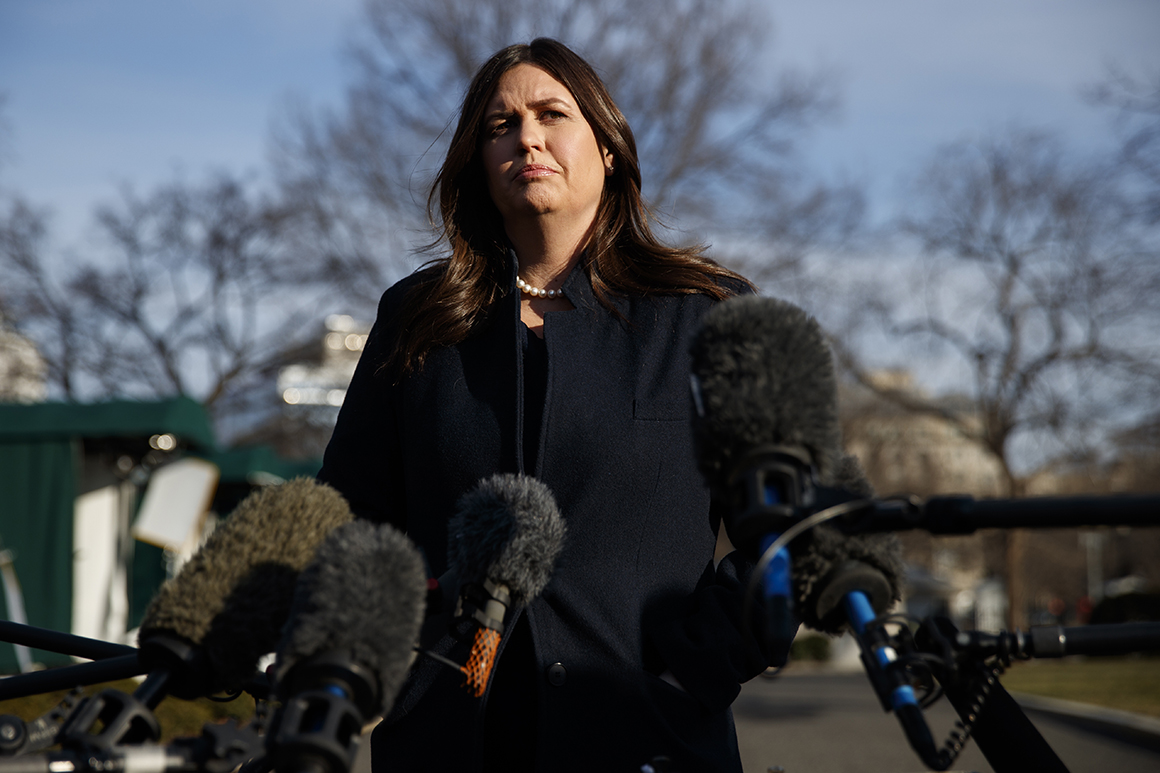 White House Press Secretary Sarah Huckabee Sanders on Friday defended the "sentiment" of her characterization of President Donald Trump’s decision to fire former FBI Director James Comey as "100 percent accurate," even though she conceded to special counsel Robert Mueller that her comments at the time were not based on any facts.

In the wake of Trump’s 2017 decision to fire Mueller, Sanders told reporters “the rank and file of the FBI had lost confidence in their director,” citing the testimony of “countless” agents. Mueller’s report, completed last month and released to the public on Thursday, said the White House press secretary “acknowledged to investigators that her comments were not founded on anything."

Across multiple TV interviews Friday morning, Sanders offered a somewhat scattershot defense of her explanation of Comey’s firing, insisting that it was Mueller who characterized the entire exchange about the dismissal as lies. She said she told investigators that her use of the word “countless” had been a slip of the tongue and her comment about agents’ loss of confidence was made in “the heat of the moment.”

“The big takeaway here is that the sentiment is 100 percent accurate,” Sanders told "CBS This Morning." "The FBI is a better place without James Comey. He disgraced himself, and he undermined the agency that he was supposed to be in charge of.”

Although Sanders insisted that her use of the word "countless" had been an unintentional slip, the press secretary used the same word one day later to characterize the number of FBI agents she claimed to have personally heard from who said morale had dipped at the bureau under Comey’s leadership.

“I can speak to my own personal experience,” she said in 2017. “I’ve heard from countless members of the FBI that are grateful and thankful for the president’s decision.”

Even before Sanders’s admission to Mueller’s team, the press secretary’s explanation of Comey’s dismissal had been undercut by the president himself, who contradicting his own communications team’s messaging when he told NBC News in an interview that he had fired the FBI director over concerns with the bureau’s Russia investigation.

Mueller’s team honed in on Trump’s decision to fire Comey as part of its probe to determine whether the president intended to obstruct justice. The report said investigators found “substantial evidence” that Trump dismissed the FBI director for his “unwillingness to state that the president was not personally under investigation” by the special counsel.

The report also said after her briefing on Comey, Sanders spoke with the president, “who told her she did a good job and did not point out any inaccuracies in her comments.”

On Friday, Sanders said Trump never asked her to say something she knew not to be true.

In a separate Friday morning interview with ABC’s "Good Morning America," Sanders also pushed back against the idea that she misled the press in a separate instance described in Mueller’s report, when she told reporters in 2017 that the president “certainly didn’t dictate” a misleading statement Donald Trump Jr. provided to the New York Times about his meeting with a Russian lawyer who had promised damaging information on Hillary Clinton sourced from the Russian government.

Sanders told “Good Morning America” that, to her knowledge, the president only “weighed in” on Trump Jr.’s statement. She also repeated her claims that only her use of the word “countless” had been a “slip of the tongue,” repeatedly pivoting quickly to the White House’s no collusion, no obstruction talking points.

“I’m sorry that I wasn’t a robot like the Democratic party that went out for two-and-a-half years and stated time and time again that there was definitely Russian collusion between the president and his campaign,” she said in response to a question on why she would not admit to having made untrue statements. “They were the ones that were creating the greatest scandal in the history of our country.”