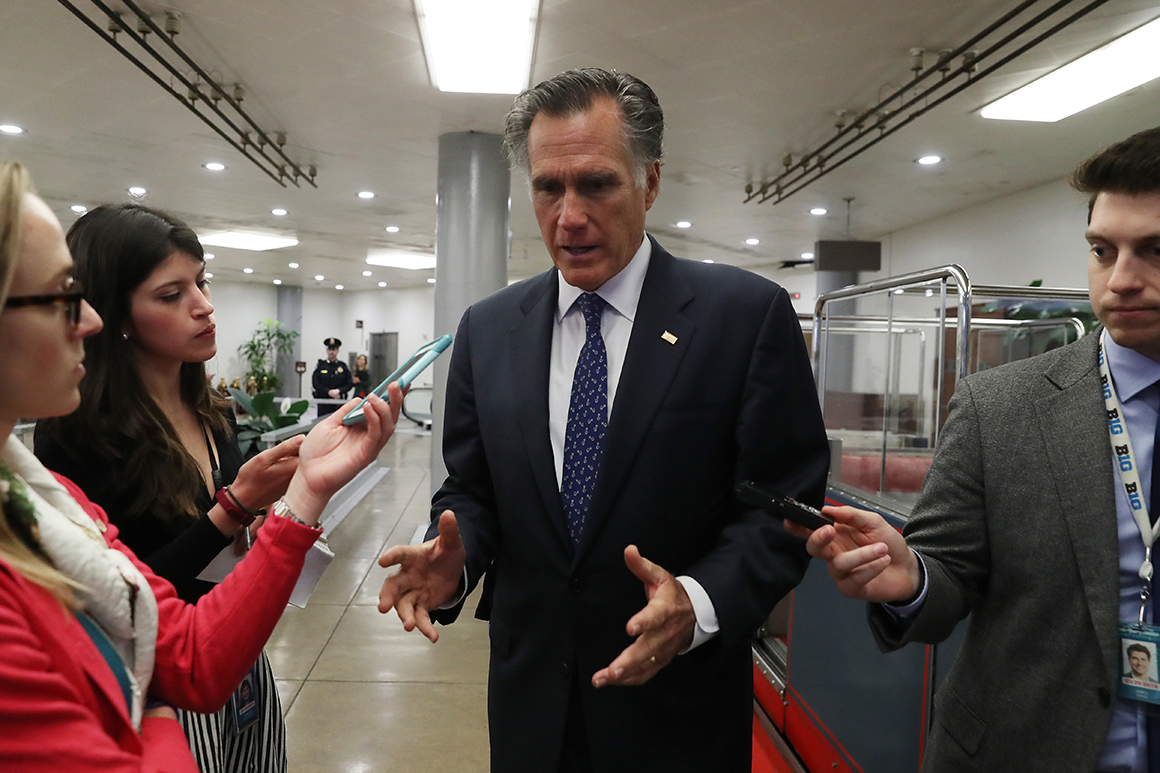 In a statement, the Utah Republican said that while it was “good news” there was not enough evidence to bring criminal charges related to conspiring with Russia and that there was no conclusion of obstruction of justice, he blasted the White House and Trump campaign officials for their actions. The report, released Thursday, demonstrated repeated efforts by Trump to interfere with Mueller’s investigation into Russian interference in the 2016 election.

“I am sickened at the extent and pervasiveness of dishonesty and misdirection by individuals in the highest office of the land, including the President,” Romney said. “I am also appalled that, among other things fellow citizens working in a campaign for president welcomed help from Russia.”

Romney blasted members of the Trump campaign for not informing law enforcement about Russia’s actions and went after former Trump campaign chairman Paul Manafort for “actively promoting Russian interests in the Ukraine."

“Reading the report is a sobering revelation of how far we have strayed from the aspirations and principles of the founders,” Romney said.

The Utah Republican broke ranks with much of his party in condemning Trump. A number of Republicans emphasized the first half of Mueller’s findings, which said the special counsel did not find evidence that the Trump campaign conspired with Russia, echoing the president’s “no collusion” mantra.

Like his GOP colleagues, however, Romney called for the government to move on now that the 22-month probe has concluded.

“It is good news that there was insufficient evidence to charge the President of the United States with having conspired with a foreign adversary or with having obstructed justice,” Romney said. “The alternative would have taken us through a wrenching process with the potential for constitutional crisis. The business of government can move on.”

Democrats on Thursday keyed in on Mueller’s decision to not “draw ultimate conclusions” about whether Trump intended to obstruct justice, citing a number of instances in the report that said the president’s conduct satisfied all the legal elements of the crime.

Romney’s statement does not reference ongoing congressional investigations, which Democrats plan to ramp up in the coming weeks. The House Judiciary Committee issued a subpoena for an unredacted version of Mueller’s report Friday and are in talks with the Justice Department about plans for the special counsel to testify before Congress next month.