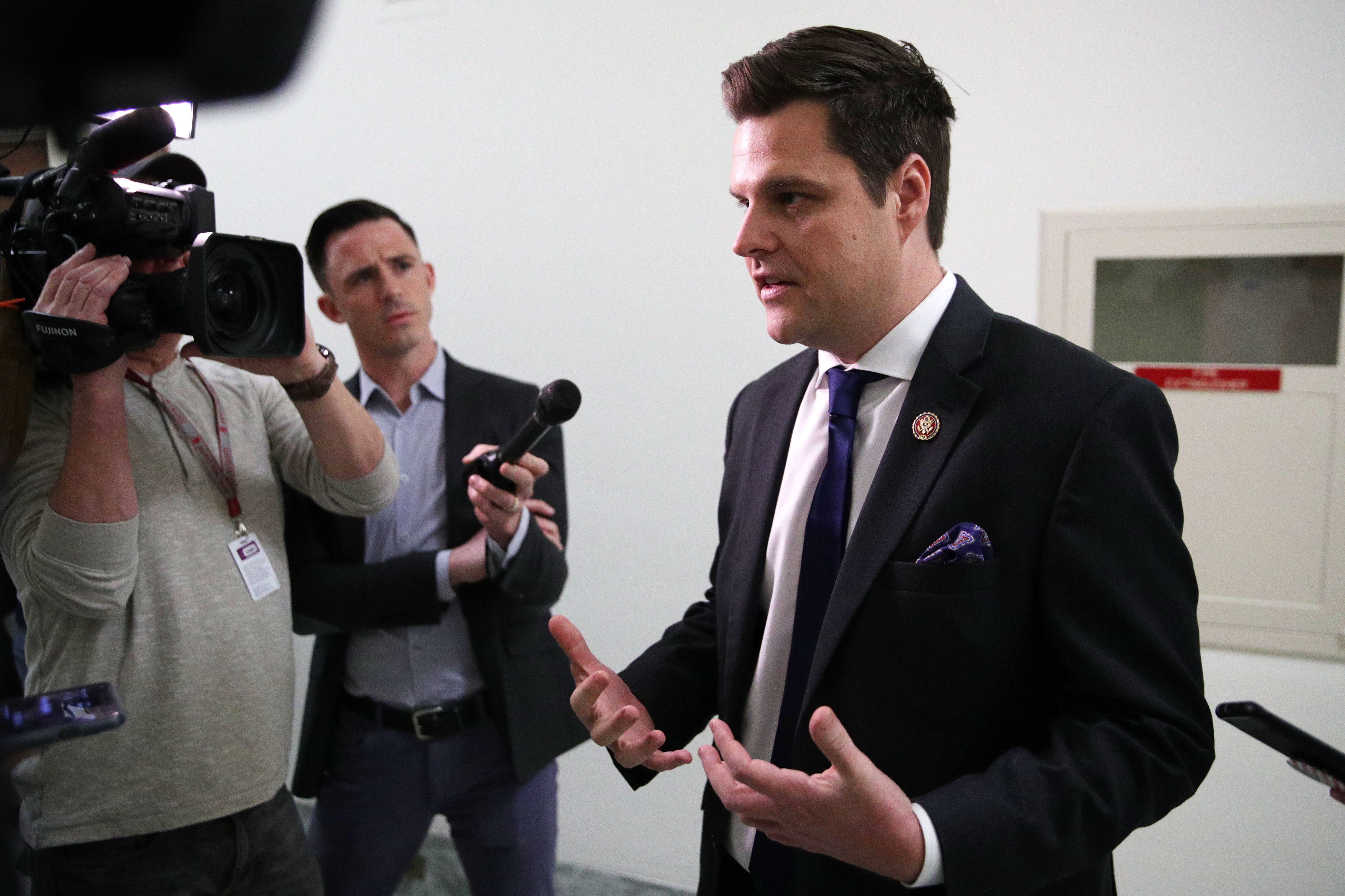 Rep. Matt Gaetz (R-Fla.) — one of President Donald Trump’s most avid supporters in Congress — has hired an ex-White House speechwriter who was forced out last year amid scrutiny over his ties to white nationalists.

“Very proud to have the talented Dr. Darren Beattie helping our team as a Special Advisor for Speechwriting. Welcome on board!” Gaetz tweeted Friday.

Beattie was fired from the White House in August 2018 after reports that he had delivered remarks at a 2016 conference, dubbed an "active hate group" by the Southern Poverty Law Center, alongside a well-known white nationalist, Richard Spencer.

Organizers of the event, the H.L. Mencken Club, described it as a gathering for the “independent-minded intellectuals and academics of the Right.” But the SPLC has described its attendees as “a band of white nationalists, pseudoacademic and academic racists.”

The former Duke University instructor, who rose to prominence for his early prediction that Trump would win the presidency, later released what he said was a transcript of his speech. No video of his speech has been found.

Gaetz has been one of Trump’s most vocal defenders on Capitol Hill and on television, and is known for his bombastic rhetoric.

The attorney-turned-lawmaker has drawn scrutiny of his own for inviting a Holocaust denier to one of Trump’s State of the Union addresses. Gaetz has also appeared on the conspiracy-peddling website “Infowars,” run by Alex Jones, though he later said he regretted doing so.

Gaetz’s office did not return a request for comment on the staffing decision.