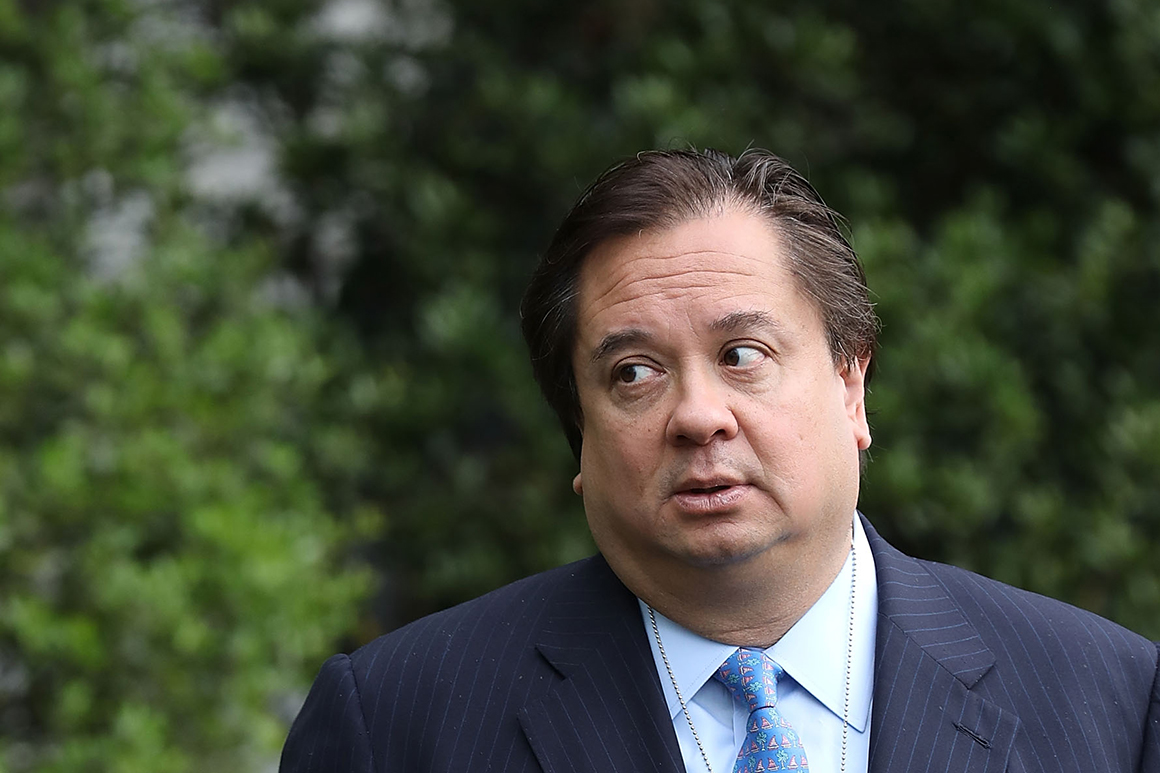 Conservative lawyer George Conway on Thursday called for President Donald Trump to be impeached, entrenching himself even deeper in opposition to his wife, senior counselor to the president Kellyanne Conway, in the wake of special counsel Robert Mueller’s report.

In an op-ed in The Washington Post, George Conway, who has made his distaste for the president widely known, asserted that though Mueller cleared Trump on the issue of collusion and declined to recommend charges on obstruction of justice, the special counsel’s findings are nevertheless “damning” and make a convincing case for impeachment.

While his wife on Thursday said that Mueller’s nearly two-year investigation was a “political proctocology exam and the president has been given a clean bill of health,” George Conway called Trump a “cancer on the presidency” that Congress must “excise … without delay.”

George Conway took issue with the defense of Trump’s allies that obstruction cannot occur without an underlying crime, reiterating a point made by Mueller that it’s not a valid excuse in a court of law.

In comparison with Richard Nixon, who resigned as president rather than face impeachment for obstructing an investigation into his coverup of the Watergate burglary, what Trump is accused of doing was arguably worse, Conway wrote. And where Nixon had the assistance of his aides, Conway argued, Trump was a "one-man show" whose aides thwarted his attempts to curtail the investigation according to Mueller.

He also rebutted Trump and his allies who have put forward the argument that in the case of obstruction, Trump had the authority to fire his investigators like FBI Director James Comey and even Mueller himself.

“The president may have the raw constitutional power to, say, squelch an investigation or to pardon a close associate. But if he does so not to serve the public interest, but to serve his own, he surely could be removed from office, even if he has not committed a criminal act,” Conway wrote. But, he added, by “these standards, the facts in Mueller’s report condemn Trump even more than the report’s refusal to clear him of a crime.”

Conway repeated his assertion that the moral bar of a president should be much higher than not being “provably a criminal.”

“The ultimate issue shouldn’t be — and isn’t — whether the president committed a criminal act,” he wrote.

But while Conway was clear in his call for Congress to impeach Trump, Democrats have continued to tread lightly on the issue. Democrats in the House have pledged to continue their bevy of investigations into Trump, with some arguing that Mueller’s findings on obstruction serve as a road map of sorts for them. Others have concluded Mueller intended to leave the question of obstruction up to Congress, but party leaders have notably stopped short of saying they’ll pursue impeachment.

Without a smoking gun in Mueller’s 448-page report, it will be nearly impossible to reach a widespread bipartisan consensus on the issue, a prerequisite that top Democrats have laid out multiple times. Still, House Speaker Nancy Pelosi on Thursday signaled some sort of action, writing to her caucus that "Congress will not be silent."