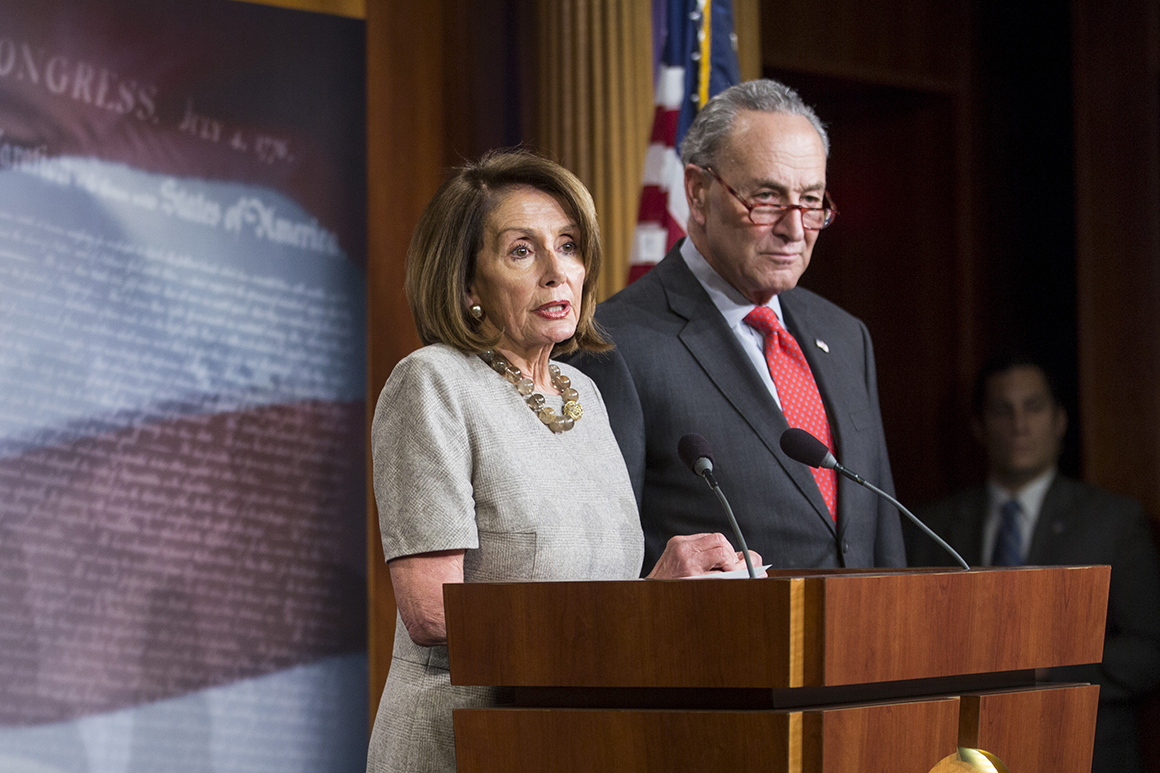 House Speaker Nancy Pelosi and Senate Minority Leader Chuck Schumer are rejecting an offer from Attorney General WIlliam Barr to view a significantly less-redacted version of special counsel Robert Mueller’s report, contending that Barr is too severely limiting the number of lawmakers who can view it.

“Given the comprehensive factual findings presented by the special counsel’s report, some of which will only be fully understood with access to the redacted material, we cannot agree to the conditions you are placing on our access to the full report,” Pelosi, Schumer and other senior House and Senate Democratic committee chairs wrote in a letter to Barr on Friday.

The Democrats say Barr’s offer, which would allow just 12 senior lawmakers and certain staffers to see the fuller version of the report, also fails to guarantee lawmakers access to grand jury material. They say they’re open to “discussing a reasonable accommodation” but that members of investigative committees — such as the Judiciary Committee and Intelligence Committee in each chamber — require access as well.

“While the current proposal is not workable, we are open to discussing a reasonable accommodation with the Department that would protect law enforcement sensitive information while allowing Congress to fulfill its constitutional duties,” they write.

Their letter comes just a day after the Justice Department invited a select group of lawmakers to view a significantly less-redacted version of Mueller’s report.

Assistant Attorney General Stephen Boyd had said the top Republicans and Democrats on the House and Senate Judiciary committees, in addition to members of the so-called “Gang of Eight” and certain staffers, would be able to view the less-redacted version next week in a secure setting at DOJ headquarters. The Gang of Eight, a group of lawmakers that regularly views the government’s most sensitive secrets, includes Pelosi, Schumer, House Minority Leader Kevin McCarthy, Senate Majority Leader Mitch McConnell and the bipartisan leaders of the House and Senate Intelligence Committees.

But while that document would include classified information and evidence related to ongoing investigations — which were deleted from the public version of the report — lawmakers would still be blocked from viewing sensitive grand-jury information.

The Democrats’ letter comes on the same day that Nadler issued a subpoena to the Justice Department for the full, unredacted Mueller report and all of the underlying evidence.

Democrats have contended that they have a right to use that information for their own obstruction of justice investigation into the president. They’ve also said that all members of Congress — rather than just a select few members — should be able to view classified portions.