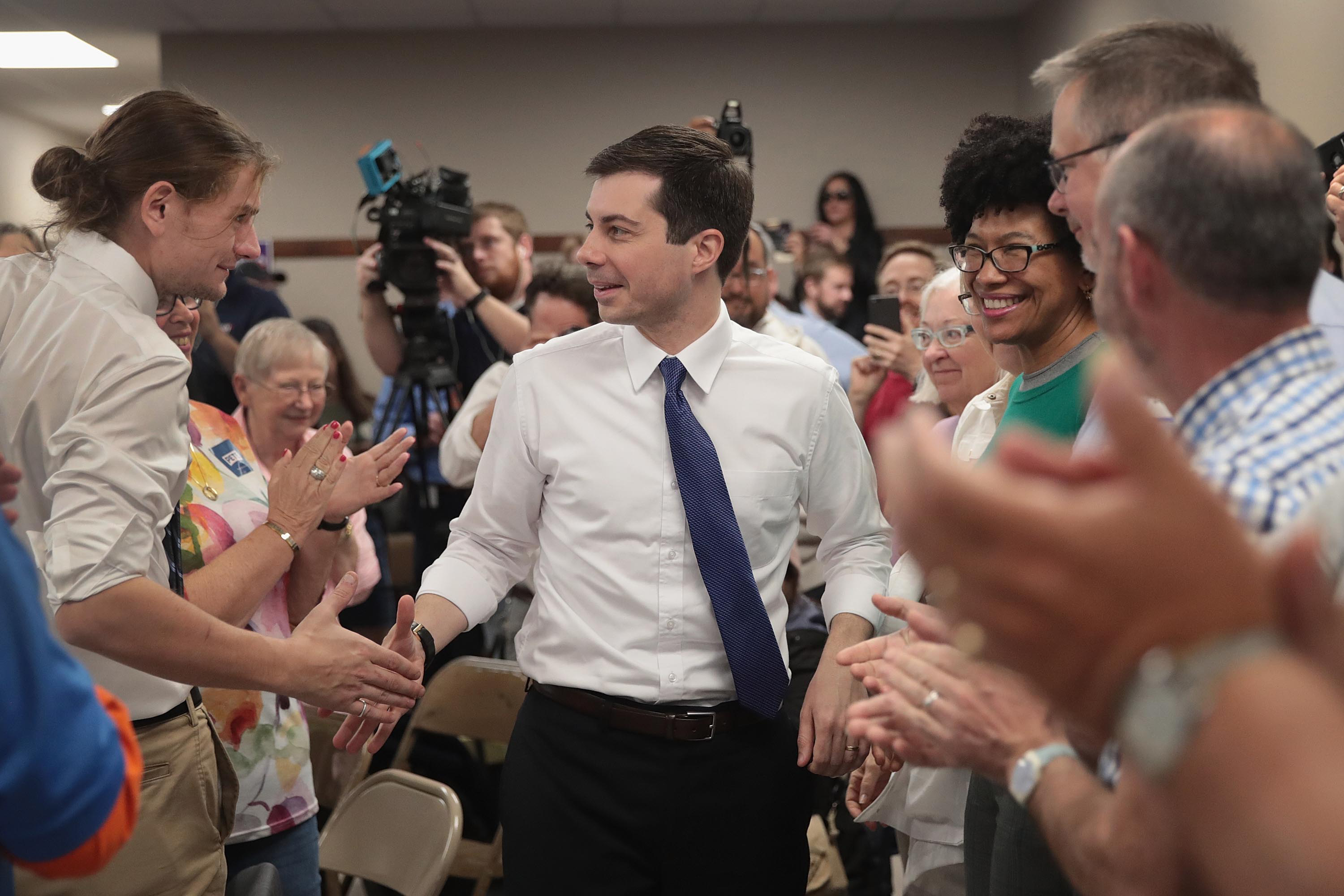 Democrat Pete Buttigieg is planning a series of 11 fundraisers over three days in California next month, as the rising presidential candidate looks to seize on interest from eager donors to power his campaign.

Buttigieg, the mayor of South Bend, Ind., will appear at two events in San Diego on May 8, three in Los Angeles the next day, and six in the San Francisco Bay Area the day after that, according to a schedule obtained by POLITICO.

The fundraisers range from more casual gatherings — a “happy hour grassroots fundraiser” in Los Angeles and a “coffee and chat with Mayor Pete Buttigieg” in Palo Alto, with guests pledging $100 to $1,000 — to a meeting of Buttigieg’s “national investment circle” in San Francisco on May 10. Donors at that level also gathered with Buttigieg in South Bend the weekend that he launched his presidential campaign, according to the schedule.

The fundraising swing sends Buttigieg into Sen. Kamala Harris’ California territory just days after Harris, a 2020 rival, is scheduled to headline a fundraiser for her campaign in Chicago, not far from Buttigieg’s hometown. The Buttigieg campaign has placed a handful of staffers in Chicago and mined the city’s deep Democratic donor base for early support.

The geographic overlap goes both ways. Susie Tompkins Buell, a top Democratic donor based in California, was an early backer of Harris but recently sent out invitations for a fundraiser benefiting Buttigieg as well.

Buttigieg also held three fundraisers in New York City this week, with one sold-out invitation telling viewers that the campaign will be announcing return visits “in the coming weeks.” Buttigieg will then raise money in Chicago early next week before holding two events in Minnesota in the first two days of May.