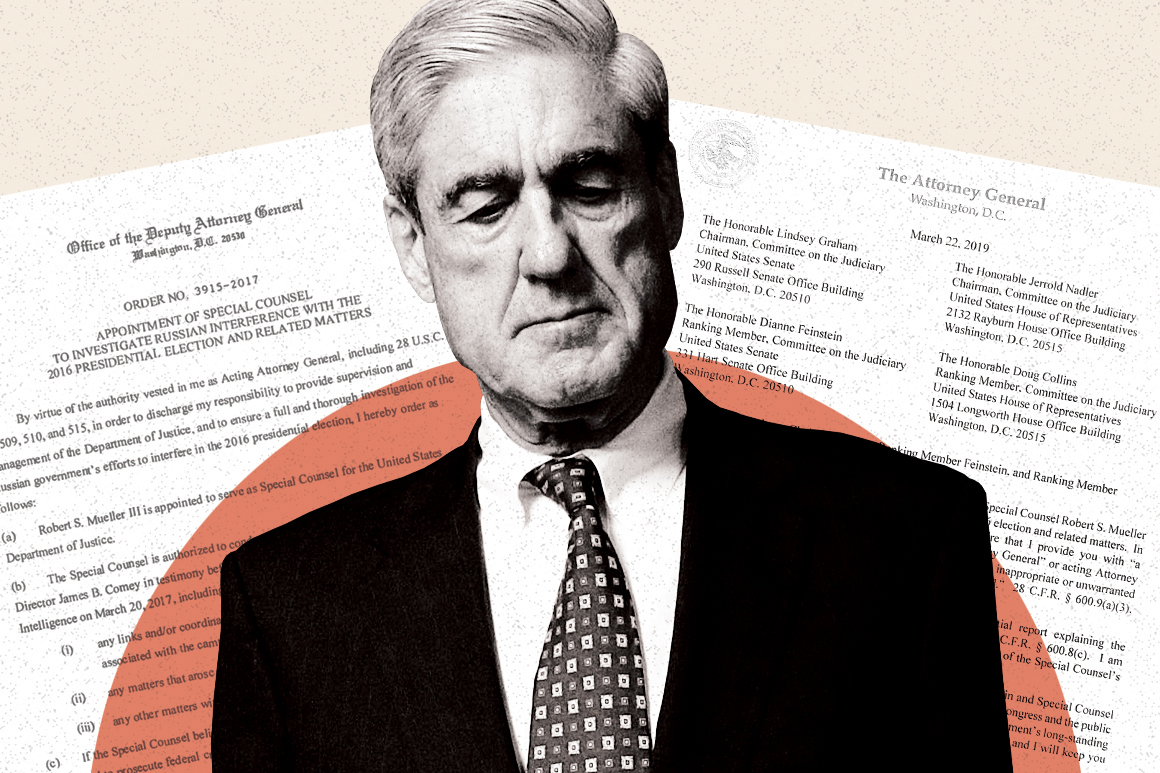 The Justice Department has released a redacted version of special counsel Robert Mueller’s report on his Russia probe, marking a watershed moment in Donald Trump’s presidency.

The 381-page report is the culmination of a nearly two-year-long investigation that has cast a shadow over Trump’s time in office as questions swirled around whether Trump’s campaign conspired with Moscow intermediaries to sway the 2016 election, and whether the president tried to impede an investigation into the matter.

While the exhaustive document confirms that Mueller found no conspiracy between Trump’s campaign and the Kremlin, it contains some unfavorable observations regarding potential obstruction of justice.

“If we had confidence after a thorough investigation of the facts that the President clearly did not commit obstruction of justice, we would so state. Based on the facts and the applicable legal standards, however, we are unable to reach that judgment,” the report says in a 182-page section dedicated to obstruction.

“Accordingly, while this report does not conclude that the President committed a crime, it also does not exonerate him,” it continues.

The passage is particularly notable as it contains the full context of a line that Attorney General William Barr used in an initial March 24 letter he released summarizing the principal conclusions of Mueller’s report. Barr chose only to include a portion of the final sentence, frustrating Democrats, some former DOJ officials and even some on Mueller’s team, who felt that the selective editing narrowly presented the special counsel’s findings.

Barr also proactively announced in his March letter that he would not bring an obstruction case against the president, further irritating Democrats.

Mueller’s report leaves open the possibility that Trump could at least in theory face prosecution for criminal acts after he leaves office. Mueller’s prosecutors decided, therefore, that a criminal investigation of the president was appropriate.

However, Mueller’s team said making a decision about whether crimes were committed would have gone too far. Long-standing DOJ legal guidance dating to Watergate says a sitting president can’t be indicted.

“Fairness concerns counseled against potentially reaching that judgment when no charges can be brought,” the report says.

Mueller’s report also addresses a major question that has lingered since the public got the first glimpses of his findings in late March — why the special counsel’s team didn’t push for an interview with the president. The question took on greater importance Thursday morning, when Barr emphasized at a news conference that he believed Trump’s intent was critical to determining whether the president was trying to stymie the Russia probe with his actions, including firing FBI Director James Comey and relentlessly attacking Mueller and his team as corrupt.

“We also sought a voluntary interview with the President. After more than a year of discussion, the President declined to be interviewed,” Mueller’s team wrote. Just after that statement, however, a portion of the report was redacted on grand jury secrecy grounds.

Trump ultimately agreed to answer written questions on Russia topics, but declined to answer questions about “obstruction topics” or about the transition period.

“Ultimately, while we believed that we had the authority and legal justification to issue a grand jury subpoena to obtain the President’s testimony, we chose not to do so,” the report states. “We made that decision in light of the substantial delay that such an investigative step would likely produce at a late stage in our investigation.”

Mueller’s team also felt it had “sufficient evidence to understand relevant events and to make certain assessments without the President’s testimony,” according to the report.

Redactions such as the one blocking details about Mueller’s attempts to interview Trump are likely to become the next battleground between Democrats and Barr.

Democrats have said that the attorney general — a recent Trump appointee who raised eyebrows with his decision to reveal two of Mueller’s most high-profile conclusions weeks before the report could be made public — can’t be trusted to oversee a fair redaction process. Democratic House leaders have already threatened to issue a subpoena to Barr, and they’re planning follow-up legal action to obtain the unredacted document.

The report will inevitably guide congressional Democrats for the next two years as they investigate Trump and his inner circle for a potpourri of potential malfeasance, from financial fraud to security clearance abuses. A senior Democratic aide recently told POLITICO that the six House committees conducting Trump-related investigations will immediately determine which revelations in the report apply to which panel and where there might be overlap as lawmakers move forward.

As for the inchoate 2020 presidential campaign, the report has the potential to shape the candidates’ early talking points. Democratic presidential hopefuls have mostly skirted the subject to this point, deferring to Mueller’s findings. But with those findings finally coming out, candidates will be forced to confront politically prickly questions about whether Congress should launch impeachment proceedings against the president.

For Trump, the report — regardless of its contents — will offer yet another chance to trumpet his well-worn narrative that the true corruption was among the officials who launched and led the Russia probe. Indeed, since Barr cracked the window on Mueller’s conclusions, Trump has been testing a vengeance campaign that he’ll likely deploy for 2020 — “investigate the investigators,” decry the “attempted coup” and call for the resignation of his main Democratic foils in Congress.

Washington will also be watching to see whether Trump moves to pardon or commute the prison sentences of any allies entangled in the probe. While the president has dismissed questions about clemency, he’s pointedly not ruled it out, either.

While Mueller’s work is completed, Trump still faces multiple investigations into his campaign, his presidency and his private business from congressional investigators and other authorities.

The special counsel has spun off elements of his probe to other DOJ offices, including tips to New York prosecutors that led to the Cohen charges and possibly informed a broad swath of subpoenas federal prosecutors sent to Trump’s inaugural committee.