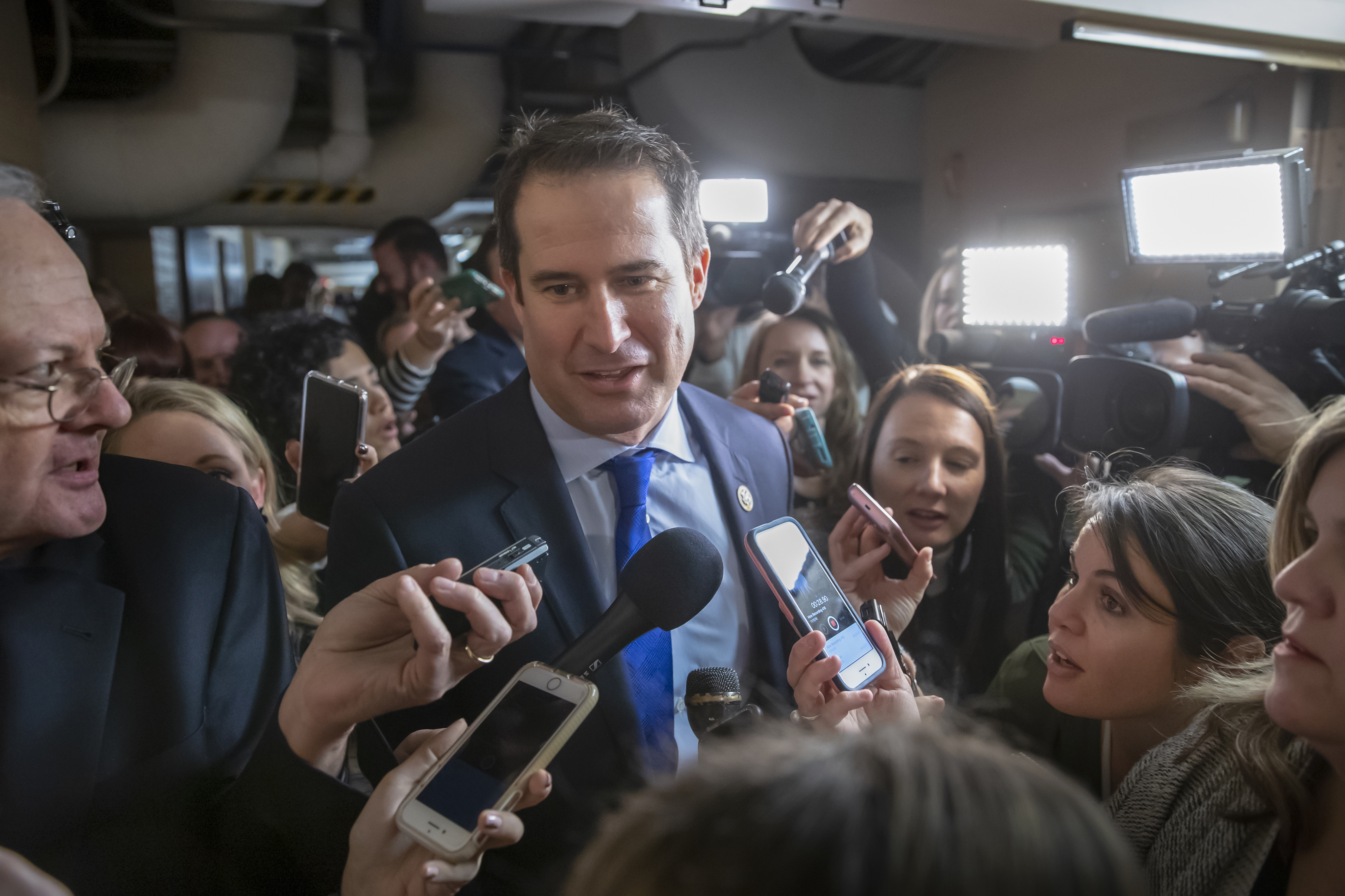 Democratic Rep. Seth Moulton has built a presidential campaign-in-waiting ahead of an anticipated launch next week, making preparations from designating a campaign manager and other senior staff to commissioning a new logo.

Moulton, an Iraq War veteran serving his third term in Congress, recently taped an announcement video in his hometown of Marblehead. The video, according to a Democrat with knowledge of Moulton’s staffing and announcement plans, was directed by writer and producer Lance Khazei.

He has also retained a respected Democratic polling firm: The Mellman Group, which has consulted for Moulton since his upset victory over a scandal-plagued Democratic incumbent in a 2014 primary in Massachusetts. The polling firm conducted surveys and focus groups in a handful of early primary states, including New Hampshire and South Carolina, that suggested presidential primary voters have not made up their minds and that Democrats could be energized by a young candidate, according to the person with knowledge of Moulton’s preparations.

Moulton has also built out a senior staff. Jim Matheson, the interim director of Moulton’s PAC and a senior lecturer at Harvard Business School, is set to be the campaign manager at launch time. Michelle Kleppe, who’s served as the executive director of Moulton’s Serve America PAC, is also positioned to be involved in a campaign as a political adviser.

Matt Corridoni, Moulton’s spokesman, is positioned to serve as national press secretary, while Adam Farina is set to serve as speechwriter for the campaign. The campaign-in-waiting also includes a set of advisers on foreign and domestic policy and operatives for social media and data acquisition.

“Seth has said he’ll make a decision by the end of the month. If he enters this race, it’ll be because he thinks it is the best way to serve the country at this time,” Corridoni said in a statement.

Moulton has made a number of trips to New Hampshire over the past year or so, though he remained tight-lipped about his 2020 ambitions until last month. Moulton visited Bow, just south of Concord, N.H., in July, and made a trip to Bedford in February.

Moulton represents one of the more moderate districts in deep blue Massachusetts and has long been tipped for higher office. But he came under intense criticism after the 2018 midterms, when he tried to oust House Speaker Nancy Pelosi from Democratic leadership.

At that time, Moulton argued the midterm election was a call for a new generation of House leaders, though he and several other opponents were ultimately unable to put up a Pelosi challenger. The episode culminated in a town hall in Moulton’s district, where more than 100 constituents shouted at the congressman and each other over the future of the House.

Liberal women in Moulton’s district accused him of ageism and sexism in his anti-Pelosi push. And now, Democratic activists have been looking for a woman to run against Moulton in his 2020 House primary, with one former state senator expressing interest in opposing him. Salem Mayor Kim Driscoll has also said she is considering running for Moulton’s seat if he pursues the presidency.

Moulton raised over $2.3 million through his Serve America PAC in 2018, traveling to 16 states during the 2018 midterm to stump for candidates in battleground districts, making inroads with local activists and donors along the way. Moulton and his PAC endorsed victorious candidates including Reps. Abigail Spanberger of Virginia, Conor Lamb of Pennsylvania, Abby Finkenauer of Iowa and Susie Lee of Nevada.