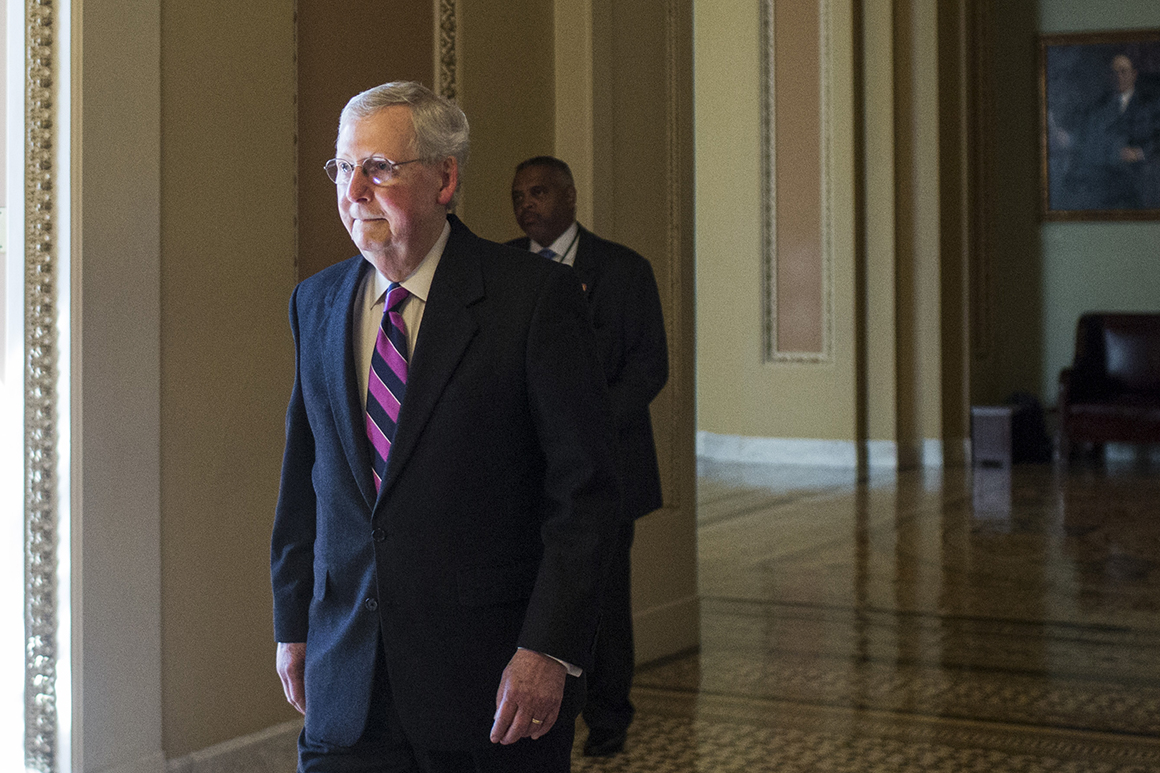 Mitch McConnell will introduce legislation to raise the legal age to buy tobacco from 18 to 21, calling it a “top priority” when the Senate returns from recess in late April.

The Senate majority leader’s move comes one day after he announced his reelection campaign and shows the changing politics of tobacco. While tobacco has long been a key industry in his home state of Kentucky, McConnell said he wants to change the law to discourage vaping, teenage nicotine addiction and to improve Kentucky’s public health.

“Their vaping products… these young people may not know what chemicals they are putting in their bodies,” McConnell said in Louisville, Kentucky. “Far too often, 18-year-olds in high school can legally buy vaping devices and share them with their classmates.”

The move shows a tack toward pragmatic legislating for McConnell, who as Senate leader has primarily focused on confirming President Donald Trump’s nominees in recent weeks. But he said he will move to fast-track his new proposal, which mimics new state laws across the country that raise the tobacco age and said his bill is part of moving the Bluegrass State away from the “tobacco culture” on which his state was “so dependent, for so long.”

“I hope and expect this legislation to get strong bipartisan support in the Senate. As you know, I’m in a particularly good position to enact legislation and this will be a top priority,” McConnell said.

The GOP leader also said that there will be an exception for members of the military.