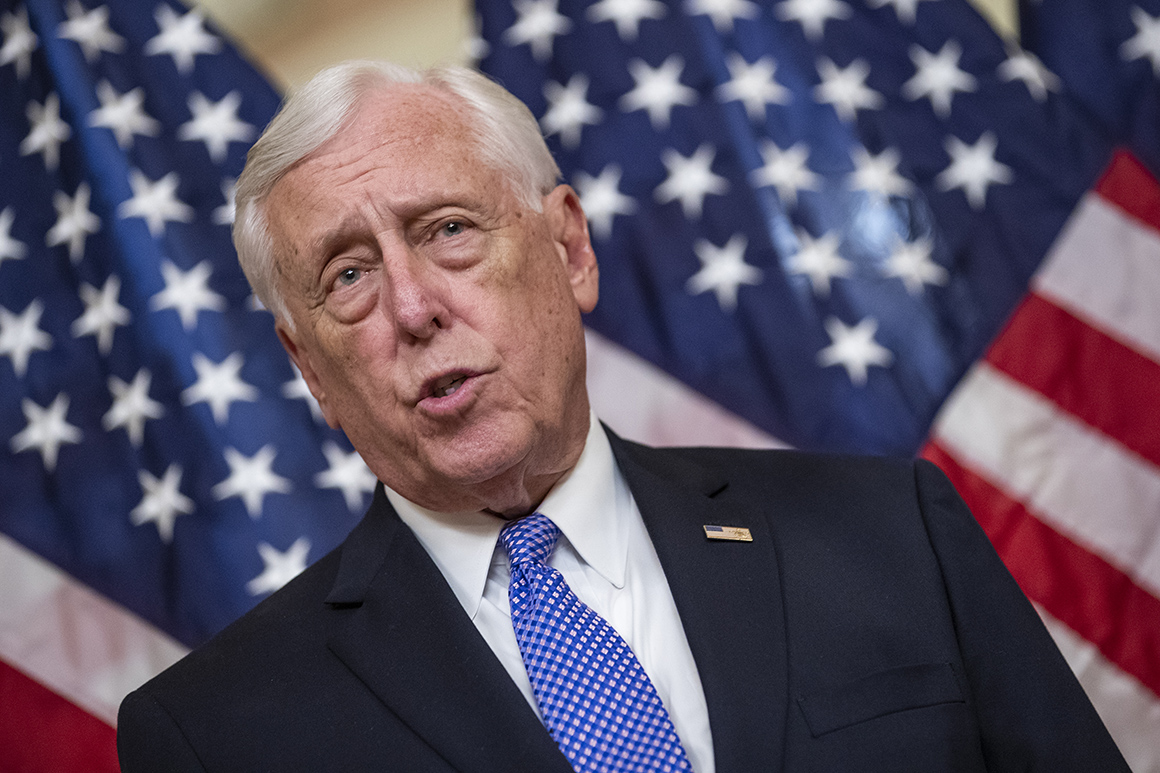 Robert Mueller’s report reveals a stunning array of new allegations against President Donald Trump. But one thing remains the same: House Democrats are ducking any talk of impeachment.

After interviews with 15 lawmakers Thursday, it’s clear Democrats think the report is severely damaging to the president, with substantial evidence that he attempted to derail the Russia probe. But it’s still not enough to pull the trigger on the most consequential — and politically risky — action Democrats could take in their new majority: trying to forcibly eject Trump from office.

“Election time is when you beat Trump,” said Rep. Raul Grijalva (D-Ariz.), a senior member of the party’s progressive wing who was an early supporter of impeachment efforts last Congress.

“Right now, he’s got enough protection around him from the top lawyer in the country to keep him in office," Grijalva added, referring to Attorney General William Barr, who has come under a barrage of criticism from Democrats over his handling of the report’s release.

For two years, Speaker Nancy Pelosi and top Democrats deferred impeachment questions until after the special counsel’s investigation concluded. But after Mueller showed at least 10 instances where Trump may have committed obstruction of justice — and ostensibly met the “high crimes and misdemeanors” threshold previously laid out by several Democrats — Pelosi and her top deputies were notably restrained. They issued short statements and made few, if any, media appearances.

“Based on what we have seen to date, going forward on impeachment is not worthwhile at this point,” House Majority Leader Steny Hoyer (D-Md.), the No. 2 Democrat, told CNN. “Very frankly, there is an election in 18 months and the American people will make a judgment.”

Yet that stance only further exposes the divide between the party’s liberal base eager to oust the president and a seasoned leadership team fearful that such a move could cost them the House.

Several lawmakers, including Pelosi, used the first leg of the two-week congressional recess to travel overseas, avoiding the political storm in Washington after the report’s release Thursday.

And even some of the most fervent supporters of ousting Trump said the Mueller report’s explosive findings have done little to move Democrats closer to launching the impeachment process — particularly when the GOP-controlled Senate is unlikely to join Democrats and remove the president from office.

“I think that Speaker Pelosi doesn’t think it’s worth going forward politically when there will not be a conviction… For a lot of people in swing districts and all, it’s probably easier for them to take that position,” said Rep. Steve Cohen (D-Tenn.), who previously introduced articles of impeachment against Trump.

“I don’t know that we’d have a majority, anywhere near a majority, willing to stand up and oppose the speaker and take a position that could be adverse to maintaining the House,” he added.

Rep. Brad Sherman (D-Calif.), who was first to file articles of impeachment against Trump in 2017, said he felt “vindicated” that Mueller cited several examples where Trump obstructed justice. But he conceded that the political will to oust Trump still wasn’t there in Congress.

“A lot of progressives are saying what’s the matter with you guys, what’s it going to take?” Sherman said. “The legal case is there. The political case is still to be made.”

Pelosi effectively took impeachment off the table earlier this year, saying impeaching Trump is “just not worth it.” And she and other top Democrats notably avoided any nod to impeachment in statements released after Mueller’s report went live on Thursday.

Rank-and-file lawmakers were also quick to stress that the Mueller report is useful for the sprawling investigations Democrats have launched on Trump’s administration, personal finances and business interests in a half-dozen committees. But, they said, the conclusion of the Mueller report is not an automatic trigger for impeachment.

"A systematic effort to obstruct justice would clearly be an impeachable offense. The Republicans impeached Bill Clinton for obstructing justice over one lie," said Rep. Jamie Raskin (D-Md.), a member of the House Judiciary Committee, where impeachment would begin. "But I don’t think we’re there yet. We are still in the assembling-of-facts phase."

Another member of the Judiciary Committee, Rep. Sheila Jackson Lee (D-Texas), said Democrats “have to engage in our own report and investigation” stemming from Mueller’s findings. But she said those efforts weren’t specifically in pursuit of impeaching Trump.

Among outside groups on the left, the release of the Mueller report was akin to a starter pistol signaling the race to impeach Trump should begin now — a totally different message than the one coming from Democrats on Capitol Hill.

“Despite Attorney General Bill Barr’s redactions and spin, it is clear that the report by Special Counsel Robert Mueller should be considered an impeachment referral for obstruction of justice by the President of the United States, akin to Watergate Special Prosecutor Leon Jaworski’s ‘roadmap’ detailing troubling actions by President Richard Nixon," said the Center for American Progress’ "Moscow Project."

At least one Democrat said her mind was also changed by the Mueller report. Rep. Norma Torres of California said in an interview she is now backing impeachment calls for the first time, saying she “absolutely” believes the president obstructed justice. 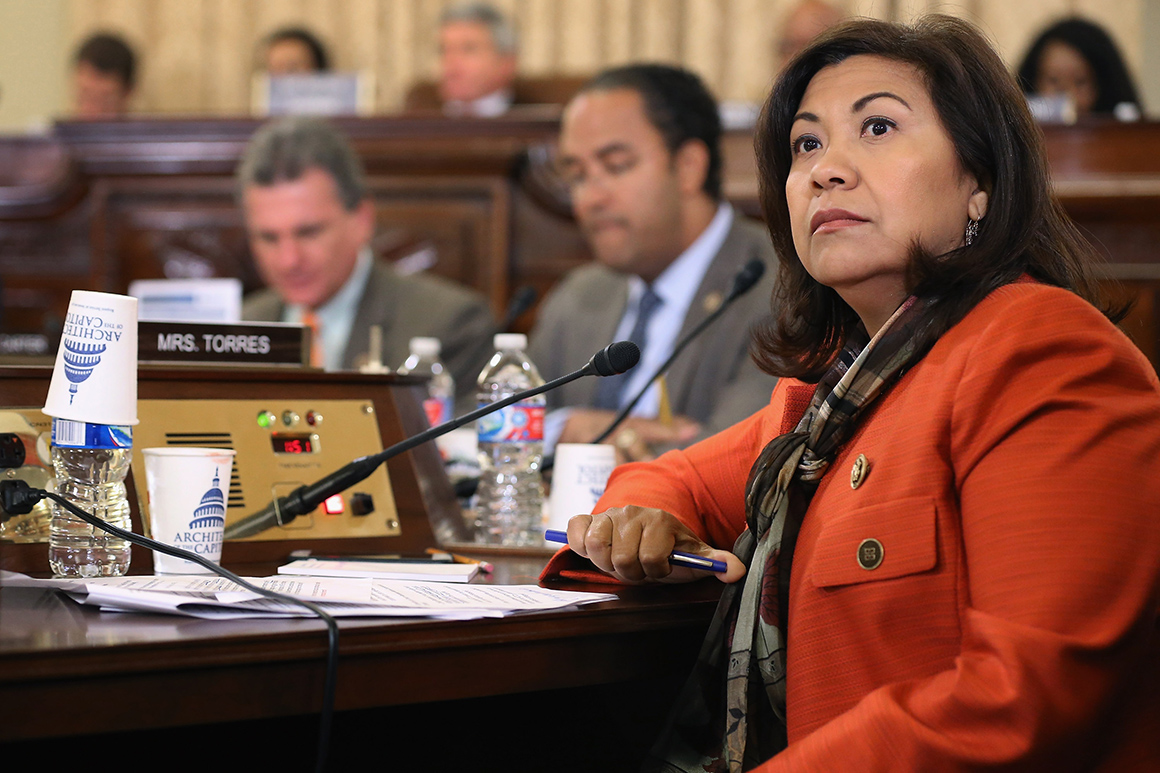 “We need to move forward with an impeachment,” Torres said. “This is a big deal for me.”

But Torres, a member of the more moderate New Democrat Coalition, also said she understands why some of her colleagues would be apprehensive to move in that direction, given the huge political risks.

“We are so close to the election. It’s a very difficult place to be,” Torres said.

New York Rep. Alexandria Ocasio-Cortez, one of the most high-profile Democrats in the caucus, tweeted Thursday that she would be signing onto an impeachment resolution introduced by Rep. Rashida Tlaib (D-Mich.).

But other key progressives were reserved. Rep. Mark Pocan, co-chair of the Congressional Progressive Caucus, said “everything should be on the table” but doesn’t believe it will require removing Trump from office before November 2020.

“I am certain that Congress has additional action we need to take, but we need to follow the proper processes,” Pocan said. “It doesn’t have to be impeachment, it can be other hearings.”

For most Democrats interviewed, the next obvious step is hearing from Mueller himself. Democrats have been quick to rip Barr for his handling of the report — first for issuing a four-page summary last month and then holding a press conference hours before the probe was made public — which they said was misleading and a clear attempt to protect Trump.

“It’s too early to talk about that,” Nadler told reporters Thursday when asked about impeachment. “That’s one possibility. There are others.”

Rep. Jackie Speier (D-Calif.), a member of the House Intelligence Committee who has previously supported impeachment, said there was “no question” in her mind that Mueller and his team helped prove that Trump has committed crimes.

“I think it potentially does rise to that standard, but again, I want to interview Mueller,” Speier said, when asked about impeachment. She also declined to say what specific evidence should prompt Democrats to begin that process.

“If we’re doing our job, being a check and balance on the president, the special counsel has laid out a roadmap for us,” Speier said.

Melanie Zanona contributed to this report.