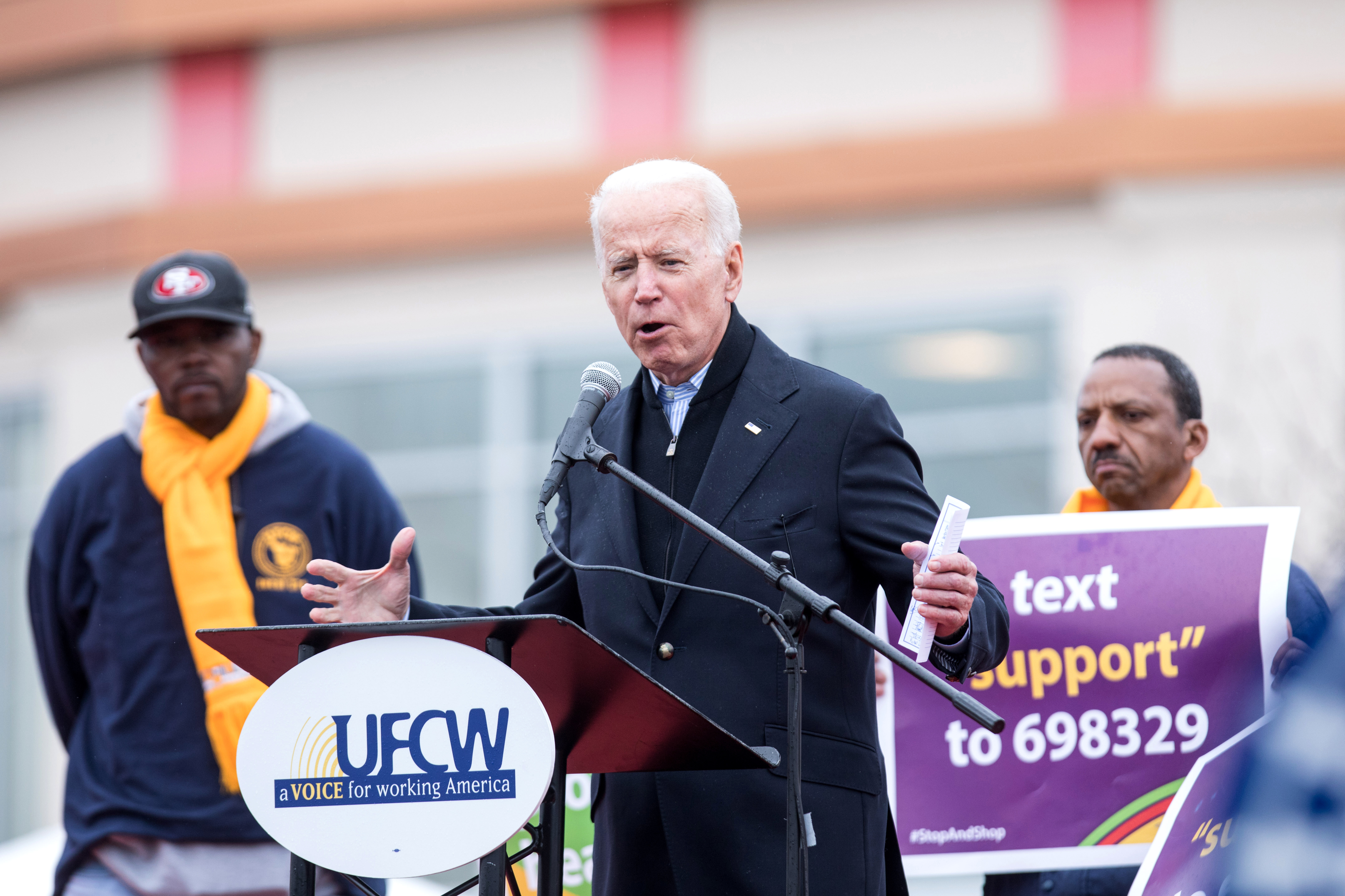 BOSTON — Joe Biden said on Thursday that it was time to “take back” the country and treat the middle class with respect, as the former vice president warms up for a likely 2020 presidential run.

“I’m getting so sick and tired of the way everybody’s being treated,” Biden told a crowd of striking union workers here. “We will take back this country. … I mean it. Don’t give up. Keep it going.”

Biden made the remarks at a union rally in Boston’s Dorchester neighborhood, where some of the 31,000 union workers for the New England-based Stop & Shop supermarket chain walked off the job last week after contract negotiations fell apart.

He laid out a vision for “decent health care,” a “fair wage” and retirement during his 10-minute speech in the rain. The appearance was Biden’s latest trip to fire up pro-union Democrats. Last month, he spoke to a firefighters legislative conference in Washington and hinted at his presidential plans.

“Workers are not being treated across the board with dignity. They’re not being treated like they matter,” Biden told a crowd of hundreds on Thursday. Several people held “Run Joe Run"” signs and yelled “Mr. President” at Biden when he pulled up to the rally in an S.U.V.

“People are busting their necks,” Biden said. “People go out and make a living, people who play by the rules, people who have done everything they’re supposed to do. And people are entitled to be treated with respect and decency and fairness.”

After Biden was criticized for being too physical in his interactions with women several weeks ago, Walsh came to Biden’s defense, calling him an “emotional person.”

“We live in a tough world right now, to be honest with you,” Walsh said of the criticism against Biden.

Several hours before Biden hit the Stop & Shop picket line, special counsel Robert Mueller’s report into Russian meddling in the 2016 election was released. Biden told reporters he’d not had a chance to read it before his visit to Boston.