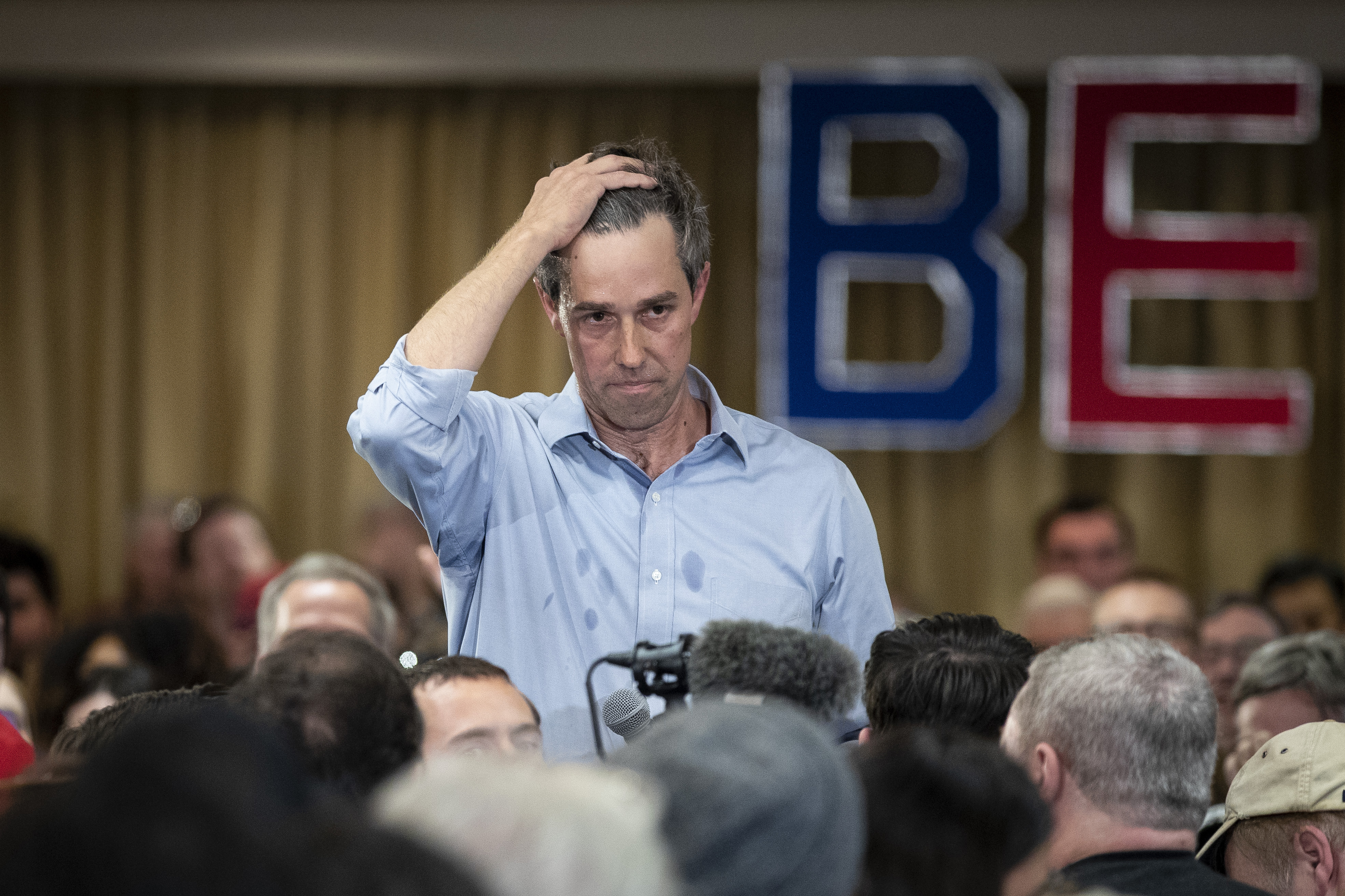 Beto O’Rourke, traveling the country doing a head-snapping number of presidential campaign events, had just finished an extended version of his stump speech Wednesday when a self-described cable news devotee confronted the former congressman over his absence from her TV screen.

Bernie Sanders starred this week in a highly rated town hall on Fox News. Next week, Sanders and four Democratic rivals — Buttigieg and Sens. Kamala Harris, Amy Klobuchar and Elizabeth Warren — head to New Hampshire for back-to-back live town halls on CNN. For all five of the presidential contenders, this is their second such event in the last three months.

Even some of O’Rourke’s fans are starting to express concern.

O’Rourke, his blue oxford patchy with perspiration, acknowledged that he may eventually have to succumb to cable news green rooms and remote hits — just not right away.

Pressure on the former congressman will only intensity. After Sanders’ well-received Fox appearance, where the progressive senator went toe-to-toe with President Donald Trump’s favorite network, Klobuchar agreed to headline an event of her own — even after the Democratic National Committee banned Fox from hosting primary debates.

Buttigieg is reportedly in advanced talks with Fox. Cory Booker, Kirsten Gillibrand and Julián Castro may be close behind him for Fox town halls of their own.

O’Rourke told a reporter earlier in the day he might be open to a televised town hall. Later, at the hotel, he cited some of his “heroes” who founded Discord Records, a label built on a do-it-yourself philosophy that involved self-written songs and self-booked tours.

"We have held more town halls in the month and four days that we’ve been doing this than I think any other candidate, because meeting you eyeball to eyeball, to me, is so much more satisfying than being on cable TV and in a soundbite,” O’Rourke said.

“At some point, I may have to give in and be on your television set,” he added, “but right now I want to be with you in person.”