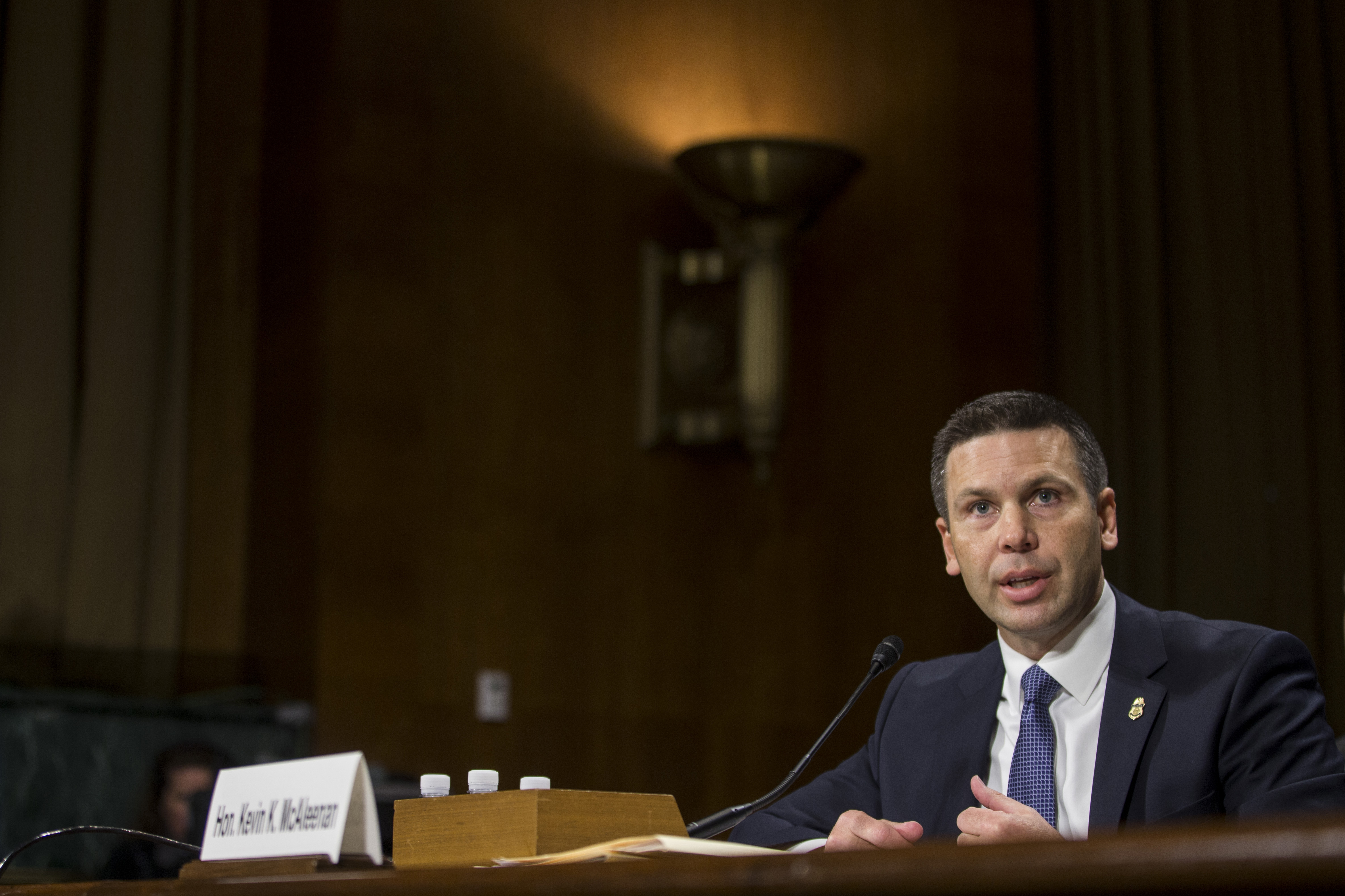 Acting Homeland Security Secretary Kevin McAleenan urged Congress Wednesday to address what he called “both a humanitarian and security crisis” at the U.S.-Mexico border.

In his first public appearance since he replaced Kirstjen Nielsen last week at the Department of Homeland Security, McAleenan emphasized that lax asylum and immigration laws encourage Central American migrants to trek to the border.

"Without action from Congress, criminals will continue to profit from human misery along our border,” McAleenan said at a press conference near the border in Hidalgo, Texas. “It’s clear that all of our resources are being stretched thin. The system is full and we are beyond capacity.”

McAleenan, who was previously Trump’s Senate-confirmed Customs and Border Protection commissioner and a former Obama administration official, warned that a rising tide of migrants at the border will place more strain on law enforcement and local service providers.

"We don’t have room to hold them, we don’t have the authority to remove them, and they are not likely to be able to be allowed to remain in the country at the end of their immigration proceedings," he said.

McAleenan takes the job as arrests along the border are soaring. In March, Border Patrol picked up nearly 93,000 migrants, the highest monthly level since April 2007. Over the past year, border arrests remained well below historic peaks during the 1990s and early 2000s, but that could change if the pace of new arrivals fails to slacken.

Families made up more than half the March total, a new trend that McAleenan and other officials argue presents unique health and safety challenges.

The administration contends that migrants will be deterred from trekking north if Congress grants DHS broader enforcement authority. The White House has pressed lawmakers to permit children to be detained for longer than 20 days and to allow unaccompanied minors from Central America to be deported more swiftly.

Democrats, however, have countered that Trump’s hard-line immigration policies haven’t worked and have exacerbated an ongoing humanitarian crisis at the border.

The acting secretary was joined Wednesday by Matthew Albence, who became the top Immigration and Customs Enforcement official last week when former acting director Ronald Vitiello was pushed out.

Albence, the acting deputy director, said hundreds of ICE personnel had been reassigned recently to assist with the custody and processing of migrant families at the border.

"This reallocation of resources comes at a significant cost,” said Albence, who donned a pair of reflective aviator sunglasses during the press conference. "Criminal aliens, gang members and public safety threats remain at large because [ICE officers] needed to locate and apprehend them have been redirected to process family units and manage the ever-increasing immigration court dockets."

Also in attendance was Rodolfo Karisch, the Border Patrol sector chief for the Rio Grande Valley.