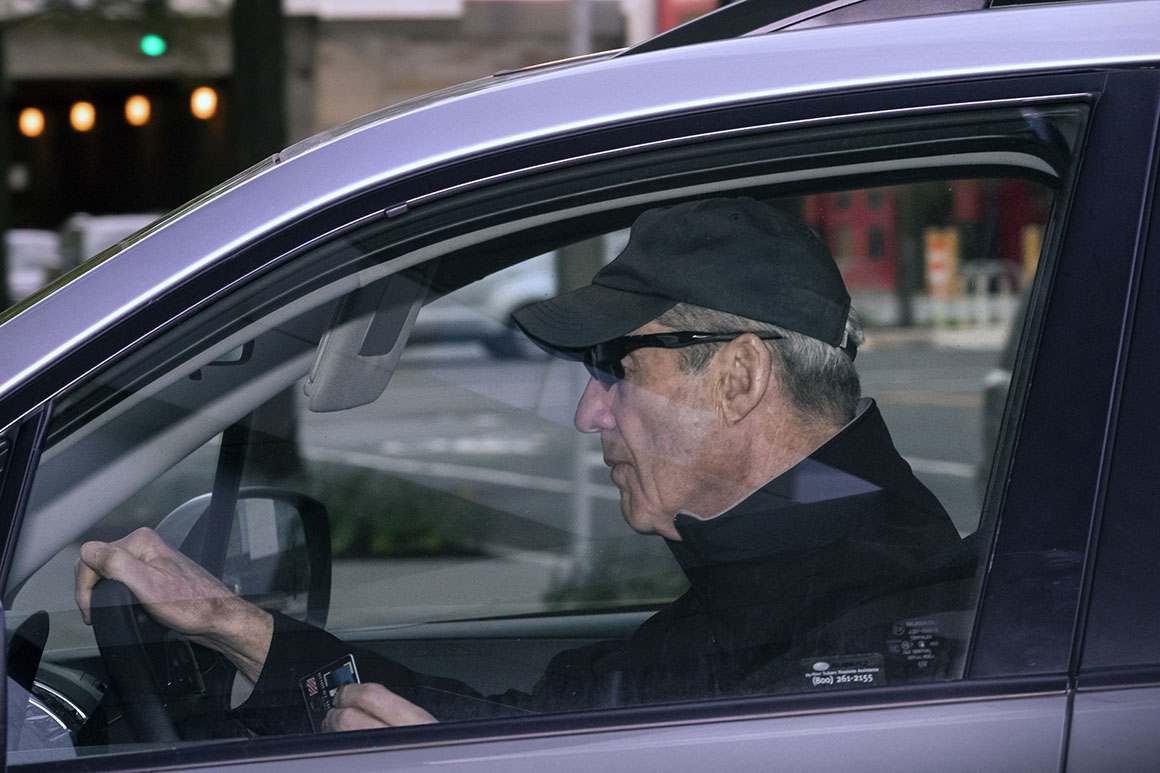 The career federal prosecutors President Donald Trump has tarred as “13 Angry Democrats” are slowly receding back into relative legal anonymity just as quietly as they appeared — but they’re not going away.

One by one, special counsel Robert Mueller’s top lieutenants are moving on to new jobs in government, private practice and academia, leaving behind what is likely to be the most high-profile assignment of their careers. But their landing places are showing hints of how these mostly faceless government investigators will influence for years to come the issues the Russia probe thrust into the spotlight — foreign lobbying, overseas money laundering and election interference, to name a few.

One of Mueller’s senior officials is expected to resume a teaching gig at New York University School of Law. Another has been tapped to lead new a Justice Department unit that will pursue foreign lobbying charges. And others are expected to take up key posts at U.S. attorney’s offices in Baltimore and Brooklyn.

So far, however, no one from Mueller’s team has truly broken through into the public spotlight.

“I can’t think of anyone who got a promotion,” said a senior DOJ official familiar with the career paths of the Mueller prosecution team.

Still, legal experts and those involved in the 22-month investigation said the Mueller alumni will be prized hires.

“They’d all be welcome anywhere,” said Ty Cobb, a former Trump White House lawyer who handled the Russia portfolio for about a year before retiring last May. “Nothing about this did anything but add luster to their already storied careers.”

“They were sought-after talent before they joined the special counsel’s office, and the experience and battle-testing they went through will only enhance their marketability,” added Kathy Ruemmler, a former White House counsel to President Barack Obama.

No one on Mueller’s team is being watched more closely for his or her post-Russia plans than the special counsel himself. The 74-year-old former FBI director remains on the government payroll, and he was photographed as recently as Tuesday pulling into his office garage a few blocks from the Capitol. But so far, Mueller has given no indication whether he’ll go back to private practice, take on a teaching job or simply retire.

At WilmerHale, Mueller’s former employer, senior partners have been buzzing for months about the prospect that their onetime colleague could return.

Several others who left the firm to join Mueller’s team could also head back. The group includes Mueller’s former FBI chief of staff, Aaron Zebley; Jeannie Rhee, who worked as a federal prosecutor in Washington, D.C., and held a senior DOJ job during the Obama administration; and James Quarles, a senior prosecutor during the Watergate investigation who dealt directly with Trump’s attorneys during the Mueller probe.

Asked about the firm’s plans to rehire Mueller or any of his prosecutors, a Wilmer spokesman declined comment.

Friends of another Mueller prosecutor, Greg Andres, said they expect he’ll return to his job in private practice at the law firm Davis Polk in New York, where his wife, Ronnie Abrams, serves as a federal district court judge. A Davis Polk spokeswoman did not respond to multiple requests for comment about Andres.

Mueller’s team has been in wind-down mode since Attorney General William Barr announced the end of the Russia probe on March 22.

Within days, seven members of the special counsel’s office had filed notices in federal court withdrawing from the case against former Trump campaign chairman Paul Manafort, leaving federal prosecutors in Washington to handle the remaining work.

And on Tuesday, several of the Mueller prosecutors filed notices removing themselves as attorneys of record on other special counsel-linked cases, including a subpoena fight involving a mystery foreign-owned company and the pending prosecutions of longtime Trump associate Roger Stone and Russians charged with digitally trying to manipulate the 2016 presidential election.

On the staffing front, Mueller official Zainab Ahmad will return to the U.S. Attorney’s Office in the Eastern District of New York, where she previously worked out of the Brooklyn-based unit on high-profile terrorism cases, according to Peter Carr, a spokesman for the special counsel. Aaron Zelinsky has already left Mueller’s team to go back to the U.S. attorney’s office he worked at previously in Baltimore, although recent court filings show he continues to pull double duty by helping federal prosecutors in Washington who have taken over the Stone case.

DOJ officials said they expect Michael Dreeben to return from his Mueller duty to his post as deputy solicitor general, where his 100-plus arguments before the Supreme Court earned accolades in 2016 from Chief Justice John Roberts.

Carr has also moved back into his previous job handling communications for DOJ’s criminal division. Emails to his special counsel account are met with an automatic reply saying the mailbox “is no longer in use.” Still, Carr continues to provide his ubiquitous no comments about Mueller’s probe when asked, including for this story.

And for Andrew Goldstein, a former head of the Southern District of New York’s corruption unit, friends and colleagues expect him to leave government.

Others have unclear plans, including Elizabeth Prelogar, a fluent Russian speaker who worked for the solicitor general; Rush Atkinson, who came from the criminal fraud division; and Adam Jed, who previously worked on civil cases.

Even though many from Mueller’s team have moved on, they’ve remained a presence at hearings.

Last Friday in federal court, Andrew Weissmann and Brandon Van Grack sat in the front row behind the Washington, D.C.-based federal prosecutors representing the government during the sentencing for Samuel Patten, a Washington lobbyist and Manafort associate who pleaded guilty to helping a Ukrainian oligarch illegally purchase tickets to Trump’s inauguration.

Weissmann, who spearheaded the special counsel’s Manafort case and was still wearing his old DOJ criminal division lanyard, is slated to return to NYU when his Mueller job wraps for good. Van Grack, who worked with Weissmann on the Manafort case and argued portions of it during a trial last summer in Alexandria, Va., has been assigned to lead the new DOJ unit investigating foreign lobbying activities.

After the Patten hearing, Weissmann shook hands with the defendant — who got probation instead of jail time — and his relieved family members.

Before parting, Patten could be overheard offering to buy Weissmann a drink.