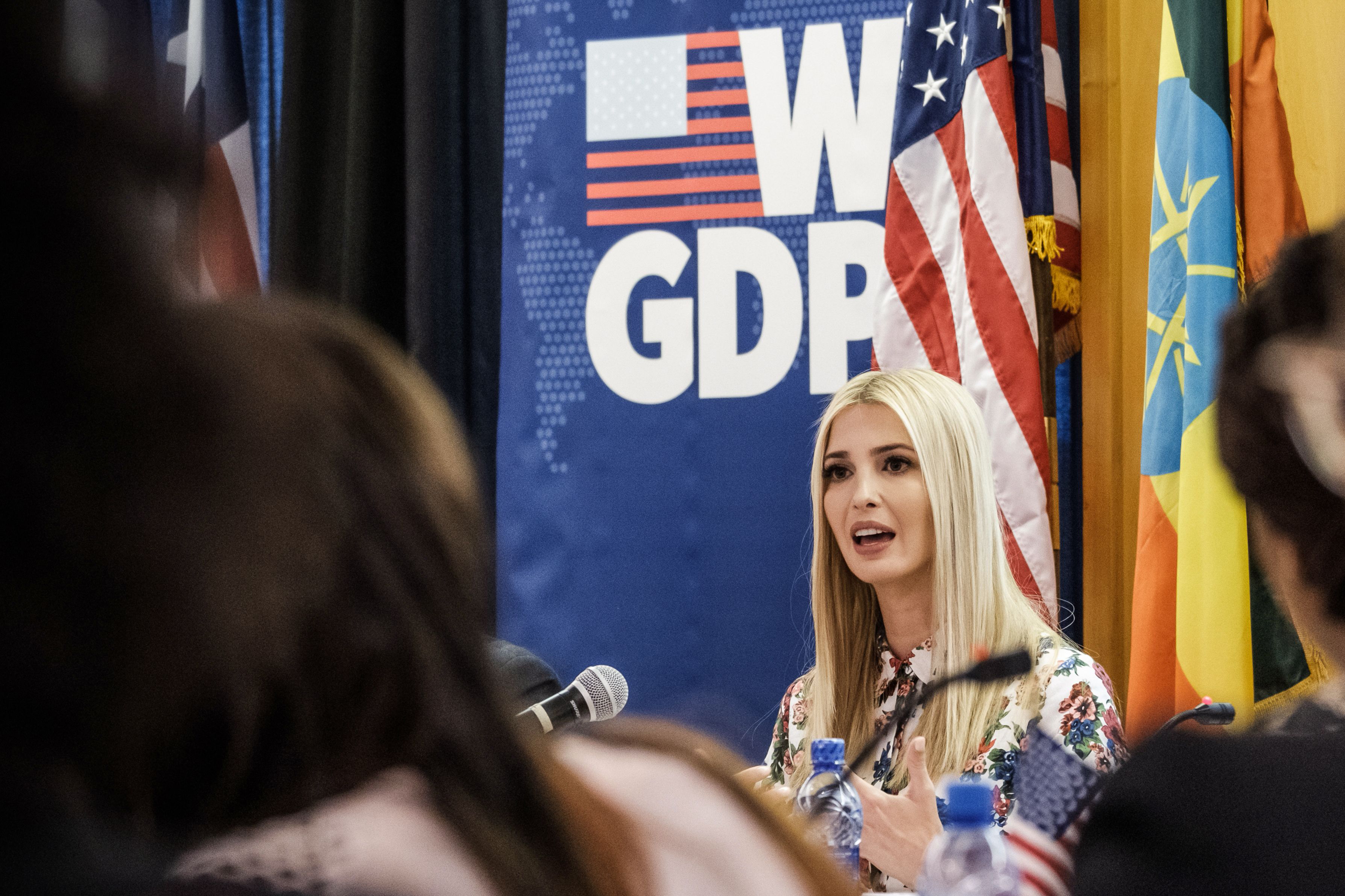 Ivanka Trump said Wednesday she’d turned down her father’s offer to lead the World Bank, and wouldn’t reveal whether he’d approached her about any other jobs in his administration.

Trump, who serves in the White House as a senior adviser to President Donald Trump, was rumored earlier this year to be in the running for president of the global financial institution, though her father ultimately went with David Malpass, a U.S. Treasury official.

In a profile of his daughter published last week, the president acknowledged for the first time that he’d thought about selecting her because “she’s very good with numbers.”

But in an interview during a trip to Africa this week, Ivanka told The Associated Press that her father had in fact “asked me about that,” saying that he pitched it to her as a question.

“But I love the work that I’m doing,” she said of her current role, which includes advocacy on issues like workforce development and women’s empowerment. Instead, she noted, she and Treasury Secretary Steven Mnuchin led the selection process, “bringing multiple candidates to the president ultimately for him to make the final decision.”

Calling Malpass a “strong preference,” she said the pair were “very aligned” and predicted that he would do an “unbelievable job” leading the bank, which provides loans to help eradicate global poverty.

The president, lavished his oldest daughter with praise in the interview published last week, asserting that she could run for president if she wanted to, and he suggested that he’d considered nominating her to replace Nikki Haley as his U.N. ambassador.

“She would’ve been great at the United Nations,” the president said, indicating that only public scrutiny held him back. “If I did, they’d say nepotism, when it would’ve had nothing to do with nepotism. But she would’ve been incredible.”

Ivanka deflected when asked by The AP if her father had approached her about other vacancies in his administration.

“I’ll keep that between us,” she responded. But while her father has talked up her presidential bona fides, calling her a “natural diplomat,” she told The AP she has no plans to run for office in the future.