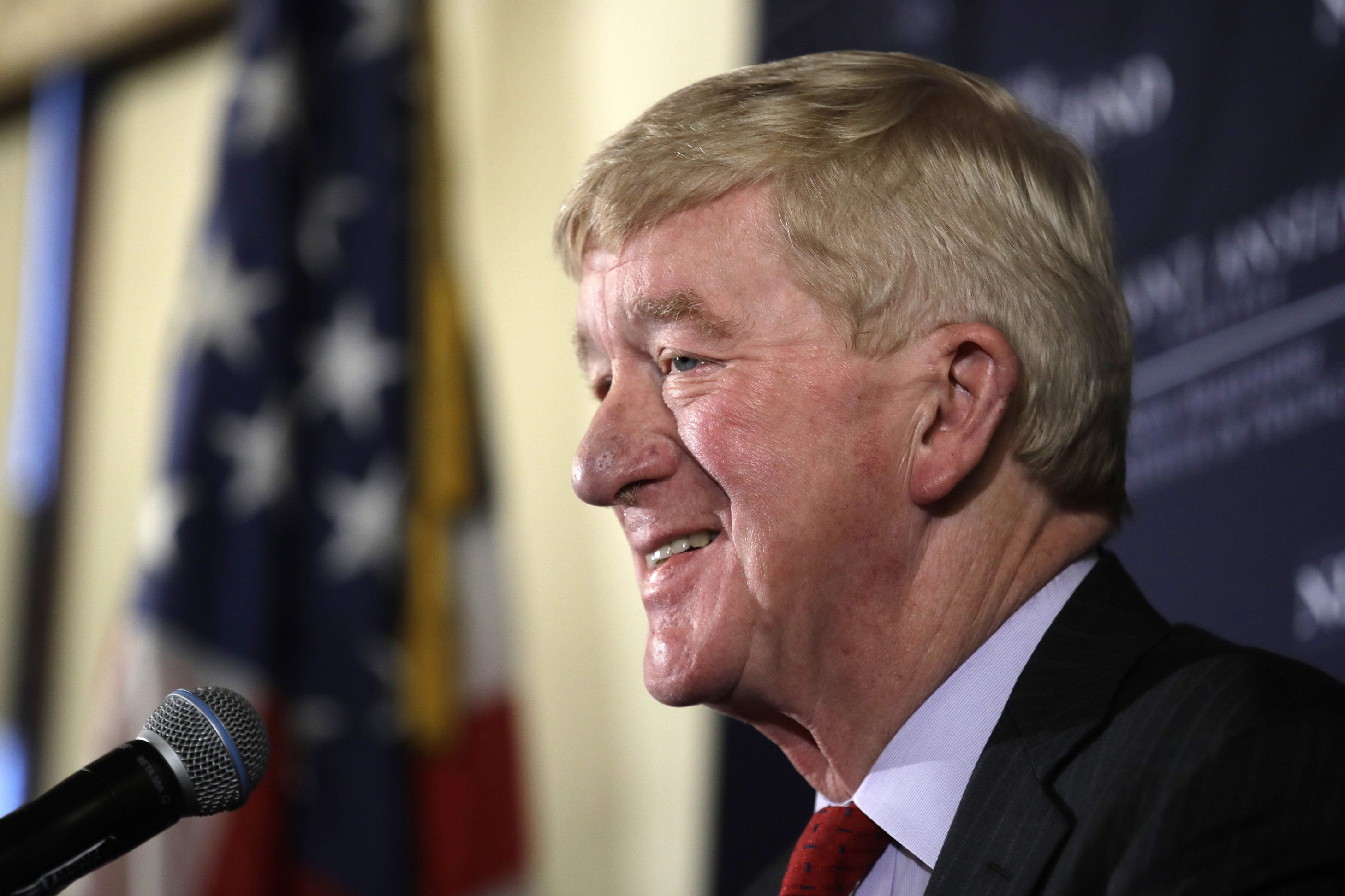 Bill Weld, the Republican former governor of Massachusetts who is mounting primary challenge to President Donald Trump, insisted Wednesday he is running to win his party’s presidential nomination, not just weaken Trump.

Weld, who ran against Trump in 2016 as the vice presidential nominee of the Libertarian Party, outlined his strategy to take on the president in an interview on CNN’s “New Day." The former Massachusetts governor said his candidacy would hinge in part on winning the first in the nation New Hampshire primary, then focusing on New England and the mid-Atlantic states before doing a swing through the West and the Rust Belt.

While he acknowledged winning in the South would be “tough,” he asserted that “the rest of the country is fair game” and argued that if he was able to beat expectations or even pull off an upset win in New Hampshire it could have “a domino effect on other primaries around the country — almost an electrical effect.”

Weld also suggested that California moving its 2020 primary up from June could serve as an advantage to him as well.

“Mr. Trump and California don’t seem to get along well,” he said, so “I think there is promise there.”

He said the “last question” was the Rust Belt, an area Trump dominated in 2016 and one that Weld said Democrats “ignored” toward the end of the last presidential campaign. Weld specifically predicted he could win in Wisconsin.

When “New Day” host Alisyn Camerota pointed out that history was not on Weld’s side for winning the nomination, he countered by pointing out that in the last five elections when a sitting president faced a primary challenger, the incumbent president lost reelection, compared to winning reelection when they did not face a primary challenge.

But, he said, it was not merely his intention to damage Trump’s standing in the general election.

“My strategy that I just laid out for you, that’s a strategy to win. That’s not a strategy to weaken anybody. And, you know, I’m in this, I think, for the best reasons,” he said.

Weld made his longshot bid official earlier this week, offering GOP voters the alternative that multiple prominent Never-Trump Republicans have asked for, though none have yet endorsed the former governor.

Weld asserted that part of his path to the GOP nomination lies in winning over independent voters or Republicans millennials, Gen Xers and suburban women that the GOP has lost ground with. He said Wednesday he’d been encouraged by voters he has spoken to since announcing his intention to run in February.

Weld also suggested he could garner votes from liberal Democrats indifferent toward their own sprawling primary field.

“One of the questions is how many Democrats are going to say, I would like to cast a vote directly against Mr. Trump instead of throwing a dart at one of 15 — very good — but still one of 15 Democratic candidates,” Weld argued, saying he’d heard as much from voters.

Regardless, Weld faces a primary in which the party machinery is firmly under Trump’s control. The Republican National Committee in January passed a resolution pledging its “undivided support” to Trump, and Chairwoman Ronna McDaniel warned last February that though any potential challengers “have the right to jump in … they will lose horribly.”

Trump hasn’t yet commented publicly about Weld’s challenge, and his campaign told CBS News on Tuesday that it was “unconcerned” about Weld’s candidacy.