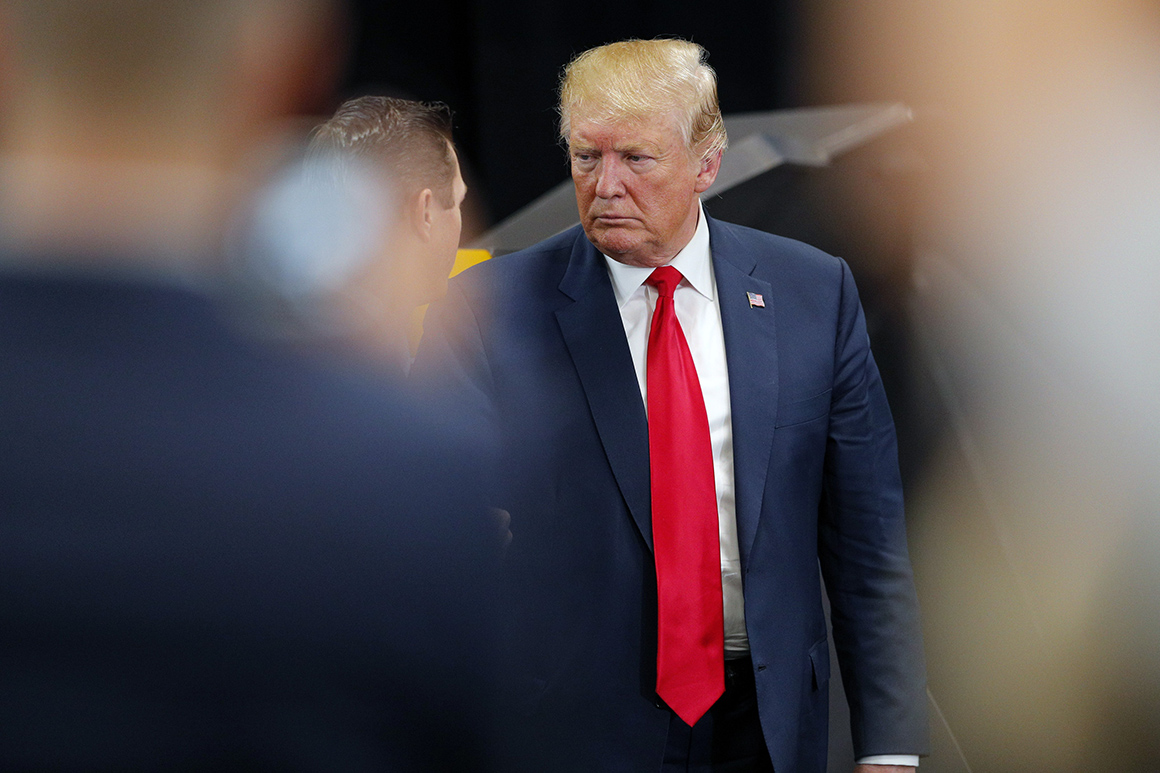 President Donald Trump on Tuesday vetoed a bipartisan measure to cut off U.S. support for the Saudi-led coalition in Yemen’s civil war, calling it “an unnecessary, dangerous attempt to weaken my constitutional authorities.”

Tuesday’s veto was the second of Trump’s presidency, coming a month after he vetoed a resolution to reverse his national emergency declaration to build a border wall.

All Democrats and several Republicans — including Trump allies — in both chambers backed the War Powers resolution amid a worsening humanitarian crisis on the ground in Yemen, where Iran-backed Houthi rebels have sought to overthrow the country’s government. Others voted for the bill as a way to punish Saudi Arabia for the killing of journalist Jamal Khashoggi.

In his official veto message, Trump echoed an argument advanced by senior Republican lawmakers and the Pentagon: that the U.S. has never been engaged in hostilities in Yemen counterterrorism missions targeting al Qaeda.

“[T]here are no United States military personnel in Yemen commanding, participating in, or accompanying military forces of the Saudi‑led coalition against the Houthis in hostilities in or affecting Yemen,” Trump wrote in his veto message, referring to the bill as a “political document.”

The Trump administration has said that backing the Saudi-led coalition is crucial in order to push back on Iran’s influence in the region, a key priority for the president, who said on Tuesday that the War Powers resolution would “embolden” Iran. Last year, the Pentagon ceased in-flight refueling of Saudi aircraft amid the diplomatic row over Khashoggi’s brutal murder in October.

Rep. Ro Khanna, the California Democrat who spearheaded the Yemen effort on Capitol Hill, called Trump’s veto a “painful missed opportunity” for “a president elected on the promise of putting a stop to our endless wars.”

“The Yemen War Powers Resolution was a bipartisan, bicameral effort to end the world’s largest humanitarian crisis and supported by some of the president’s most trusted Republican allies,” added Khanna, who called the legislation a historic effort to reclaim Congress’ power to declare war.

Trump referenced his vow to wind down U.S. involvement in foreign conflicts abroad, but said the Yemen measure would “harm” America’s foreign policy.

“My administration is currently accelerating negotiations to end our military engagement in Afghanistan and drawing down troops in Syria, where we recently succeeded in eliminating 100 percent of the ISIS caliphate,” Trump said. “Congressional engagement in those endeavors would be far more productive than expending time and effort trying to enact this unnecessary and dangerous resolution that interferes with our foreign policy with respect to Yemen.”