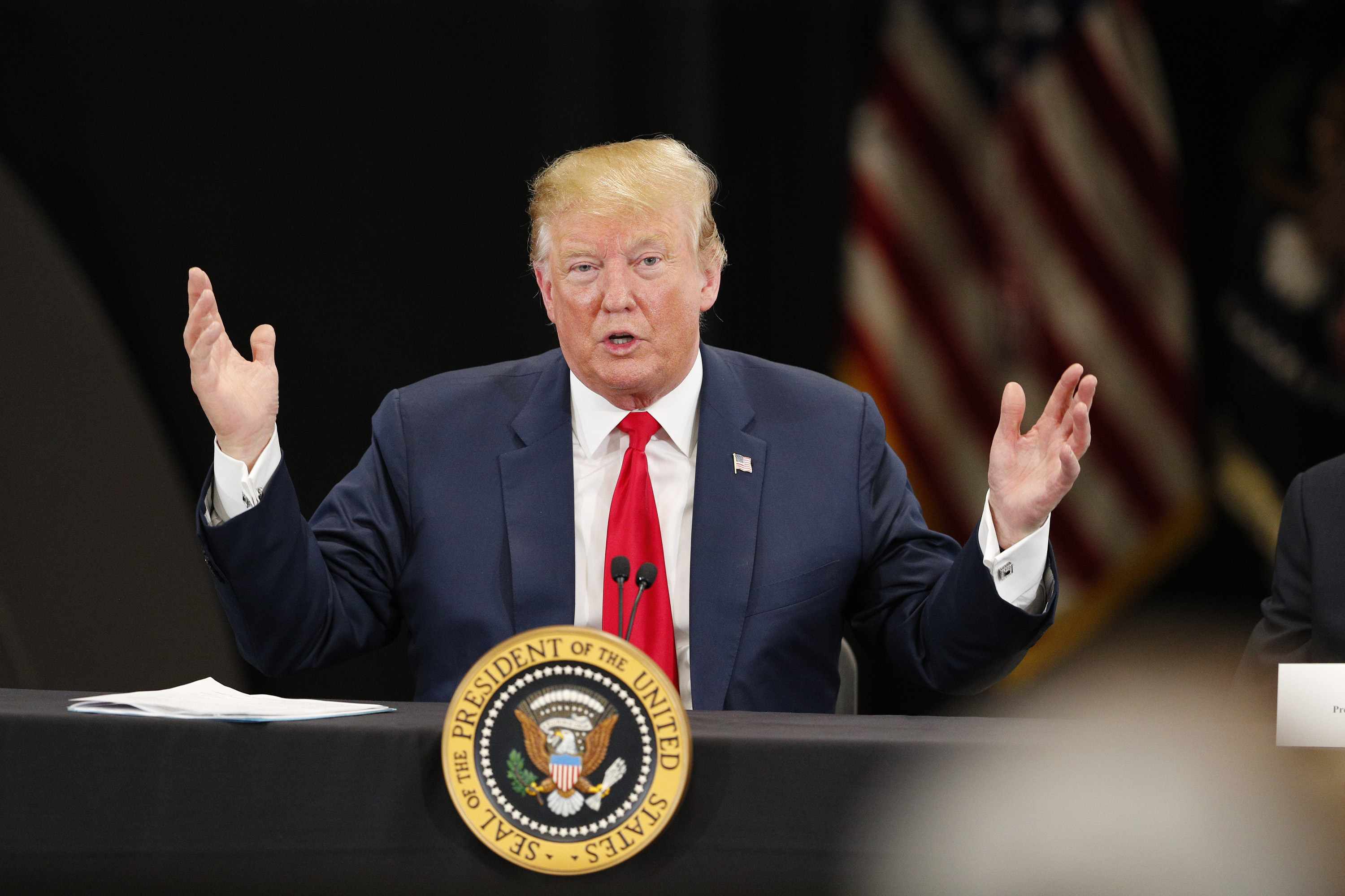 President Donald Trump has no regrets about posting a video that spliced together footage of the Sept. 11 terrorist attacks with Rep. Ilhan Omar, telling a Minneapolis ABC affiliate that the congresswoman is "extremely unpatriotic and disrespectful to our country."

“She is somebody that doesn’t really understand, I think, life, real life, what it’s all about. It’s unfortunate — she’s got a way about her that’s very, very bad, I think, for our country,” he told local TV station KSTP during a visit to Minnesota on Monday.

Trump on Friday posted an edited video featuring a portion of Omar’s remarks at a Council on American-Islamic Relations event last month in which she discussed the civil liberties of Muslims in the United States, arguing the entire faith should not be judged by the actions of Islamic terrorists. Republicans have attacked Omar (D-Minn.) over her remarks at the event, specifically her characterization of the 9/11 attacks as "some people did something." The video on Trump’s account switched back and forth between Omar’s words and footage from the 2001 terror attacks.

Democrats have been quick to defend Omar, and House Speaker Nancy Pelosi (D-Calif.) said over the weekend that her team was working with U.S. Capitol Police and the House Sergeant at Arms, “conducting a security assessment to safeguard" Omar and her family in light of increased threats against the congresswoman. In a statement Sunday, Omar said that many of the “direct threats on my life” referenced or were in reply to Trump’s video.

Trump was asked by KSTP on Monday if he had any second thoughts about tweeting the video out.

Trump and Omar have had multiple high-profile clashes since the congresswoman was sworn in four months ago. The Minneapolis Democrat has come under fire from both sides of the aisle for comments she’s made about Israel and politicians who support it, resulting in a House resolution last month condemning bigotry that some complained didn’t target Omar specifically enough.

But Democrats have largely stuck behind Omar, pushing back against her detractors and criticizing conservatives for harping on her remarks out of context.

Trump tore into Pelosi on Monday for her continued support of Omar, imploring her in a tweet to "look at the anti-Semitic, anti-Israel and ungrateful U.S. HATE statements Omar has made."

Omar’s allies have repeatedly warned against the kind of antagonizing rhetoric being used against one of the first Muslim women elected to Congress.

Earlier this month, a Trump supporter from upstate New York was charged with threatening to shoot Omar. The congresswoman also was the target of a bomb threat at a Muslim-American civil rights event last month in Los Angeles.