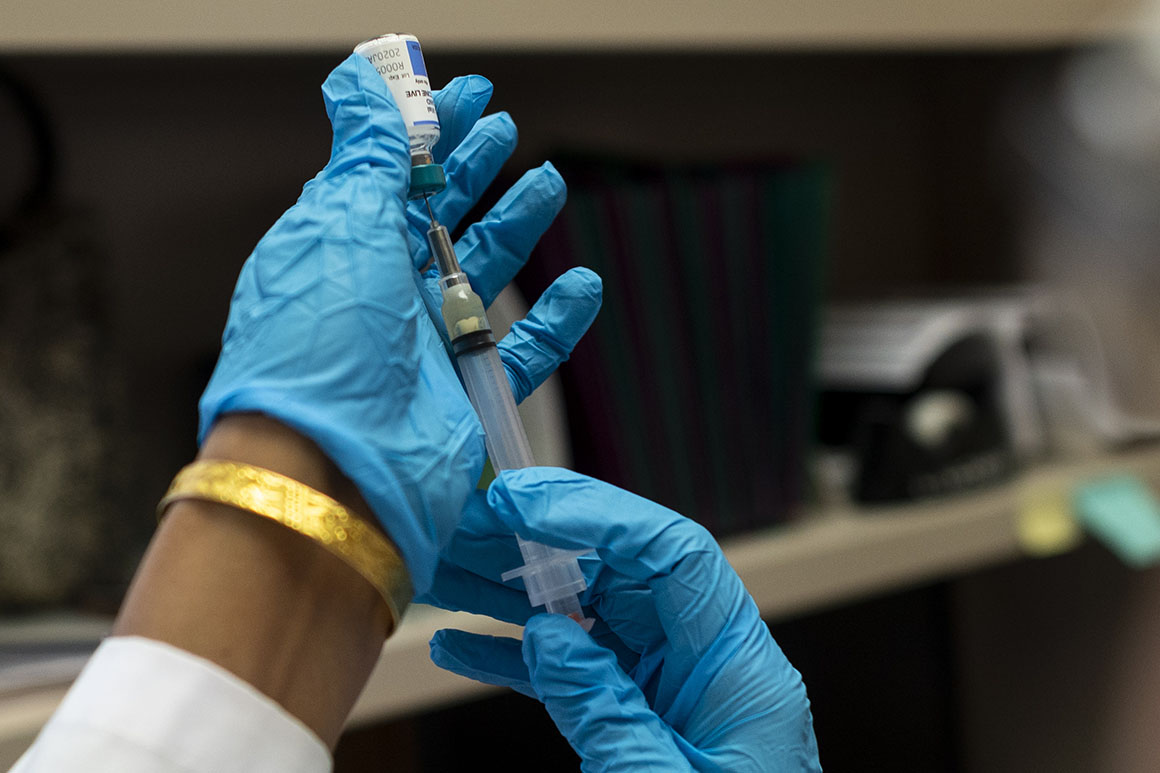 Most Republicans are rejecting Democrat-led state bills to tighten childhood immunization laws in the midst of the worst measles outbreak in two decades, alarming public health experts who fear the nation could become as divided over vaccines as it is over global warming.

Democrats in six states — Colorado, Arizona, New Jersey, Washington, New York and Maine — have authored or co-sponsored bills to make it harder for parents to avoid vaccinating their school-age children, and mostly faced GOP opposition. Meanwhile in West Virginia and Mississippi, states with some of the nation’s strictest vaccination laws, Republican lawmakers have introduced measures to expand vaccine exemptions, although it’s not yet clear how much traction they have.

In Washington state, which has one of the biggest measles outbreaks, a bill in the state Senate to narrow vaccine exemptions passed through the health committee without the support of a single Republican. The same thing happened in legislative committees in Colorado and Maine over the past week.

All states have mandatory vaccination laws, but they vary in how liberally they dispense exemptions on religious or philosophical grounds. That’s getting scrutiny as measles spreads.

Democrats present bills tightening the loopholes as science-based and necessary to fight disease, while sometimes demeaning their foes as misguided or selfish “anti-vaxxers.“ Republicans portray themselves as equally enthusiastic about the life-saving virtues of vaccines, but many are loath to diminish the right of parental control over their children’s bodies, and yield that power to the government.

Of course there are vaccine skeptics on the left, too, Robert Kennedy Jr. being the most prominent example. But to date, their influence isn’t as strong in state legislatures.

Fed by major epidemics in Israel and in Europe, measles has punctured the U.S. barrier of immunity at multiple points of entry in what’s shaping up to be the worst year for the disease since 1993, with 555 cases through early April. Outbreaks in six states include hundreds of cases in ultra-Orthodox communities in Brooklyn and Rockland County, N.Y. And the numbers are growing.

“What if God forbid someone dies?” said Jeff Dinowitz, a Bronx assemblyman whose bill to limit religious exemptions has nine Democratic co-sponsors — but no Republican backers — in the New York Assembly.

Andrew Raia, ranking Republican on the New York Assembly’s health committee, said he wouldn’t support the bill. While not totally convinced by constituents who link their children’s autism on vaccines, and unaware of any real religious injunction against vaccination, he said, “I’m not a religious leader, and I’m not a scientist either, so it’s my job to weigh both sides.”

The political struggle over vaccination is complicated by the fact that President Donald Trump and two of his Republican primary foes, Sen. Rand Paul (R-KY) an ophthalmologist, and Ben Carson, a neurosurgeon who is now HUD secretary, both voiced support for disproven theories linking vaccine to autism during a 2016 debate. Just last month, Paul said he had his own children vaccinated but railed against government mandates to do so.

Since becoming president, Trump has dropped the subject and scrapped a plan to create a commission led by Kennedy Jr. to investigate a supposed coverup of vaccine’s supposed harms by public health officials.

But officials worry they are “three Trump tweets away” from an even more polarized situation, noted MIT political scientist Adam Berinsky, who has studied communication around politicized public health and scientific issues.

In Texas, the Tea Party and related groups created an anti-vax PAC in 2015. It hasn’t yet gotten its chosen candidates elected, but the very existence of a vaccine-oriented political action committee shows the political salience is growing. Influential voices on the right, including Rush Limbaugh, Tucker Carlson and Alex Jones, have all raised suspicions about vaccines.

“There’s a credulity gap between the parties in regard to science that wasn’t there 25 years ago,” Berinsky said. And Trump could easily inflame the vaccine skepticism, should he weigh in. For a large share of the highly polarized U.S. population, “at the end of the day it’s not the arguments people are making, but who is making them,” Berinksy said.

To be sure, Republicans have traditionally backed vaccines as a parental responsibility. And although Sen. Paul opposes mandatory vaccination, other GOP members of Congress — including Sen. Bill Cassidy (R-LA) and Reps. Phil Roe (R-TN) Michael Burgess, (R-TX) and Rep. Brad Wenstrup R-OH), who are all doctors — strongly backed vaccination in statements to POLITICO, while stopping short of supporting the removal of religious or philosophical exemptions. Cassidy has come out strongly for mandatory vaccinations, and has publicly sparred with Paul.

A century of vaccination laws has shown that states with the strictest ones have lower burdens of vaccine-preventable disease. Scourges including smallpox, polio and diphtheria have been eliminated.

Rules generally get tighter following big outbreaks of disease, and groups like the American Medical Association and the American Academy of Pediatrics have used the measles outbreak to push for an end to state laws that allow people to refuse vaccination of their kids on religious or philosophical grounds.

In 1972, during a measles epidemic in Los Angeles, public health authorities kept 50,000 children out of school until their parents could prove they were vaccinated. The success of that effort led to a nationwide push for stricter laws and more enforcement.

After 89 people, mostly children, died in a 1990 measles epidemic, millions of dollars were poured into expanding vaccine availability for the poor, and in 2000, the disease stopped circulating in the United States. Since then, every case has been linked to visitors from overseas — although the virus has then spread here among the growing pockets of vaccine shunners.

Yet even Walter Orenstein, a field marshal in the earlier crackdowns who headed CDC’s immunization branch from 1993 to 2004, isn’t sure that legislation against all non-medical exemptions is the way to go.

“In my heart, and from a purely medical point of view, I agree with it,” said Orenstein, who now teaches at Emory University. “I’m a little worried it will backfire.”

Experts differ on the gravity of the political polarization. Dan Salmon, a vaccinologist at Johns Hopkins’s Bloomberg School of Public Health, notes that the only vaccine bills that have passed in legislatures in recent years — notably a 2015 law eliminating philosophical exemptions in California — have tightened, rather than loosened restrictions.

“I don’t think this is a partisan issue,” Salmon insists.

But research by Neal Goldstein of Drexel University’s public health school suggests the issue of vaccine mandates has indeed entered a hyper-partisan landscape. As a result, he said, it may be wise to avoid legislation when possible to avoid opening more wounds.

Brendan Nyhan, a political scientist at the University of Michigan, said, “My concern is that tightening requirements through the political process risks politicizing an issue that we can’t allow to be politicized if we’re going to maintain public health."