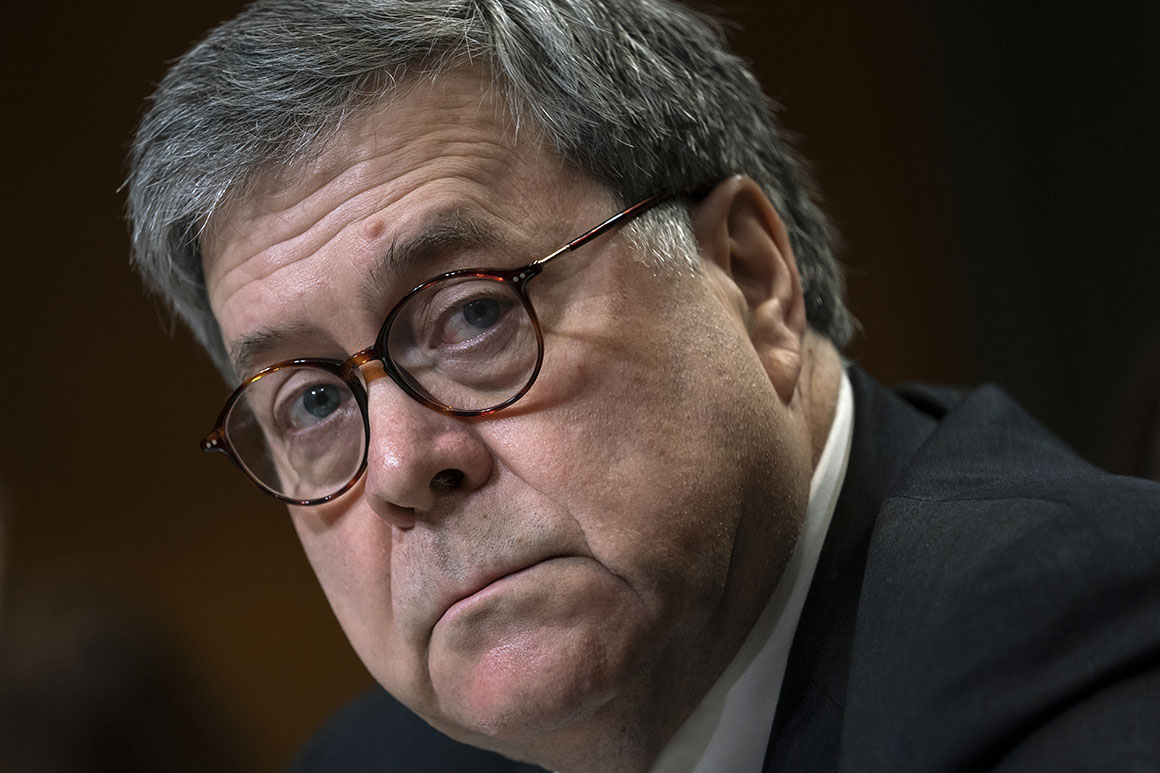 Attorney General William Barr has created public distrust about whether the Justice Department is committed to sharing as much as possible about the Russia probe’s findings, a federal judge said on Tuesday.

“The attorney general has created an environment that has caused a significant part of the public … to be concerned about whether or not there is full transparency,” U.S. District Court Judge Reggie Walton said during a hearing Tuesday afternoon on a Freedom of Information Act suit demanding access to a report detailing the findings of special counsel Robert Mueller.

Walton, an appointee of President George W. Bush, did not elaborate on what actions or statements by the attorney general have generated those perceptions.

Democrats and other critics have faulted Barr for adding his own conclusions favorable to President Donald Trump into a letter sent to Congress last month summarizing the top-line findings of the report. In addition, Barr has warned that he plans to make redactions to the report on grounds such as privacy and grand jury secrecy, prompting more complaints.

But despite Walton’s criticism, he denied a request from BuzzFeed to issue a preliminary injunction requiring the Justice Department to release Mueller’s report by Thursday.

A Justice Department spokeswoman said Monday that the nearly 400-page report, with redactions, will be released that morning to Congress and the public. However, the online media outlet pressed for an order requiring the release of the portions that must be disclosed under FOIA.

Matthew Topic, a lawyer for BuzzFeed, said at the hearing that putting a court order in place would speed up further litigation over whatever information is redacted from the report.

“The government claims it can make an open-ended extension with no specific deadline in mind,” Topic said.

Indeed, Justice Department attorney Courtney Enlow declined to say whether the version of the report made public Thursday will be identical to what the department releases under FOIA. Nor could she say whether she’d be prepared to commit to that during another hearing set for May 2 on the BuzzFeed case and a related suit.

“I can’t give you a timeline,” Enlow said.

Walton previously declined to issue a deadline for the release of a broader set of Mueller-related records in a suit filed by the Electronic Privacy Information Center, a nonprofit privacy-advocacy group.

However, the judge said Tuesday that he plans to “fast track” the issue of the report and what information in it must be disclosed, then deal with other records from Mueller’s probe.

“We’d be dealing separately with the report,” said Walton. He also said he’ll want to consider whether to order the government to give him an unredacted copy of the report so he can assess whether the redactions are proper.

“That’s something we will have to work through. I’ll have to think about it,” he said.

Walton said he hopes any disputes will be limited because the Justice Department makes the bulk of the document public.

“I would hope that the government is as transparent as it can be,” the judge said.