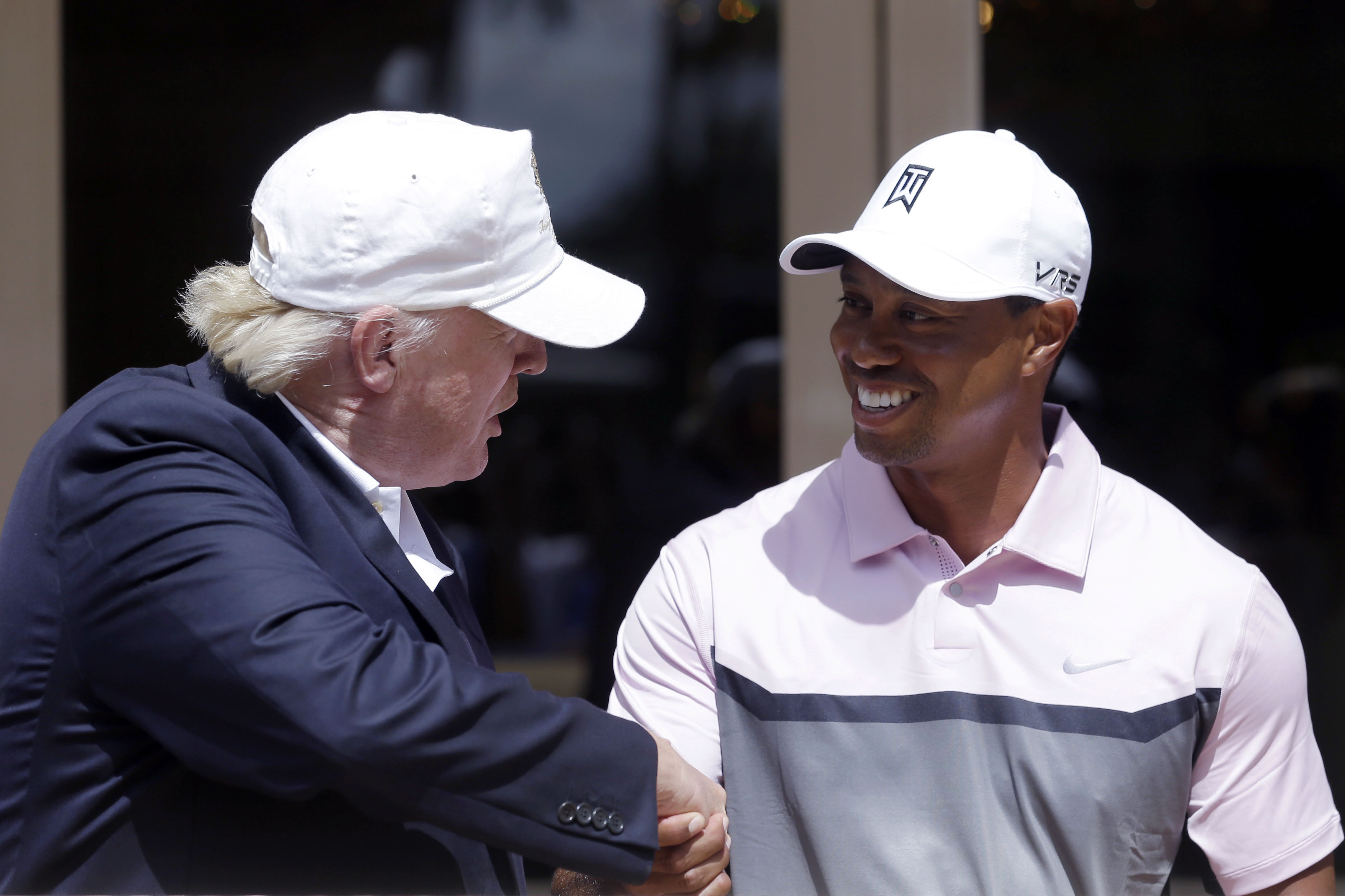 President Donald Trump announced Monday that he will award Tiger Woods the Presidential Medal of Freedom after his win Sunday at The Masters, the golfer’s first major championship win since 2008.

"Spoke to @TigerWoods to congratulate him on the great victory he had in yesterday’s @TheMasters, & to inform him that because of his incredible Success & Comeback in Sports (Golf) and, more importantly, LIFE, I will be presenting him with the PRESIDENTIAL MEDAL OF FREEDOM!" Trump tweeted.

The Presidential Medal of Freedom is one of the highest civilian awards and is bestowed upon those who have made “especially meritorious contributions to the security or national interests of the United States, to world peace, or to cultural or other significant public or private endeavors."

Woods, considered one of the greatest golf players of all time, last won the Masters in 2005 and his last victory in one of golf’s four major championships was at the 2008 U.S. Open. He has 15 major championship wins in his career, second all time behind Jack Nicklaus, who has 18.

Trump is an avid fan of golf, a sport he is known to play regularly, including on frequent trips to the multiple golf properties he owns. The Trump Organization maintains 19 golf properties, including well-known courses at Turnberry, Scotland, West Palm Beach, Florida, and Trump National Doral in Miami.

Trump and Woods, who lives in Florida not far from the president’s Mar-a-Lago club, have a friendly relationship and have played golf together in the past. The president, Woods and Nicklaus played together last February at Trump’s Jupiter, Florida, course.

The president has presented Medals of Freedom to multiple other athletes, including Roger Staubach and Alan Page, as well as a posthumous award for Babe Ruth.