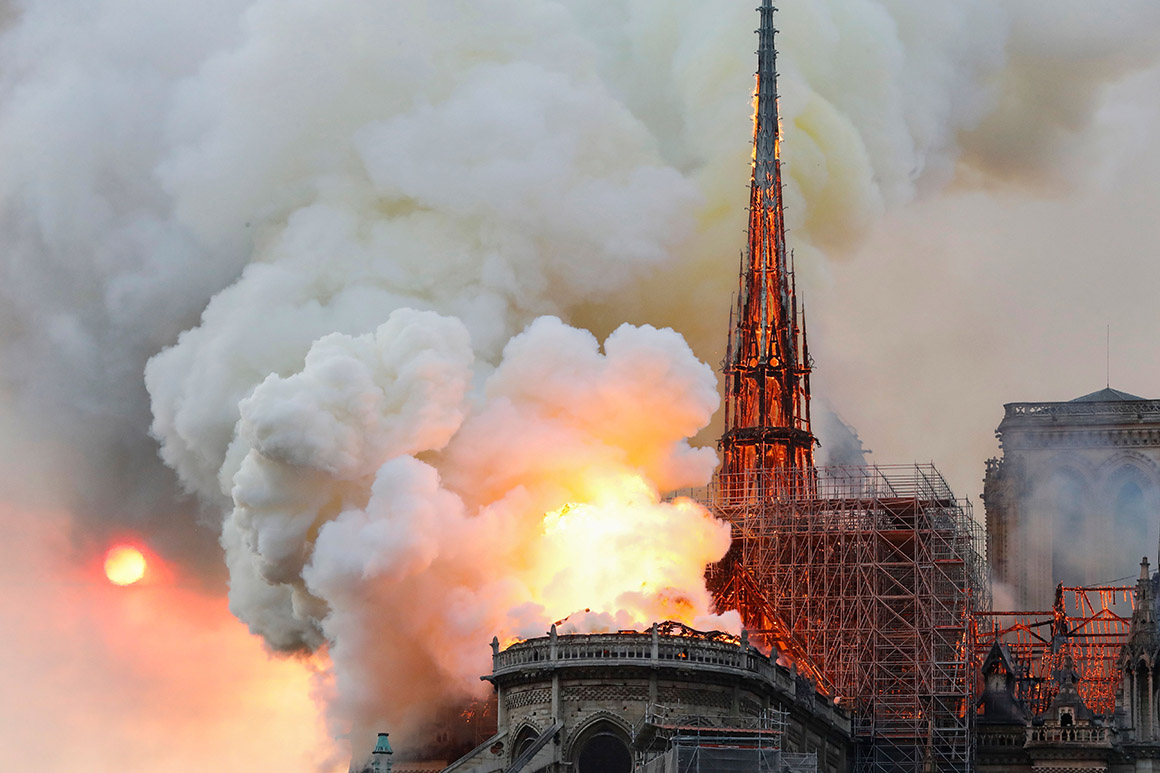 “So horrible to watch the massive fire at Notre Dame Cathedral in Paris,” the president wrote on Twitter. “Perhaps flying water tankers could be used to put it out. Must act quickly!”

The Associated Press reported that firefighters responded to a massive blaze in the French capital on Monday as flames and black smoke were seen billowing from the top of the medieval cathedral, one of Paris’ most famous landmarks.

The cause of the fire was unknown, though French media reported it may be linked to renovation work being done in the peak of the church, according to the AP.

When news of the fire broke, Trump was aboard Air Force One en route to Minnesota to visit a truck and equipment company for a roundtable discussion on tax cuts and the U.S. economy. Fox News started airing footage of the burning monument 10 minutes before the plane landed.