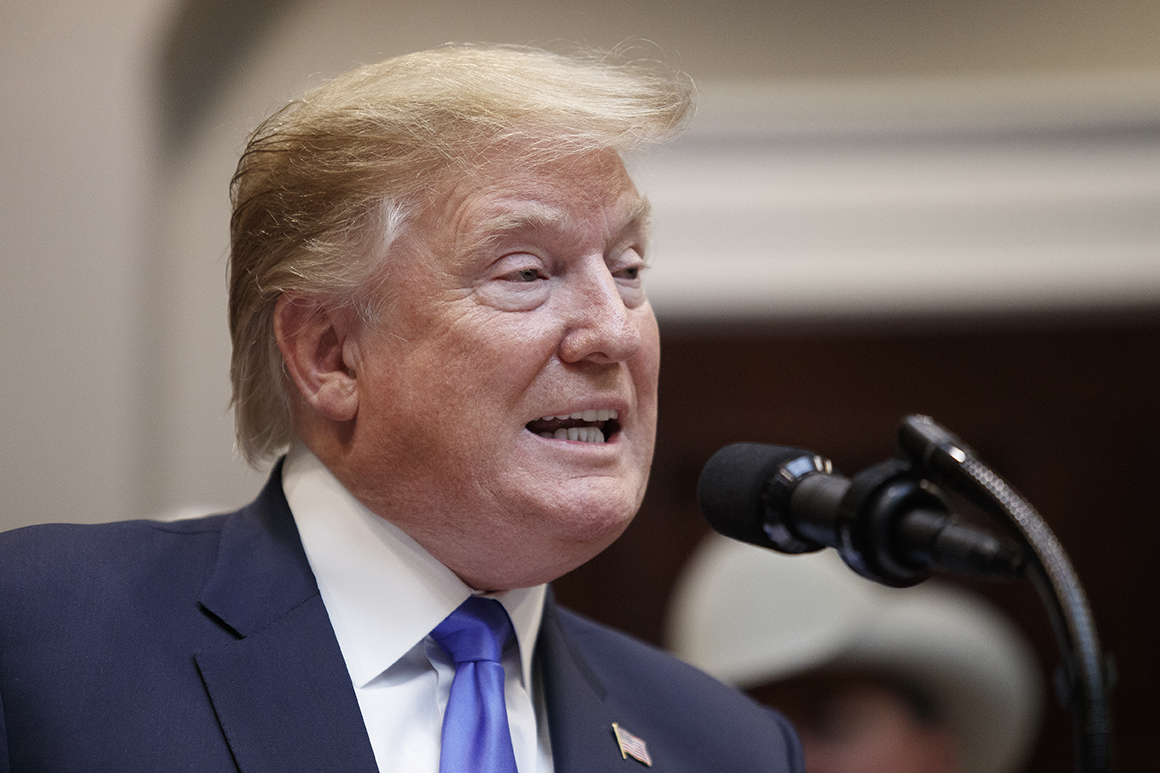 President Donald Trump on Monday suggested aviation giant Boeing ditch the designation for its scandal-plagued 737 MAX planes, renaming the aircraft once a critical software issue is fixed and they are able to fly once again.

“What do I know about branding, maybe nothing (but I did become President!), but if I were Boeing, I would FIX the Boeing 737 MAX, add some additional great features, & REBRAND the plane with a new name,” Trump wrote in a tweet. “No product has suffered like this one. But again, what the hell do I know?”

The 737 MAX series planes were grounded worldwide last month after one of the planes crashed shortly after takeoff in Ethiopia, killing everyone on board and drawing comparisons with another deadly crash involving the same model in October.

At issue, according to preliminary crash reports for both fatal flights, was a flaw in the plane’s automation software. The crashes have renewed scrutiny on the FAA’s approval process, some of which has been outsourced to aircraft manufacturers. It has also spawned questions about how much Boeing knew about the glitch, prompting demands for congressional hearings on both issues.

The U.S. was one of the last major countries to ground the planes, with the FAA initially resisting such a move until it said new data collected from the site of the Ethiopian Air crash merited grounding the jetliners.

The FAA is conducting a review of the planes and has insisted they will remain grounded until the agency can ensure the effectiveness of the eventual software fix. In the meantime, U.S. carriers like American Airlines and Southwest Air have continued to cancel flights through August due to the grounding.

Boeing has registered more than 7,700 orders for the MAX from air carriers around the world.

After last month’s crash, but before the U.S. issued its grounding order, Trump laid the blame on the industry’s technological advancements, complaining in a tweet that “pilots are no longer needed, but rather computer scientists from MIT.”

That insistence from Trump prompted a personal phone call from Boeing CEO Dennis Muilenburg, who the company said assured the president the MAX planes were safe to fly.

Trump later said that he didn’t believe Boeing knew how to fix the software glitch, but said he hoped the planes were only grounded “for a short period of time” and spoke highly of the company, whose former leader he tapped to lead the Pentagon as acting secretary of defense.