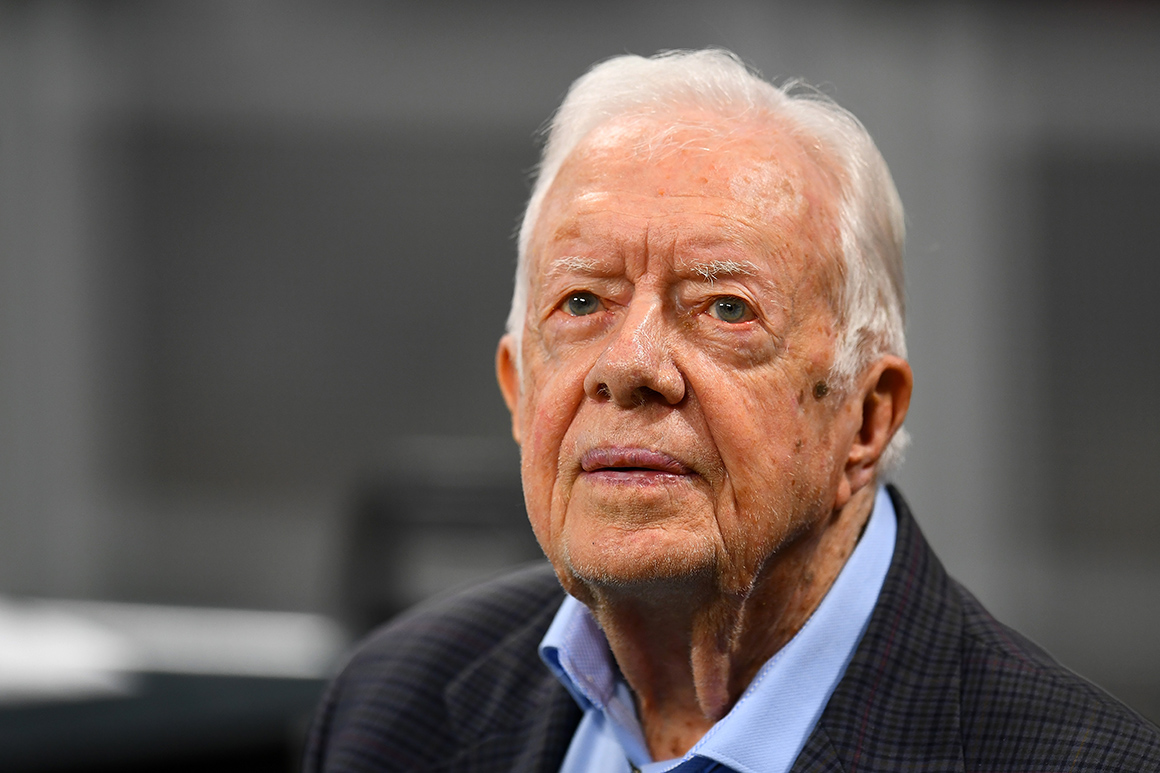 The White House announced Monday that President Donald Trump spoke by phone over the weekend with former President Jimmy Carter after Carter wrote to the president about his trade negotiations with China.

In a statement, the White House praised Carter’s “beautiful letter” and said the pair “had a very good telephone conversation about President Trump’s stance on trade with China and numerous other topics.”

“The President has always liked President Carter and First Lady Rosalynn Carter, and extended his best wishes to them on behalf of the American people,” the statement added.

Carter, who last month became the oldest living president, disclosed his talk with Trump during one of the biweekly Sunday school classes he teaches in his hometown of Plains, Ga., according to Atlanta radio station WABE.

Carter oversaw the normalization of U.S.-China relations during his one term as president, and said during an event in January commemorating the 40th anniversary of that milestone that he was planning to draft a letter advising Trump to convene a small group of informal “distinguished” advisers on China.

He told Sunday’s congregation that Trump said he felt China was “getting ahead of us,” adding that he agreed with the president.

“And do you know why? I normalized diplomatic relations with China in 1979. Since 1979 do you know how many times China has been at war with anybody? None. And we have stayed at war,” Carter argued.

He said that China had been able to invest in infrastructure and its education system while the U.S. had been focused on waging wars. But he added that “I wasn’t comparing my country adversely to China, only “pointing that out because I happened to get a phone call last night.”

Carter reportedly did not mention whether Trump discussed his ongoing trade war with Beijing, but said Trump was worried about China leapfrogging the U.S. as a world economic superpower, though he said he doesn’t share those concerns.

“I don’t really fear that time, but it bothers President Trump and I don’t know why. I’m not criticizing him — this morning,” he reportedly said, to laughs.

The Democrat, who stays active in his community despite being nearly 95, reportedly said Saturday’s phone call was the first time he’d ever spoken to Trump, despite being present at his inauguration in 2017.