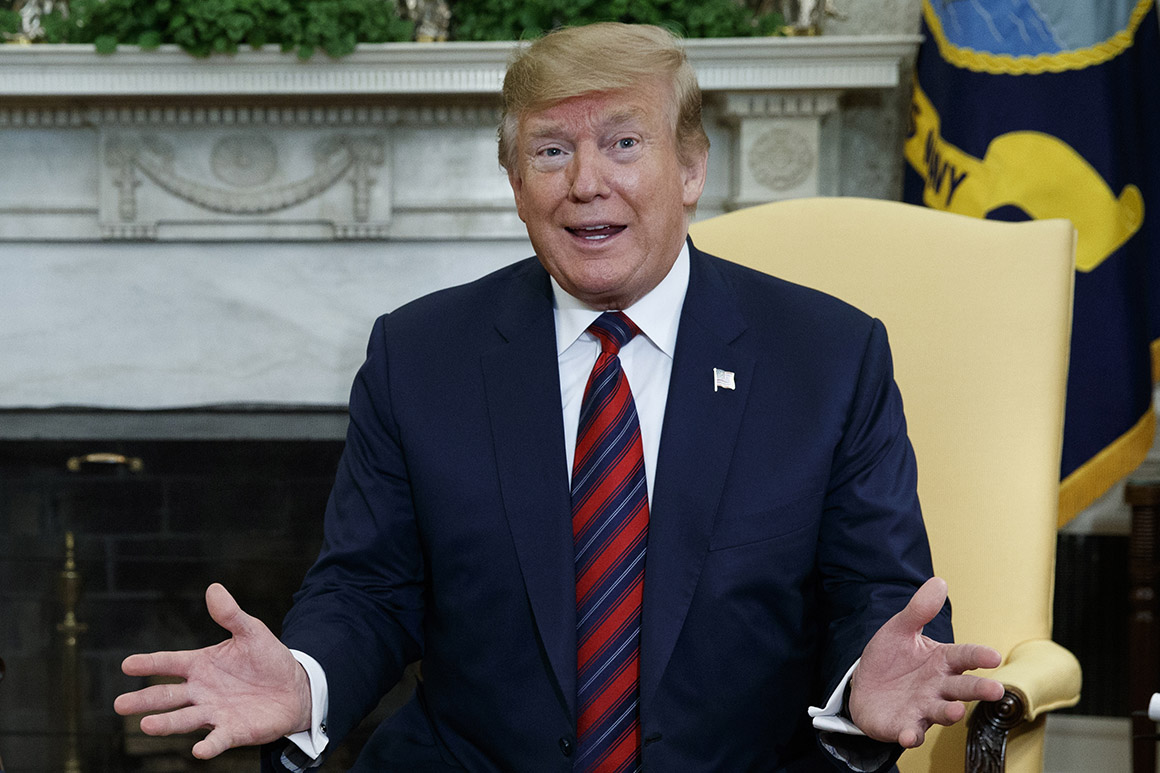 President Donald Trump on Monday escalated his verbal attacks on Rep. Ilhan Omar, less than 24 hours after House Speaker Nancy Pelosi announced that she is seeking protection for the Minnesota congresswoman due to increased death threats following tweets from the president.

"Before Nancy, who has lost all control of Congress and is getting nothing done, decides to defend her leader, Rep. Omar, she should look at the anti-Semitic, anti-Israel and ungrateful U.S. HATE statements Omar has made," Trump tweeted. "She is out of control, except for her control of Nancy!"

Pelosi on Sunday announced that U.S. Capitol Police and the House sergeant-at-arms “are conducting a security assessment to safeguard" Omar, her family and staff after Trump tweeted an edited video of the Minnesota Democrat superimposed over images of the 9/11 terrorist attacks.

“We will never forget,” Trump’s wrote on Friday in the tweet that included the edited video.

Trump’s video tweet came after Omar made remarks about the civil liberties of Muslims in the United States, during which she referred to the 9/11 terrorist attacks by saying "some people did something." Omar, one of the first Muslim women to be elected to Congress, has received backlash for her comments.

Several Republicans and conservative commentators called out the congresswoman after her comments, with Rep. Dan Crenshaw (R-Texas) causing her remarks to go viral.

However a number of Democrats, including freshman Rep. Alexandria Ocasio-Cortez, have come to Omar’s defense.

Omar on Sunday evening said in a statement, "since the President’s tweet Friday evening, I have experienced an increase in direct threats on my life — many directly referencing or replying to the President’s video."

"Violent rhetoric and all forms of hate speech have no place in our society, much less from our country’s Commander in Chief," she said in the statement. "We are all Americans. This is endangering lives. It has to stop."