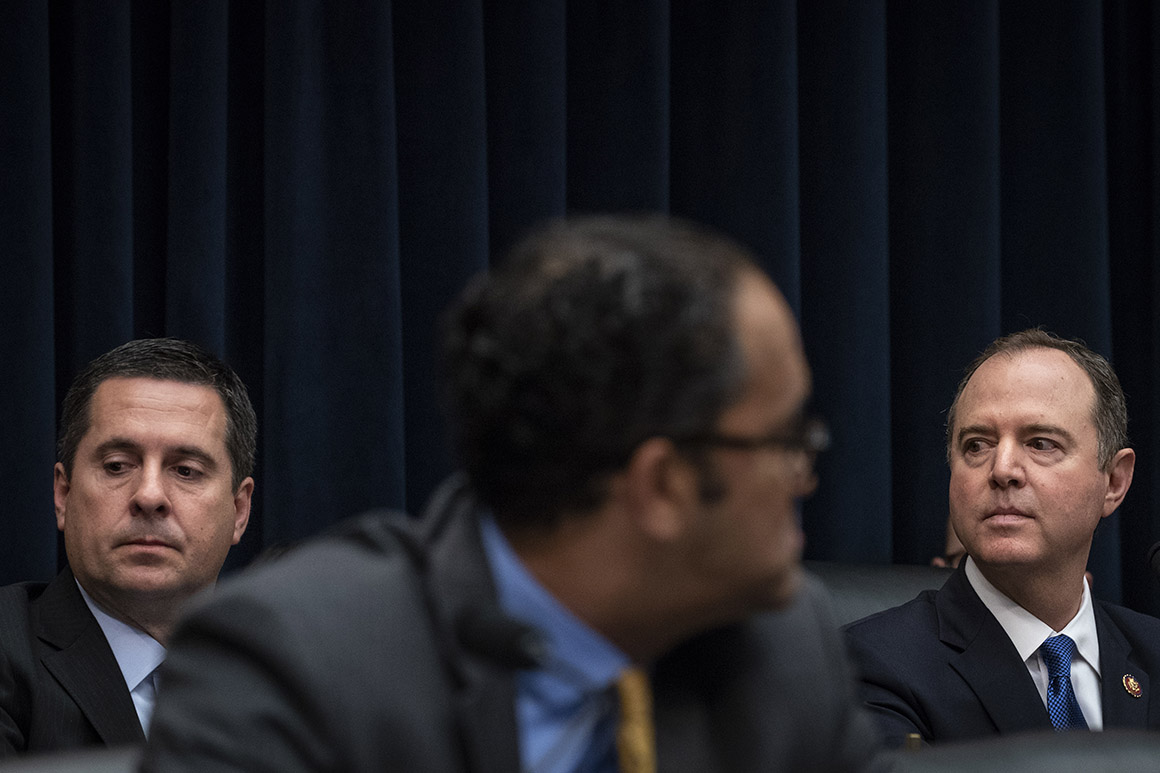 House Intelligence Committee Chairman Adam Schiff and top GOP committee member Devin Nunes have briefly united to request a classified briefing from special counsel Robert Mueller and his team on every aspect of their findings.

The two men, who have clashed repeatedly over the Russia probe, similarly requested every scrap of evidence that Mueller collected or produced, "regardless of form and classification."

In a three-page letter sent late last month to Attorney General William Barr, Schiff and Nunes said it’s their role on the Intelligence Committee to review and understand any counterintelligence findings that Mueller may have reached — including those related to the Kremlin’s efforts to interfere in the 2016 election and whether any Americans aided the effort, wittingly or unwittingly.

The letter, obtained from an Intelligence Committee source, was sent on March 27 and emerges just three days before Barr is expected to deliver a redacted version of Mueller’s findings to Congress. That version of the report is expected to exclude several categories of information, including classified material, evidence related to ongoing investigations and grand jury information.

Schiff and Nunes’ letter, however, makes clear there’s rare bipartisan unity on the Intelligence Committee to see the information hidden behind those redactions.

The lawmakers want some of the most sensitive work products investigators produce, including "raw reporting" as well as interview notes known as FD-302s, from as early as January 2015 to the present "which relate to any U.S. government contacts with any person formally or informally associated with the Trump campaign.

Top Republican on the panel Rep. Doug Collins of Georgia urged Democrats to seek a briefing next week — while Congress is in recess — but Democrats said it was likelier to come later, after Barr testifies to the committee in early May.

Nunes has lately slammed Mueller’s work as partisan and unreliable.

"The Mueller report, we can just burn it up. It is a partisan document," Nunes said in a Fox News interview on March 24, adding that he had no interest in seeing the report.

Nunes has also been seeking a private audience with Barr to discuss eight criminal referrals he intends to lodge, encouraging prosecutors to investigate the FBI and Justice Department officials who helped launch the Trump-Russia probe in July 2016.

Just one day after Nunes and Schiff signed the letter, Nunes joined Republicans on the Intelligence Committee to call for Schiff to resign as chairman, arguing that his commentary throughout the Mueller probe had damaged his ability to lead the panel.