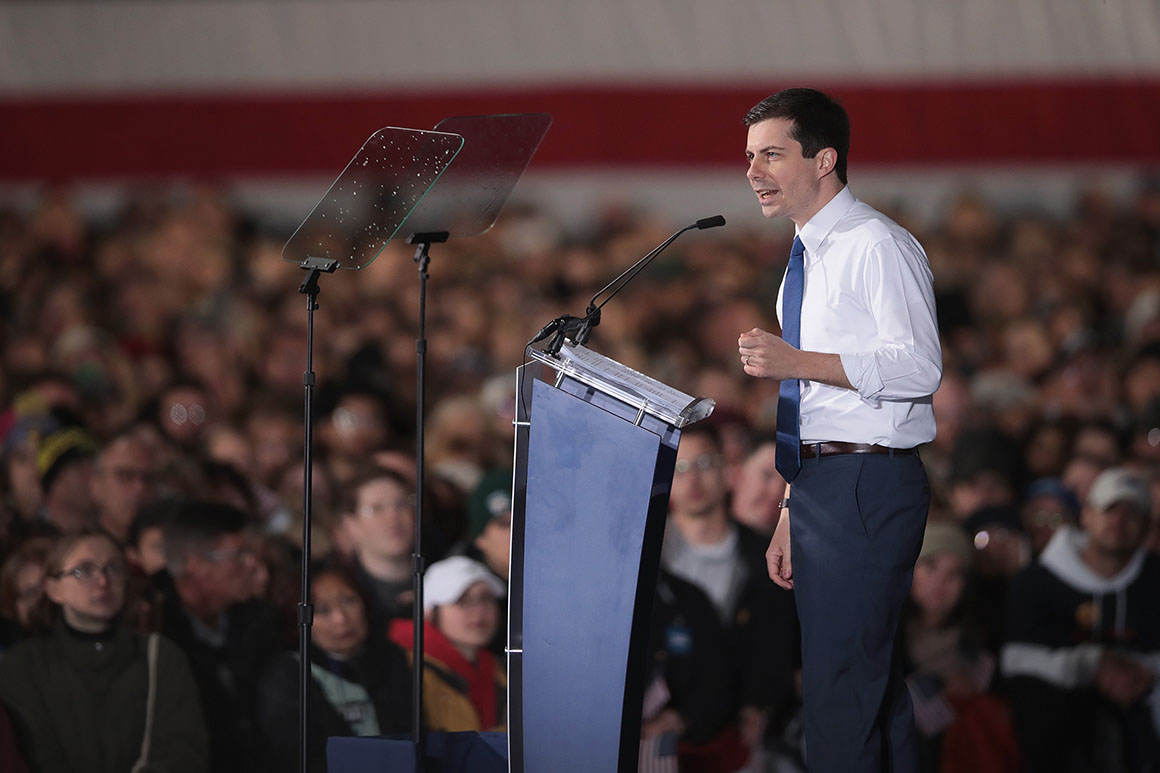 Democratic presidential candidate Pete Buttigieg on Monday night advocated a form of national public service for all young adults as a way to create unity among Americans.

"We really want to talk about the threat to social cohesion that helps characterize this presidency but also just this era," the mayor of South Bend, Indiana, told MSNBC’s Rachel Maddow. "One thing we could do that would change that would be to make it, if not legally obligatory, but certainly a social norm that anybody after they’re 18 spends a year in national service."

Buttigieg mentioned that for him as well as several former presidents, including John F. Kennedy and George H. W. Bush, serving in the military allowed them to meet and build trust with people of starkly different backgrounds, education and income. Buttigieg served in the Navy from 2009 to 2017, including a deployment to Afghanistan. Buttigieg and Rep. Tulsi Gabbard (D-Hawaii) are the only current Democratic presidential candidates who are veterans.

Buttigieg was vague about what would constitute national service, but both he and Maddow acknowledged it would most likely not be a military draft. Without saying the program would be mandatory, Buttigieg did suggest colleges and employers ask applicants about participation in it.

The Indiana mayor said a national service program could be a tool to bridge deepening divisions in American society and increase public participation. Buttigieg mentioned that similar proposals have been made in the past and generally been widely popular. Still, he acknowledged creating such a program could be a long shot.

"It’s one of these ideas that everybody kind of likes, but it was always important and never urgent," Buttigieg said of a national service program. “How would that ever kind of hold on its own in a policy debate where we deal with kids in cages and we have to deal with climate change and there are all these pressing, burning issues?“

Maddow and Buttigieg’s chummy conversation also touched on the mayor’s experience coming out at the age of 33 and touching on past points he’s made about building trust among his constituents in South Bend.