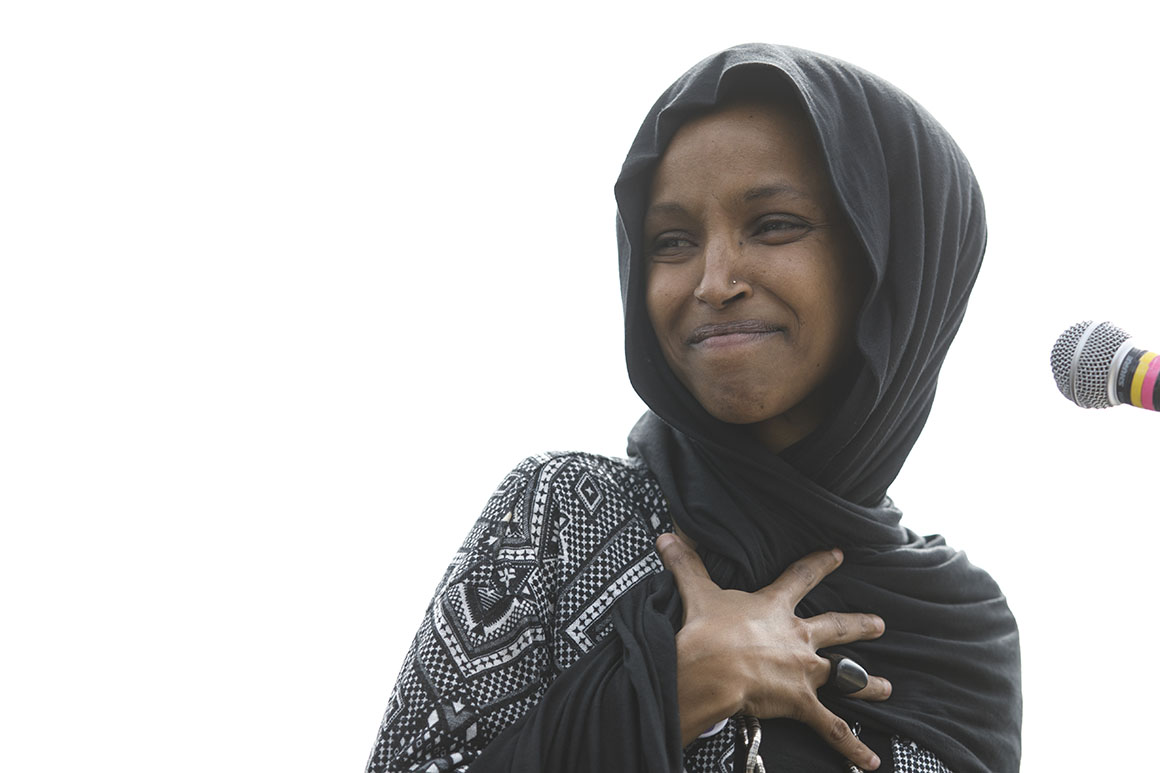 Small-dollar donors rushed to defend embattled Rep. Ilhan Omar (D-Minn.) in the first three months this year, according to a fundraising report filed Monday with the Federal Election Commission.

Omar, a Minnesota Democrat elected in 2018 and sworn in for the first time in early January, found herself embroiled in controversy shortly after arriving in Washington. The first Somali-American member of Congress was widely rebuked in February, including by her own party, after writing a Twitter post that invoked anti-Semitic tropes about U.S. politicians’ support for Israel.

Omar raised $832,000 in the first quarter, according to her FEC report — among the best totals posted by any House Democrat. Roughly half of her donations, $415,000, came from people who gave less than $200 to Omar, and the majority of her funds, $631,000, came from online donors who gave via ActBlue, the Democratic online fundraising platform that has been such a boon to the party’s candidates in recent years that Republicans are scrambling to develop an alternative.

Her $832,000 haul puts her among House Democrats’ top fundraisers in the first quarter, topping every Democratic incumbent running in a vulnerable district, including prolific fundraisers like Rep. Josh Gottheimer (D-N.J.), who raised $830,000 for his reelection campaign inside the expensive New York media market, and freshman Rep. Josh Harder, who took in $800,000 in California.

Omar represents a safely Democratic, Minneapolis-based district that she won by a 56-point margin. She succeeded now-state Attorney General Keith Ellison in Congress, winning the Democratic nomination in a six-candidate primary with 48 percent of the vote.

More recently, Omar has been a target of rhetorical attacks by President Donald Trump and other Republicans accusing her of downplaying the Sept. 11, 2001 terrorist attacks. She and her allies say their comments have prompted a number of death threats against her.

Democratic presidential candidates rose to her defense, and House Speaker Nancy Pelosi (Calif.) said this week that the U.S. Capitol Police and House sergeant-at-arms are working to “safeguard” Omar, her family and her staff.” But the new campaign finance report only covers activity through the end of March.