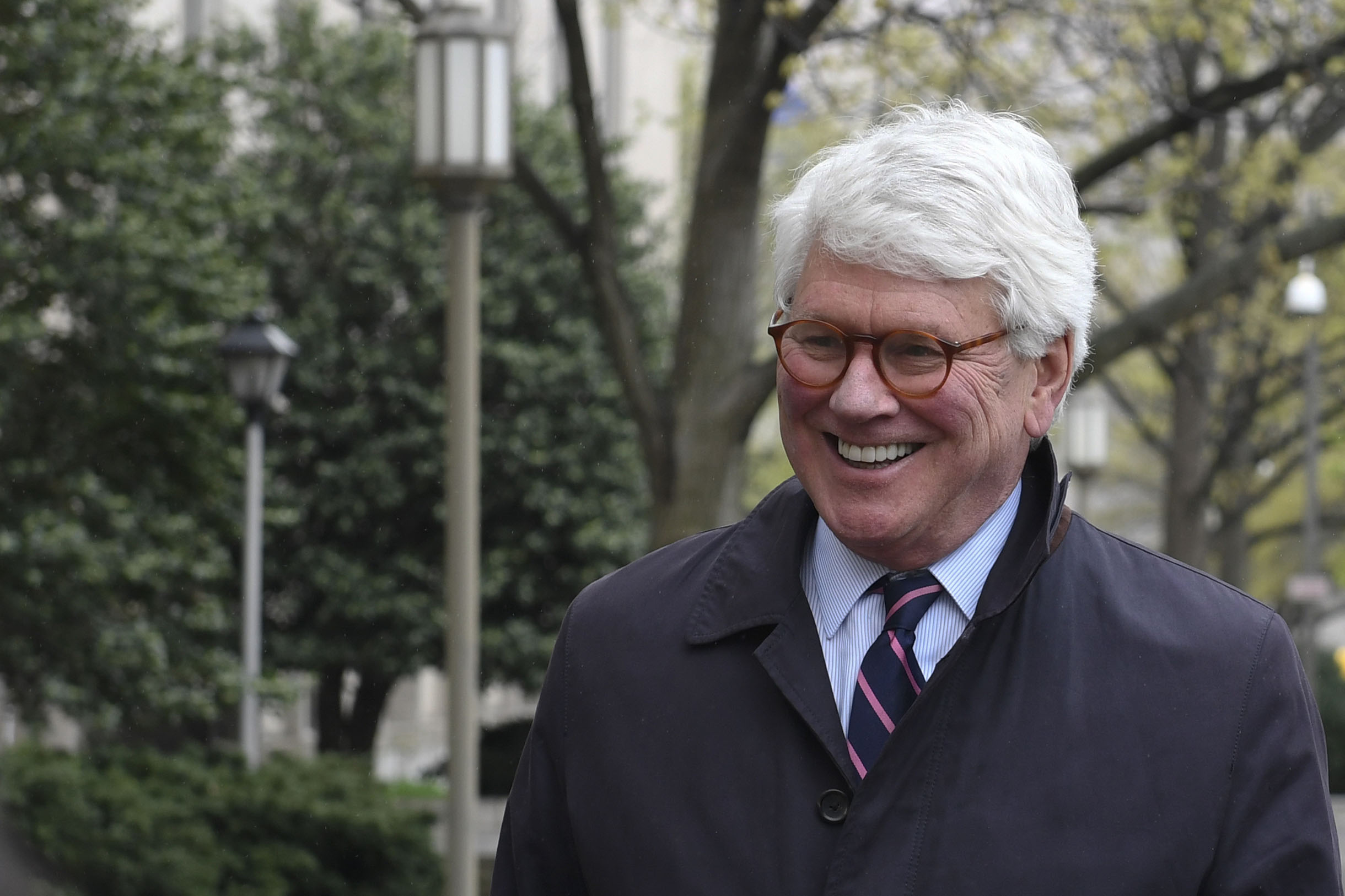 A judge said Monday she’s considering a trial in August for former Obama White House counsel Greg Craig, who was indicted last week on two felony charges stemming from an alleged scheme to mislead the Justice Department about his work for Ukraine as a private attorney.

During Craig’s first appearance before U.S. District Court Judge Amy Berman Jackson, the defense said it is eager for a quick conclusion to the case, which grew out of special counsel Robert Mueller’s investigation but is now being handled by federal prosecutors from the U.S. Attorney’s office in Washington.

“We’d like this case resolved as soon as possible,” defense lawyer William Taylor told Jackson during a half-hour hearing in federal court in Washington.

Jackson said a trial this summer is possible, but pretrial legal motions will have to be filed and argued relatively quickly.

“I will try to come up with something that works so that this case is tried in August,” the judge said.

As Jackson wrestled with various dates in August to start a potential trial, Craig nodded emphatically.

However, Taylor made clear that the defense is hoping there won’t be a trial at all. Craig’s lawyers plan to file motions to throw out the case, which claims that Craig made a series of false and misleading statements when his work for Ukraine’s Ministry of Justice came under scrutiny from the U.S. Justice Department’s foreign agents registration office and, later, from Mueller’s team.

“Mr. Craig — as you know, our position is — is entirely innocent,” Taylor said.

The defense’s central argument will be that most of the case against Craig stems from allegations that he failed to disclose information to the Justice Department about his work in connection with a report he and his then-law-firm, Skadden Arps, prepared in 2012 for Ukrainian President Viktor Yanukovych’s government about the criminal trial of Yanukovuch’s political rival, Yulia Tymoshenko.

Taylor said there’s no affirmative duty under the law to convey “all relevant facts” to the government. He pointed to a 2008 appeals court ruling overturning several convictions against federal official David Safavian, who was prosecuted as part of the Jack Abramoff lobbying scandal.

“They have pled a theory that’s been rejected by the circuit,” Taylor said.

Jackson chimed in at that point, saying she did not think the courts have foreclosed all prosecutions for false statements based on “omissions.” She also noted that the indictment does appear to allege some things Craig told investigators were outright false.

“Those…are certainly not misrepresentations and they are certainly not material,” Taylor insisted. He also argued that one of the two false-statement charges in the indictment is defective because the law in question only prohibits false statements in filings with the Justice Department’s foreign-agent office. Craig is alleged to have misled officials during an in-person meeting.

Prosecutor Fernando Campoamor-Sanchez did not immediately respond to the defense claims. He said the prosecution was learning about some of the planned motions for the first time.

Campoamor-Sanchez said he expected the prosecution’s case to take five or six trial days. With jury selection, opening and closing statements, and a possible defense case, the full trial could take about two weeks, he said.

Jackson also told lawyers she’s considering whether a gag order may be appropriate in the case and wants to hear from them within about a week on whether she should do so.

The judge said any such order would apply to “both sides.” She did not mention that statements by President Donald Trump could complicate any effort to rein in comments on the case. After Craig’s indictment, Trump took to Twitter to critique the New York Times and Washington Post for downplaying their stories about the charges.

Craig issued a video statement of his own last week, proclaiming his innocence.

Jackson also resolved a dispute between the parties about Craig’s ability to travel while the case is pending.

Prosecutors said Craig, 74, should have to surrender his passport and get prior approval from the court for foreign travel, but the defense took umbrage at that, saying Craig has been a member of the bar for 45 years and has a sterling reputation.

“There is simply no likelihood, no possibility that Greg Craig is not going to appear for trial in this case,” Taylor said. “I don’t need to go through the consequences to him of this case.”

However, Jackson sided with prosecutors, ordering Craig to turn in his passport and to get permission from the court for any trips abroad. He will be permitted to travel in the U.S. as long has he gives prior notice to the probation office, she said.