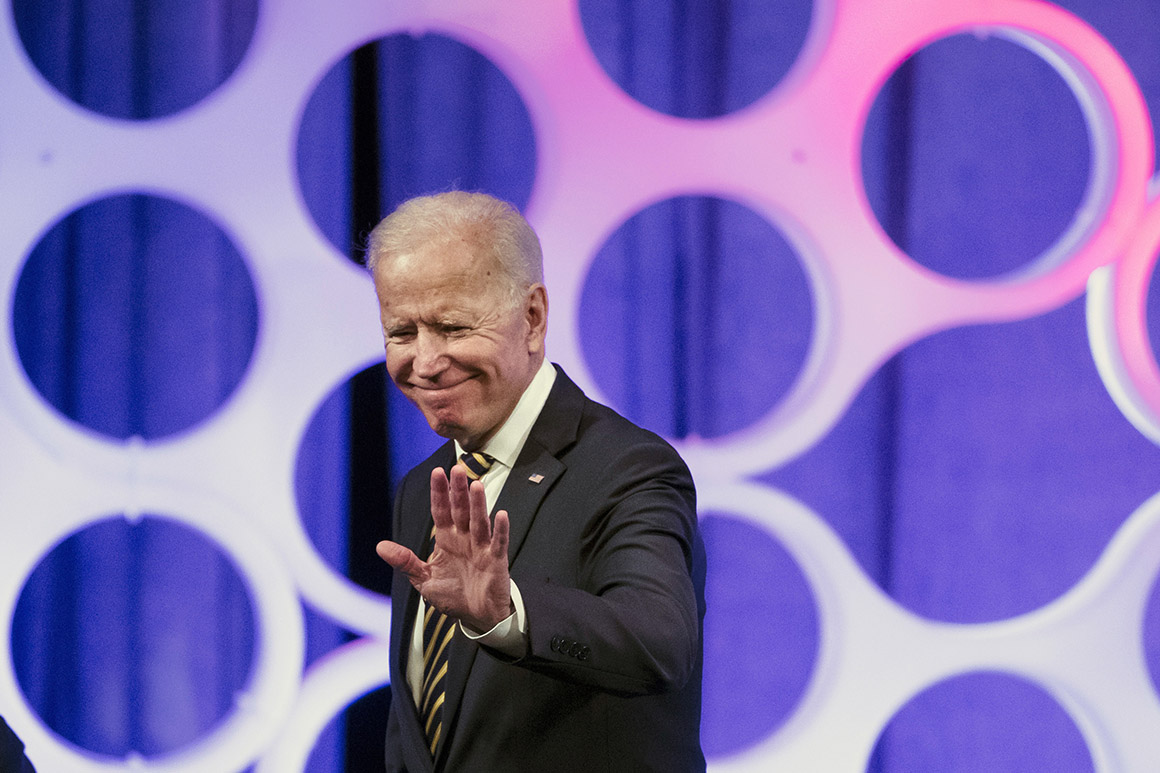 In the run-up to his expected presidential campaign announcement, former Vice President Joe Biden’s supporters cut a Spanish-language ad in South Florida over the weekend emphasizing healthcare, education and his biography.

The Saturday film shoot was a hushed affair — paid local actors signed non-disclosure agreements promising not to discuss the job. But some posted images on social media of the Fort Lauderdale commercial anyway, prompting a flurry of emails warning of legal exposure and requesting that those involved delete any images of the shoot and not talk to the media about it.

“We are in a hot mess with campaign and client because someone leaked footage,” read a Monday email to the actors obtained by POLITICO. The email surmised that the footage was from “some moms taking photo/video of their kids while they were being filmed.”

Biden’s spokesman, Bill Russo, said his team “wouldn’t comment on that” when asked Monday about the commercial shoot. It was unclear who was behind the commercial, whether it was Biden, his American Possibilities political committee or another group.

Biden is expected to announce after Easter Sunday — offers have been accepted by prospective campaign staffers and a state chairman is being lined up. But supporters caution that nothing is final until the former vice president gives the final word.

The South Florida commercial shoot is the second tied to Biden in as many weeks: On April 4, Biden was spotted filming in front of his childhood home in Scranton, Pa.

The Spanish-language ad shot in Florida indicates how seriously Biden would court the growing Latino vote, which is crucial in early state Nevada on Feb. 20 as well as California, which has moved its primary up to March 3. Florida’s primary is not scheduled until March 17, but it’s the biggest swing state in the nation with a Hispanic voting population that exceeds 16 percent.

One source familiar with the South Florida shoot on Saturday said the commercial used a diverse array of local Spanish-language actors. There was no script, but actors read words in Spanish such as “faith” and “opportunity” while standing in front of a green screen. The ad also included images of Hillary Clinton, the 2016 Democratic presidential nominee, and President Trump, according to the source, adding that the ad included a discussion about healthcare and education.

The Monday email sent to the South Florida actors included a message from a group acting as a conduit between the talent agency and what it called “the campaign and client.”

That message complained that “photos/videos were leaked from our political shoot on Saturday. This is a VERY SERIOUS matter, as to why we had everyone sign an NDA agreement.”

The words “VERY SERIOUS” were highlighted in red font along with a request that anyone “PLEASE DELETE” any images they took onset and a request that people “DO NOT COMMENT” if they’re contacted by the press.

“If found photos or videos were posted after signing the NDA,” the email warned, “legal action can occur.”