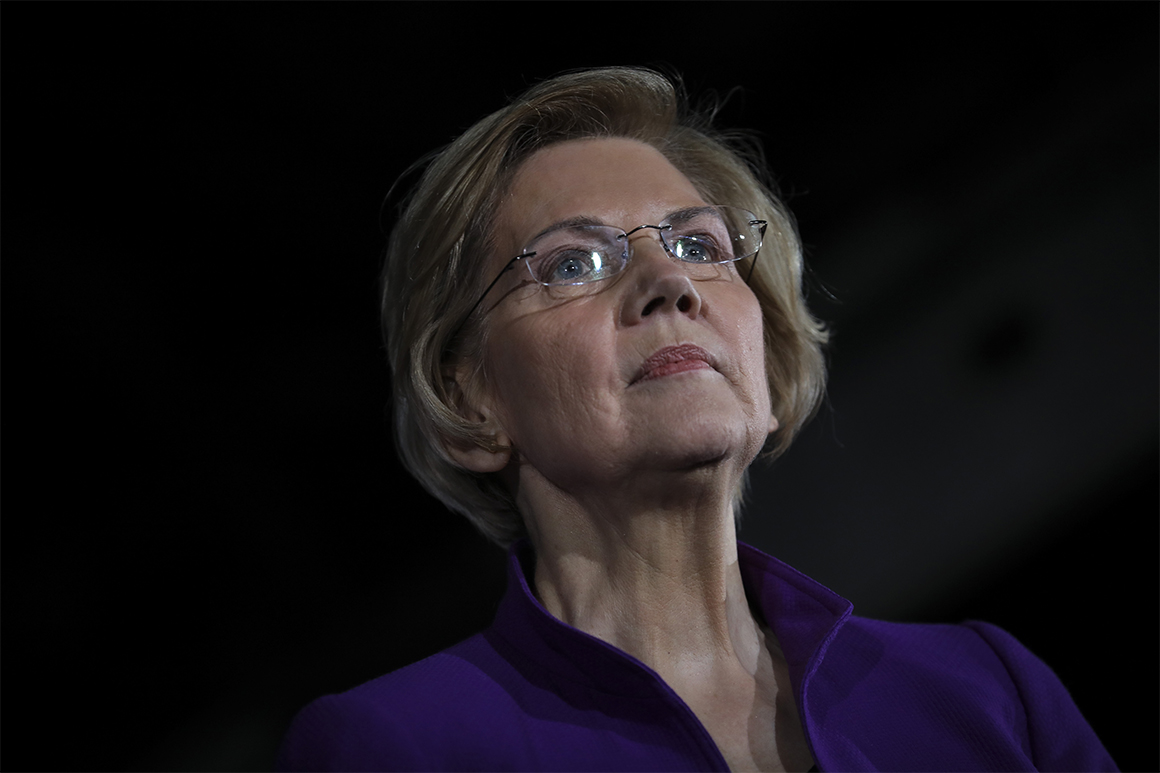 Even as an unprecedented number of women have jumped into the 2020 presidential race, many Americans still believe men are “better suited emotionally” for politics, according to new survey results published Tuesday morning.

Roughly 13 percent of Americans still think men are “better suited emotionally” than women to hold office, according to a survey by the Georgetown University Center on Education and the Workforce. The report notes that figure is lower than it’s ever been — and indicates major progress, especially compared with 1975, when nearly 50 percent of Americans held the belief — but it’s still big enough to “cause candidates to lose elections.”

The findings come as at least half a dozen women — including Sens. Kamala Harris of California, Elizabeth Warren of Massachusetts, Amy Klobuchar of Minnesota and Kirsten Gillibrand of New York and Rep. Tulsi Gabbardof Hawaii — have said they will seek the Democratic nomination in the 2020 presidential race.

The report points to an “imbalance” in coverage of women seeking office versus men and cites an article in POLITICO about complaints that Democratic hopeful Beto O’Rourke received inordinate media coverage compared with female candidates when he entered the race.

“While members of the media have engaged in public reflection about gender bias in reporting, the imbalance continues,” it says. “For example, when Beto O’Rourke announced his candidacy for president, he received media coverage that dwarfed the attention paid to similar announcements by women candidates, even as some of that coverage criticized him for seeming to be unaware of his White male privilege.”

Kate Manne, an assistant professor of philosophy at Cornell University, recently noted the trend, writing that “the evidence is mounting that these patterns are the work of sexism and misogyny — albeit often unconscious, unwitting and the result of implicit bias.”

That bias, the Georgetown report notes, “weeds out potential candidates on the basis of stereotypes” and “arguably prevents voters from electing the most capable and qualified leaders.”

“In politics, as in other competitive arenas, the American ideal is that in a fair contest, talent ought to rise to the top,” the report says. “But gender norms may be placing artificial limits on the talent pool for political leadership.”

Still, voters sent a record number of women to the House in November, and the report notes there is ample evidence a woman could be elected president after Hillary Clinton won the popular vote by nearly 3 million votes. The percentage of Americans who think men are better suited dropped a full 5 points from 2014 to 2018, as well.

Educational attainment makes a big difference, as well. Nineteen percent of Americans whose education level is less than a high school diploma said men are generally better suited emotionally for politics than most women, compared with 7 percent of respondents who have a master’s degree or higher.

“These findings offer support for the common belief that education is an antidote to intolerance, at least when it takes the form of bias against women in politics,” the report notes. “But women who run for office still start with a 13 percent deficit compared to men.

“The role that sexism plays in politics is shrinking, but it’s still too substantial to ignore.”